Confession. This post was supposed to say something like “two months in a row.” And that would have been back in April! Then it became, “In the same week.”

Yesterday, I thought it would be “Two Days in a row.”

But no. Never to do things the ordinary way, I would be the one who just happened to have a book release on the day another book releases in a collection.

Because that’s how I roll. Or something. Probably that “something” thing.

Enough of all that. I mean, we’ve got stuff to talk about. Such as… 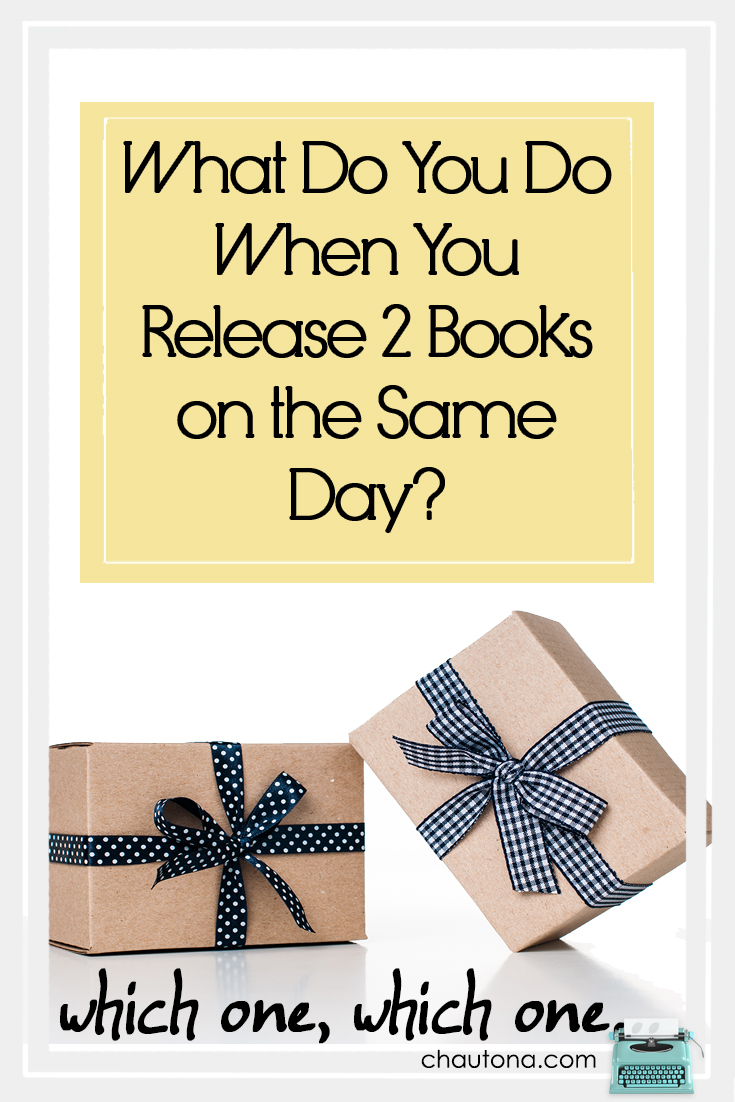 Note: links may be affiliates that provide me with a small commission. They cost you nothing extra, however.

What Do You Do When You Release 2 Books on the Same Day?

Seriously. I’m dancing a jig right now. I’ve been dying to share this collection with you for months now. So… without further ado… 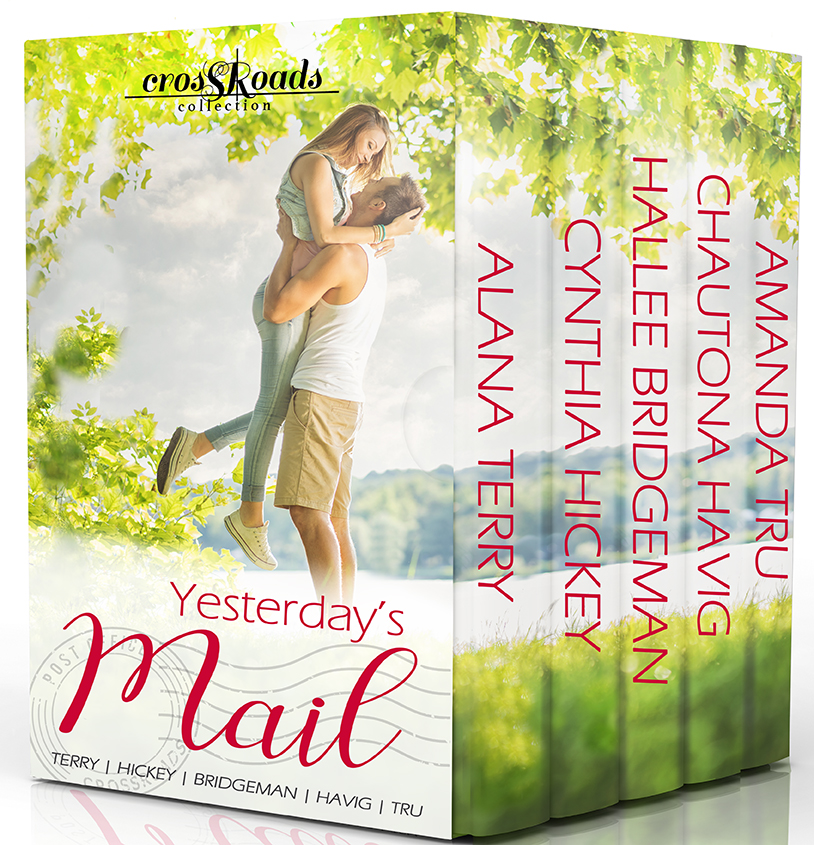 Psst… I’m working on the third right now! As with the Out of the Blue Bouquet collection, this one has five stories by bestselling authors who, in the final book, all meet together somehow. However, whereas Out of the Blue Bouquet was about Brooke and her floral fiasco, this one features Kate, several unfortunate mail mix-ups… and a mystery Both can read it FREE on Kindle with Kindle Unlimited or purchased for just .99.

Alana Terry opens this collection with her novella, Sleepless in Seoul.

When Derek leads his church on a short-term mission trip to South Korea, he’s definitely not expecting to find out the woman working with him is the same woman who broke his heart over twenty years ago.

Cynthia Hickey takes us on a romantic journey in Like Ships Passing.

One transposed number threatens to sink love before it gets started.

Hallee Bridgeman steps back in time with Chasing Pearl.

A package lost in the mail since 1940 brings a modern couple together in a miraculous way.

Chautona Havig offers an endearing boy on a mission in {Operation Posthaste}.

A nine-year-old boy finds a bag of mail from WWII in the attic of their new house and makes it his personal mission to deliver every piece before his mom finds out, but he could never have imagined the impact it would have on so many people.

And last, but definitely not least (since hers has a solid 20K more words than the rest of us!), Amanda Tru with Yesterday’s Mail.

A Christian post office clerk uses her police officer background to investigate lost mail and solve a mystery that has plagued her small town for years.

At just .99, you can’t go wrong with this interconnected collection. Stay tuned for Collection three… Under the Christmas Star featuring several of the same authors and a few “new” ones as well.

The end of the Sight Unseen Seri 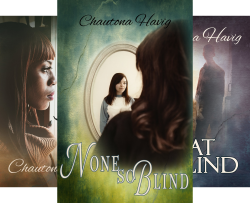 Usually, I find it difficult to finish a series. I have to give myself lots of permissions about making a spin-off or doing another one down the road—anything to keep me writing until the last words were on the page. I usually find that I have WAY too many words and have to cut some.

None of that happened this time.

And yet, I’m not sagging in relief that I’m DONE or anything. No, it’s nothing like that. I’m just so completely satisfied and happy. This series did exactly what I hoped it would—in my heart and hopefully in the hearts of readers. It’s a far cry from what I’d meant to do when I started it way back when, but it’s so much richer and more interesting.

And Ties That Blind might be my new favorite in the series.

I’m working on the last of the Bonus short story as well.

Since I’ve been scrambling doing half a dozen of one and two dozen of other things all month, I haven’t had a chance to finish it up, but I’m not worried. It’ll be chock full of spoilers. I mean, great, heaping gobs of them. So, I’d want to send it out a few days later, anyway. 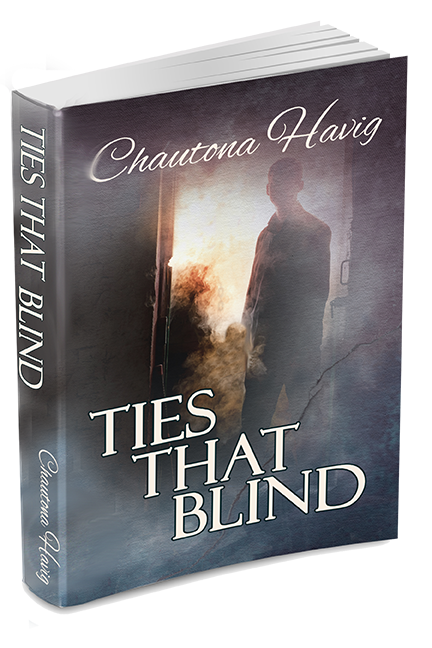 In Ties That Blind, we meet Simon Prescott who wakes up with no memory, only to discover he’s under suspicion for his wife’s murder!  EEEP!

Unfortunately, that’s only the beginning. It seems as though every time he’s been smacked down as low as he can go, something comes along to grind him into the dirt.

Along with that, we learn more about what’s going on in Vikki’s (from book 2) life and how Ella  (from book 1) is faring with the new baby.

But most of all, this book answers the questions that have nagged for so long.

Where’d all that money come from?  Why do they even have it?  And what actually happened, anyway?

Of course, one question screams louder than the rest.  Will they ever get their memories back?

Read and find out!

Meanwhile, I have got to get back and get to work on other waiting books.  Cassie… the three Christmas books screaming calling my name.

CONGRATS to Connie B. You won the giveaway prize of $25.00

Previous Post: « What I Loved about These Books & How I Fail at Specials
Next Post: When a Unique Premise Really Is Enough »