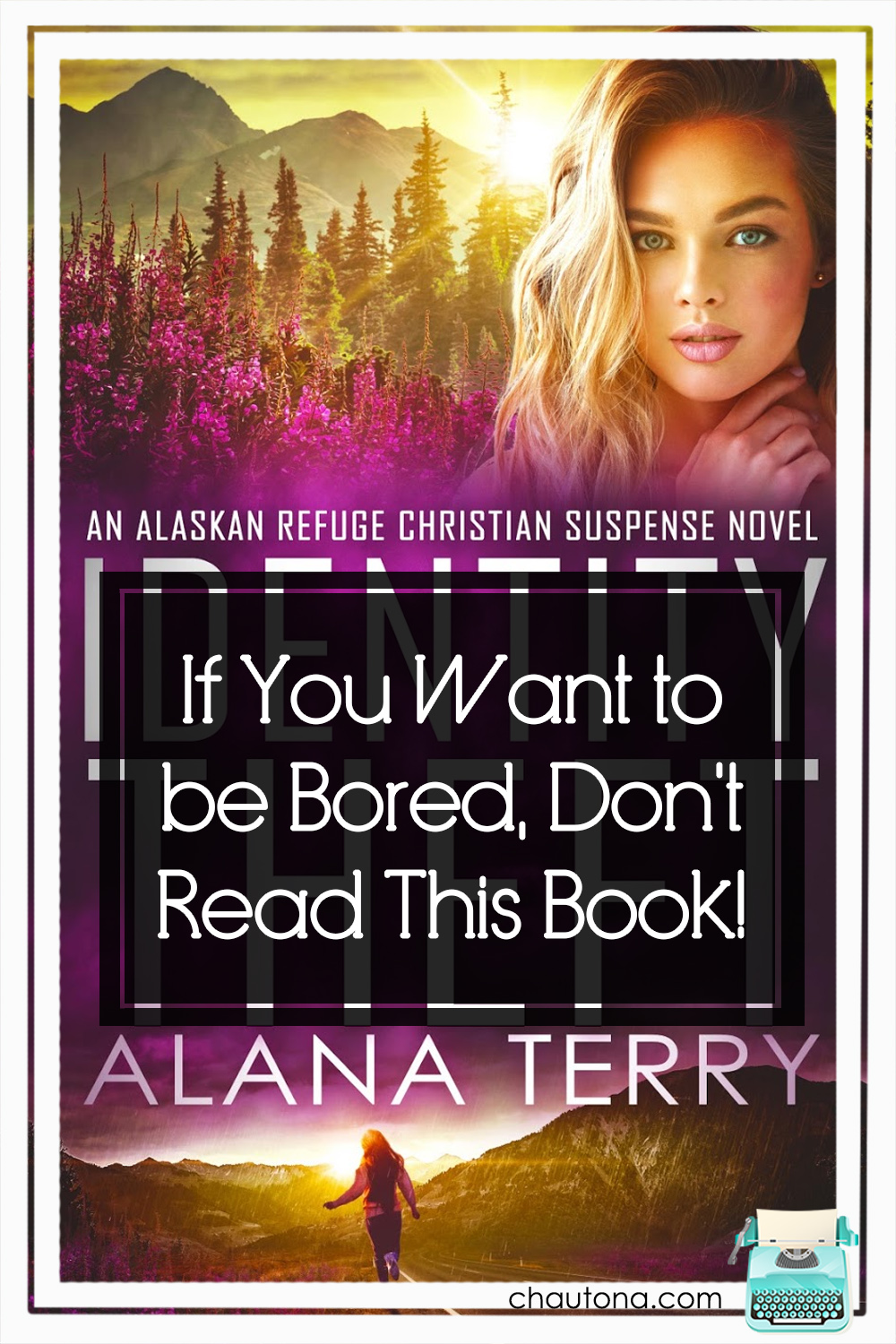 The question came up on Avid Readers of Christian Fiction. What good books are set in Alaska?

The answers came one at a time. One gal said, “I don’t know if she has books set there, but Alana Terry lives in Alaska, and she writes good books, so try her.”

I’d never heard of Alana Terry, but I recall looking her up and thinking, “That Kennedy Stern series looks interesting.”

When you read a dozen books a month or so… “looks interesting” is synonymous with, “I’ll stick it on my three-mile high TBR stack.”

Then I ended up in a collection with her—another. And then another. I read one of her women’s fiction books— a sweet romance.

After that, came probably the most important Christian fiction book for today—Out of North Korea. Seriously. If you can only read one fiction book this DECADE, read that one. I think it’s that important. The review says all that, though.

Last November, she and I met in Las Vegas for a conference. Were roomies. She still speaks to me, so this is proof of her lovely personality and longsuffering. Just sayin’.

Is it any wonder that when Identity Theft popped up for review that I requested a copy?

Still… Identity Theft was supposed to be very different from all the other books I’d read by her. Would I really like it? Will you?

Note: links may be affiliate links that provide me a small commission at no extra expense to you.  Additionally, I requested and received a free copy of this book and chose to review it.

If You Want to be Bored, Don’t Read This Book!

See, that’s something some suspense authors miss—as if red herrings are only for classic mysteries. They’re not. Any misdirection is a chance to ramp up the tension and increase suspense. Terry manages to do both and do them well.

At first, I didn’t connect with Jo/Lacie at all. It concerned me, but it shouldn’t have. Lacie wasn’t connecting with her Joishness, so why should we? It’s either accidental or pure brilliance. I suspect the latter. Never has a character felt so one-dimensional in the beginning and grown to be such a multi-layered one by the end.

Terry also layered detail and description in judicious amounts. Never did I feel burdened by either of them. Instead, in a stroke of genius, she chose just a few minor things that are a constant presence in that area and kept them in our minds. We couldn’t help but feel we were there, swatting at mosquitoes with the rest of them.

The spiritual element in Identity Theft was unusually demonstrated and realistic.

Even places where I’d usually feel like it was a bit trite or cliched—were that way for a reason. That takes serious skills. Terry didn’t overdo it or understate it. She made a new believer behave like one, lifelong believers behave like it, and the skeptical… act skeptical! Shocker!

Get this. Even the end was convenient. It was. But honestly… it needed to be. There absolutely was no other way to ensure both a satisfying ending and one that fit the plot. Every other choice would have been unsatisfying, no matter how realistic.

If I want realism, I’ll stick to the evening news. Meanwhile, Identity Theft was as realistic as could be within the constraints of the story, and that is all anyone can ask for.

Brilliantly written, fast-paced, plenty of twists and turns to keep you engaged, and a soft but impactful spiritual element—what more could you ask for from Christian fiction? 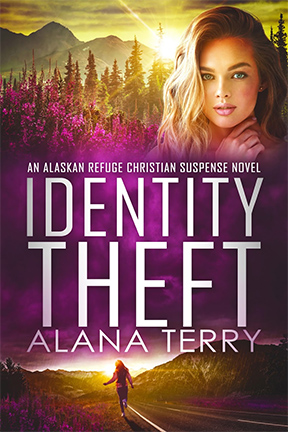 She imagined Alaska would be the perfect place to hide.

Lacy has a secret.

A secret nobody knows — not even her fiancé.

A secret that would cost her life … and so much more.

So it’s a good thing she’s tucked away in the very heart of rural Alaska, where for once in her life she is finally safe.

But can she stay that way for long?

Suspenseful, thrilling, and impossible to put down, Identity Theft is an unforgettable novel by bestselling Christian author Alana Terry.

Previous Post: « What Made Me Write a Book I Didn’t Want To?
Next Post: Love at First Sight? Why This Author Is a Favorite »