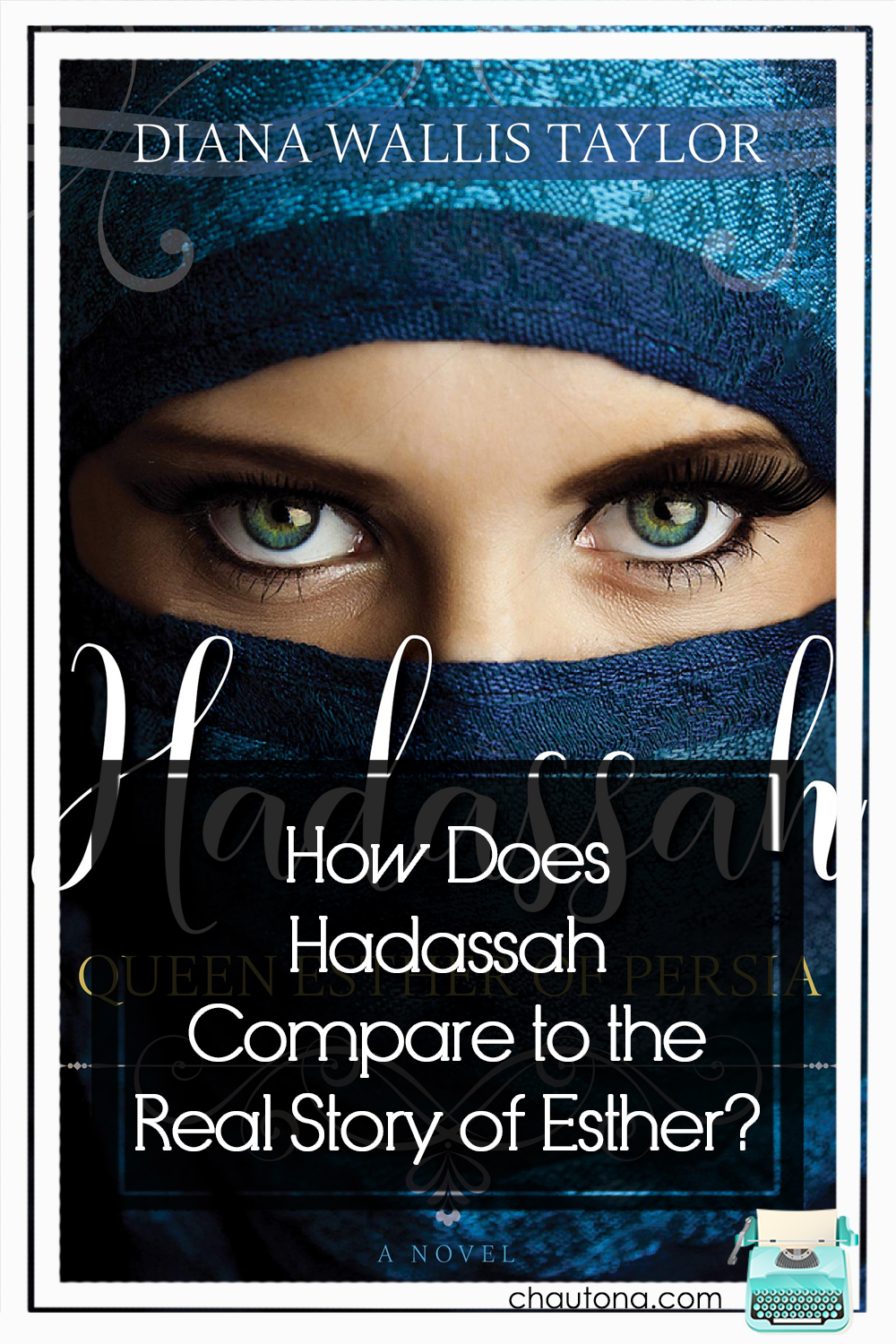 Am I the only one who associates certain things with places? Dunkin Donuts with Arizona, orange juice with Noel, Missouri, a mustard/gold sweater with Landers. Don’t ask. Some associations should be relegated to desert sands and wind… like that sweater.

I do it with Bible stories, too. Moses and the burning bush—Grandma’s Baptist church in Phoenix. Joseph’s many-colored coat? Uncle Gene’s farm in Marlow, Oklahoma. I can go through almost every story in any Bible Storybook and tell you where I first learned it.

Except Esther. All I can say is that when I took Old Testament Survey in High School, I already knew it. Don’t ask how. Can’t tell you.

It never was a favorite. Aside from the achingly beautiful and heroic words, “And if I perish, I perish,” it never did much for me. Spend a year on beauty treatments so I can be dropped into some dumb king’s harem? I don’t think so. Seriously, I’d have been the one looking for things to make me look as awful as possible so I could be sent home or killed. Either would have been preferable in my eyes.

Yeah, I was that kid.

Still, you couldn’t have those beautiful words, “If I perish, I perish” without Esther going along and being wise and all those good, godly traits that I clearly didn’t have. So, I give her props for that.

Note: links are affiliate links and likely provide me with a small commission at no extra expense to you. Additionally, I requested and was provided a free review copy. Opinions were not influenced by this.

How Does Hadassah Compare to the Real Story of Esther?

When we think of Esther and her story, we think of her being forced to marry a king, and by doing so, she’s in a position to save her people.

So, I was surprised to discover that the book is more of a fictional memoir for “Hadassah” than it appeared in the synopsis. It begins at a very young age (under eight for sure) and ends with her burial. In the middle years, we’re given the story we know best but it’s not the primary story. I’ve seen this in another of the author’s books, so it might be something to note in the future.

Being fiction, I can’t complain so much about how she portrayed each person. Nothing the author did was in stark opposition to how the Bible portrays the individuals, but the only characters who interested me at all were Mordecai and Xerxes’ mother.

Esther was more of a Persian version of Elsie Dinsmore than a heroic queen who saved her people, and Xerxes felt like a Ken doll stand-in.

That wasn’t it, though.

The sensuality combined with historical and customary info-dumping became really difficult to read when I didn’t really care about the characters. Add to that a plot that I know well and yet didn’t engage me, and I was left unsatisfied and disappointed.

This was the second book I’ve read (or attempted to read) by this author, and I think it’ll be my last for a while. Unfortunately, mostly clean writing and editing (I got an ARC so there’s a good chance the few typos and errors that jumped out at me have been corrected) don’t make up for a book that just didn’t deliver.

Still, there are strengths to Hadassah.

People who love Biblical fiction and/or the story of Esther should probably read the “Look Inside” portion of the book on Amazon and see if they think they’d enjoy it. It might just be me. Furthermore, while the book was really sensual in places (for obvious reasons, of course), it was clean and in that regard, I believe historically and culturally accurate.

While I’m not sorry I requested and received a free review copy of the book, I am sorry I can’t sing its praises. I hope it’s just me.

I have enjoyed other Biblical fiction, though, so…