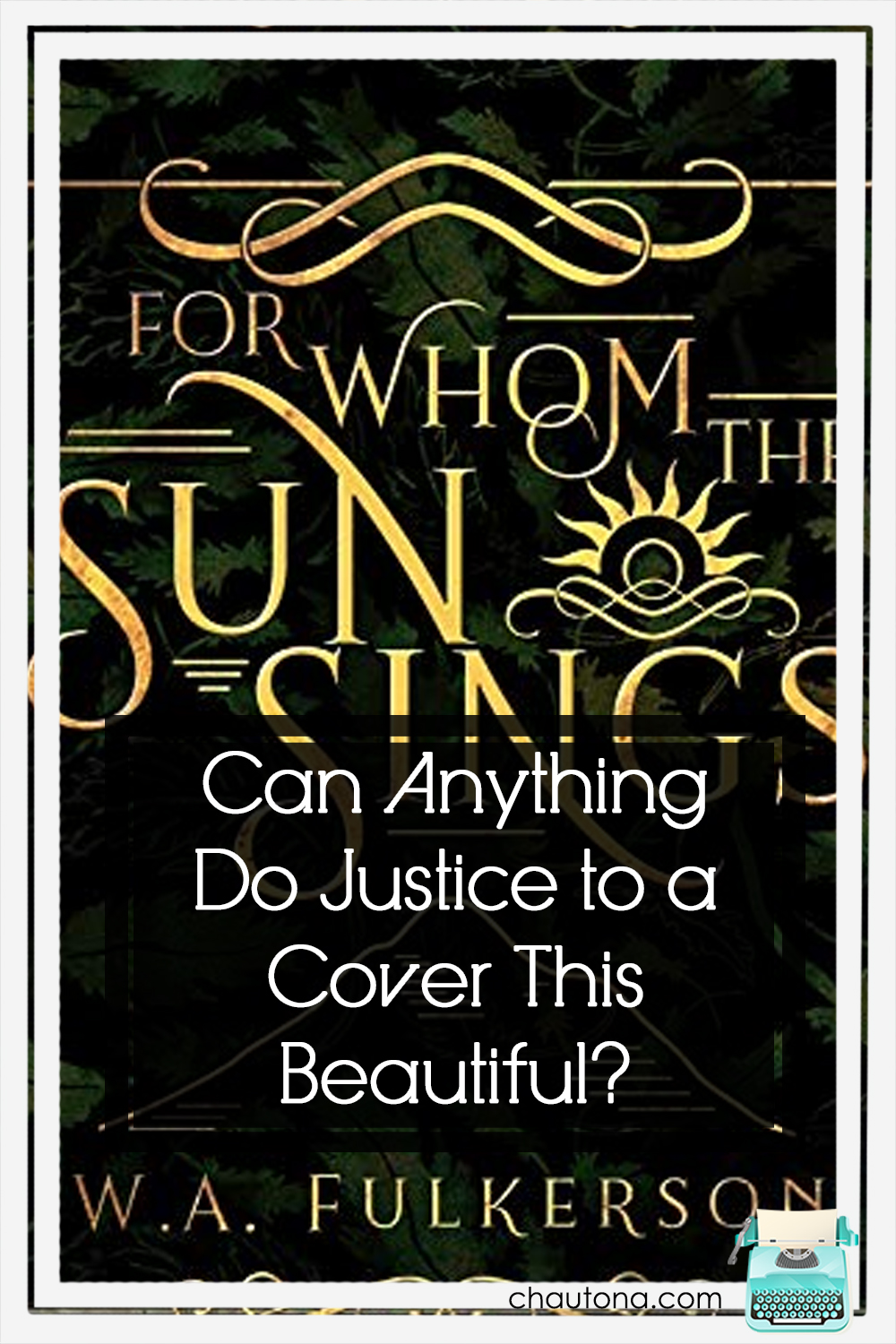 A stack of packages waited for me when I woke up that morning. I opened the “boring” ones first. Laundry pods from Dropps.com, Bathroom scrubbing things from Amazon. A new journal I’d decided to make a part of my 2020 routine.

Confession. I actually already had it. But I had bought a new one from BaronFig.com (you get 10.00 credit if you order and so do I) because I didn’t want to write in the one I already had. Yes, you read that correctly. No, it makes no sense. #BecauseMe. Journal hoarders will understand, though. We’re a small, but kindred bunch.

Then came the fun ones. You know them by their golden envelopes—padded.

The first one was a novel I’d finally allowed myself to order. Two more books that I’d never heard of followed that—folks hoping I’d review them. Those are always fun days—especially when I think I’d like the book, and I did think I’d like one of those.

Then came a heavy one. As I ripped it open, the questions piled up. What was this one? I didn’t order anything else, did I?

Look, most review copies of books I request and receive aren’t hard copies, so when this one slipped out and jabbed my leg with a hard, sharp corner, I was both irked and pleased.

And then I saw the cover. Oh, my word. This cover is stunning. Especially as a hardback. I know that probably sounds weird, but it’s true. While it would be lovely in paperback, it wouldn’t have the presence that it has wrapped in its green and gold jacket.

Maybe it sounds silly—probably does, actually—but I swear my thumb caressed the cover. Excitement welled. I whispered the title. For Whom the Sun Sings.

If that wouldn’t entice someone, I don’t know what would.

Fun fact: I was just about to put a call out for suggestions for speculative fiction titles—sci-fi, dystopian, fantasy… any kind of “spec fic” for my new BecauseFiction podcast. And then last night, I pulled out this book to read #BecauseFiction, right? WOOHOO! Of course, I still need suggestions to make an episode worth the time, but I may have to do an entire one on this book alone. Whoa.

But even then as I stared at that lovely cover, my gut twisted into knots. I got nervous. Just because I’d requested and received this review copy from the top “spec fic” publisher in the Christian industry, didn’t mean anything. Or did it? One question repeated itself on a never-ending loop.

Note: Most links in this post are affiliate links that provide me with a small commission at no extra expense to you.

Can Anything Do Justice to a Cover This Beautiful?

I’d never noticed it before, but speculative fiction is very much like a mystery. One by one, the clues to the world you step into unfold—just by you turning a page. Excellent authors, like W.A. Fulkerson, make it easy. All you have to do is turn the page.

If I could only choose one thing as my favorite thing about this book it would be the way in which Fulkerson wrote those story layers. Those who enjoy uncovering a mystery—who love catching the tiny nuances and fitting them together like the puzzle the book was designed to be—they’re given that opportunity. Hints from the very first words on the first page of the first chapter lead you to knowing and understanding everything he’ll show you.

However, if you don’t care to “gumshoe” your way through the story, you don’t need to. Much like a vivid painting that tells the entire tale on one page, the author has layered a hundred sheets of almost clear vellum over it. Page by page, those sheets are removed until you reach the end and see it all clearly, without ever needing the hints along the way.

But there’s so much more.

At first, some of the clumsy phrasing bothered me. It should. Because there was a reason for it. Occasionally, some modern phrasing would jar me out of the story and trip me up. Well done, Mr. Fulkerson. Very well done.

In Andrius, we have a sympathetic character—a hero limited first by ignorance, then by knowledge, and finally by fear and cruelty. His keen insights aren’t due to inherent brilliance but due to that instinct toward self-preservation. He behaves as a boy in his position should and would!

Additionally, every single character in this book behaves as is reasonable for who they are and where they are in the time of the story. Yes, there are character arcs—rises and dips—but they follow reasonable patterns that keep them from becoming unrealistically good or evil.

One of the most brilliant things I noted in For Whom the Sun Sings was the author’s use of description. Seriously, I wonder if there’s a single word in this book that he didn’t agonize over to get just right.

Call it a parable, symbolism, or an allegory. I really don’t care. There’s a story within the story that begs this world to see what the author most wants it to—we’re blind without sight. We’re blind without the One who gives us sight. We can convince ourselves otherwise, but blind is blind. We need healing, not positive affirmation.

When people teach truth that hurts, sometimes we’re too blind to see that truth, so we create a new truth for ourselves.

But that new, so-called truth doesn’t change the facts.

I’ve never read anything by W.A. Fulkerson before. When the opportunity to request a free review copy appeared in my inbox, I snapped it up because the cover looked interesting, and I don’t read enough spec fic. I’m so grateful the publisher sent this book. I’ll be buying copies for gifts.  Today.

For Whom the Sun Sings 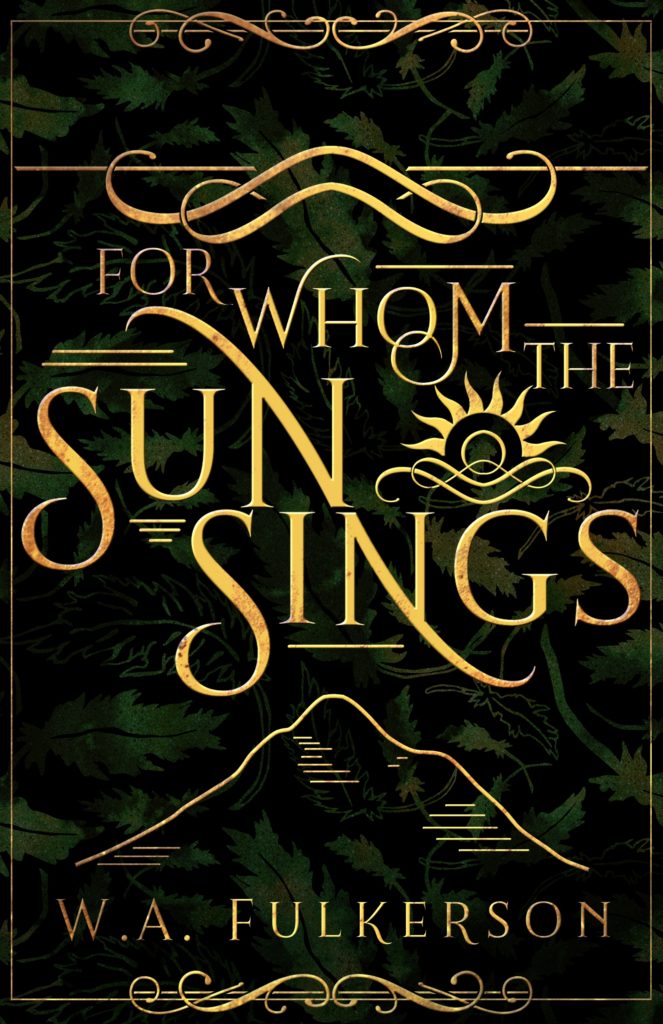 Book:  For Whom The Sun Sings

The world is blind…then one boy is born with sight.

Nestled in a mountain haven, the remaining people of the world live in a village that is ordinary but strict. A severe peace must be kept severely, as they say. It’s all that keeps them from descending into the chaos that claimed the world a hundred years ago.
Led by the Prophet Valdas and his Regents, the villagers work, play, marry, and have families. They gather in ceremony once a year to celebrate their Day of Remembrance. Life is planned, precise, and predictable until the special abilities of eleven-year-old Andrius threaten to undermine it all.

Previous Post: « It’s Time to Stop with the Backhanded Attacks
Next Post: Sometimes “It’s Better” Is the Greatest Understatement Ever »