Have you ever wondered how famous detectives such as Jane Marple or Lord Peter Wimsey discovered their penchant for sleuthing?  What makes a good sleuth?  How does one go from “average Jane” to Patrick Jayne? (note: I linked to my favorite film versions of these sleuths… just because I love them so much!) 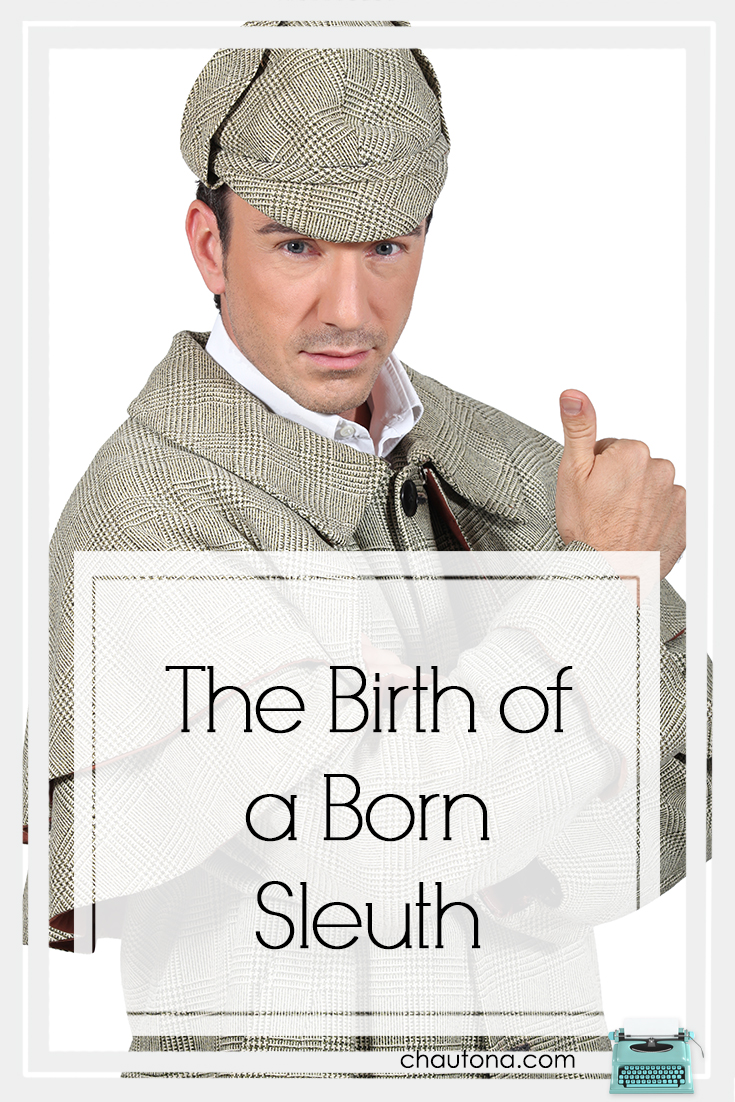 Another note: Links are affiliate links which provide me with a small commission at no extra expense to you.

I wondered that too…

…and created a new character to explore that: Madeline Brown of Rockland, 1901

So who is Madeline, and what makes her such a terrific sleuth?  Psst… shhh… we don’t know yet!

You see, it happened this way. I got a book idea a few years ago–one I’m still not thrilled with–and went looking for a cover image. As I flipped through thousands of images under the “Victorian” category (80% of which were NOT Victorian in the slightest), I ran across a cool picture of a young woman wearing a bowler and holding a magnifying glass!  As a long-time lover of all things mysteries (after all, I cut my “reading teeth” on the most famous girl sleuth ever–Nancy Drew), I had to write her story.  But as I kept looking for that original picture, a whole SLEW of these popped up. Seriously!  they’re awesome.  I bought six.  When Ashley says I buy stock photos like most women buy shoes, she is not exaggerating.

So what’s with this sleuth business?

I wanted to create a young woman who was a cross between  Miss Marple and Patrick Jane.  But… I also wanted her not to know it. I thought it might be fun to watch her blossom into the cunning sleuth right before our eyes.  So, I created a character with a love for Sherlock Holmes and a penchant for noticing things that she just needs to develop a little better.  The books build her skills, one by one, until she becomes quite the formidable detective!  All starting with a simple but intriguing story of a girl, a suitor, and a bit of inexplicable lip color where cordial should be! 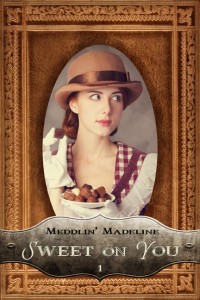 Book One: Sweet on You 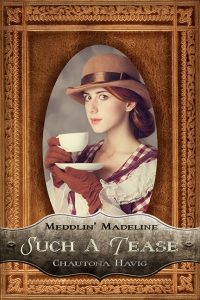 Book Two: Such a Tease

And so forth–each book builds her skills on the last until by the final book in the series, she’s being asked to do a little meddling–to solve a murder!

These aren’t traditional cozy mysteries, as you can see. And that’s why I’m so excited about them. I’ve never seen a series like this (although, I’m sure they exist) and can’t wait to see where Madeline’s adventures as a budding sleuth take her!  The books are already generally plotted–they just need solid outlines and the time to let my fingers fly!

So tell me.  Do you enjoy mysteries that don’t include murder or crime? This first one sure doesn’t! Although, I must say that I consider the villain to be a criminal regardless of what the law says!