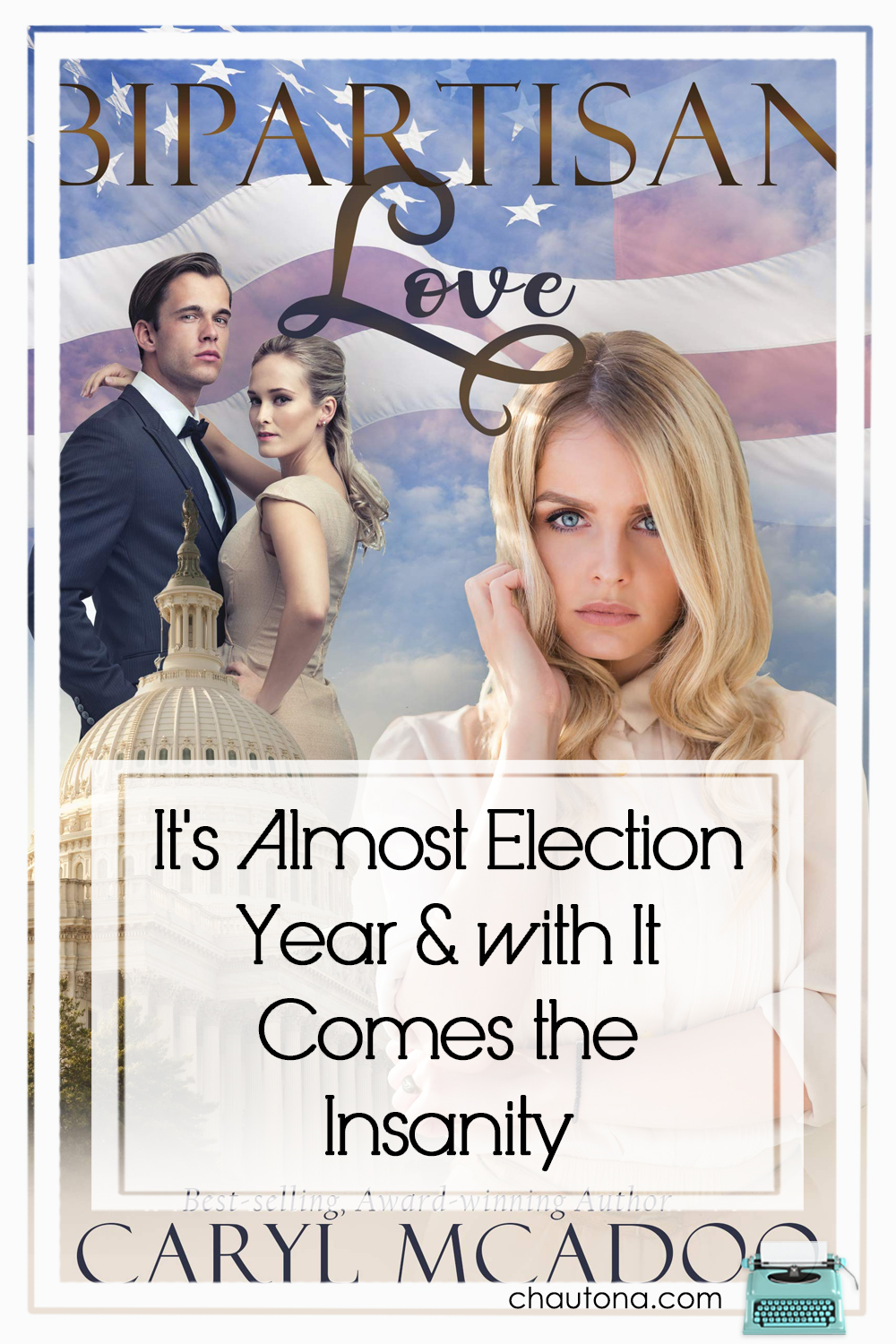 You know, when I was a kid, I remember looking forward to election years. I was ten the year that President Reagan took his seat in the White House and fourteen the year he beat Mondale by a landslide.

We’d go over to Uncle Ron’s house in Spring Valley Lake and watch the debates. Even at ten and fourteen, those were cool times. I loved every minute of them.

Then came my married years. I’d stay glued to radio or a friend’s TV (we didn’t have one) and listen to the radio. My poor kids became car captives as we drove all over town doing nothing just so I could hear how things were going.

The internet made things even easier. These days, we can know what’s going on as it happens. The last election showed stuff swinging back and forth a dozen ways to Sunday. Insanity!

If only I wasn’t already sick to death of anything remotely related to politics thanks to that little thing known as “social media.” Seriously. This past week I’ve seen a dozen posts about the Democratic Debates or something like that. The ugliness swirls. One news outlet claims some congressman made an outrageous and hideous claim. Another insists a politician has covered up crimes.

It’s Almost Election Year & with It Comes the Insanity

So with that, why would I request a review copy of a political novel that takes place fifty years ago? Why would I load that free book up on my Kindle and start reading when I already am done with politics for 2019?

Lots of reasons—but mostly because I’ve been wanting to try one of Caryl McAdoo’s books, and this seemed like a good one to start with.

Written in a casual and engaging style, Bipartisan Love is a relatable story that demonstrates what happens when people keep secrets from each other.

This isn’t your “goody two-shoes” story of perfect people having a bad attitude to repent from. No, in Bipartisan Love, we meet terribly flawed people and see what God does with them.

Interestingly enough, I didn’t actually like either of the main female characters. I think I would like Cynthia in person once she’d gotten over her obsessions, but disliking them was actually part of the fun of reading the book.

There were a couple of issues I feel I should mention.

First, I believe I read an ARC, so the scattering of typos here and there are likely fixed. However, for those who are really bothered by them, you might read the preview first. Second, this book covers deep and hard-hitting issues. Drugs, alcohol, premarital sex, violence, etc. We’re not dragged into them as much as made very aware of them. You do not walk away from a scene with the stench of that sin clinging to you.

There was also the use of a word most people don’t care to see in Christian fiction. I was really tired by the time I finished, so I could have missed others. I do recall the one, though.

Finally, I can’t determine for sure if a few of the theological issues I had (minor and few, but there) were due to the author’s attempts to teach something through the character or if she was showing what people believe, regardless of whether she agreed. I do that myself, so I wasn’t bothered, but for those who might be, there you have it. It’s possible you might disagree with certain understandings of scripture.

All in all, though, I enjoyed Bipartisan Love.

McAdoo wrote a believable and interesting narrative of what could have happened and showed some of the “what should happen thens.”

Previous Post: « 2 Simple Reasons This Complex Book Is a New Favorite
Next Post: Why Do Christians Love Books about Sin and Sorrow? »