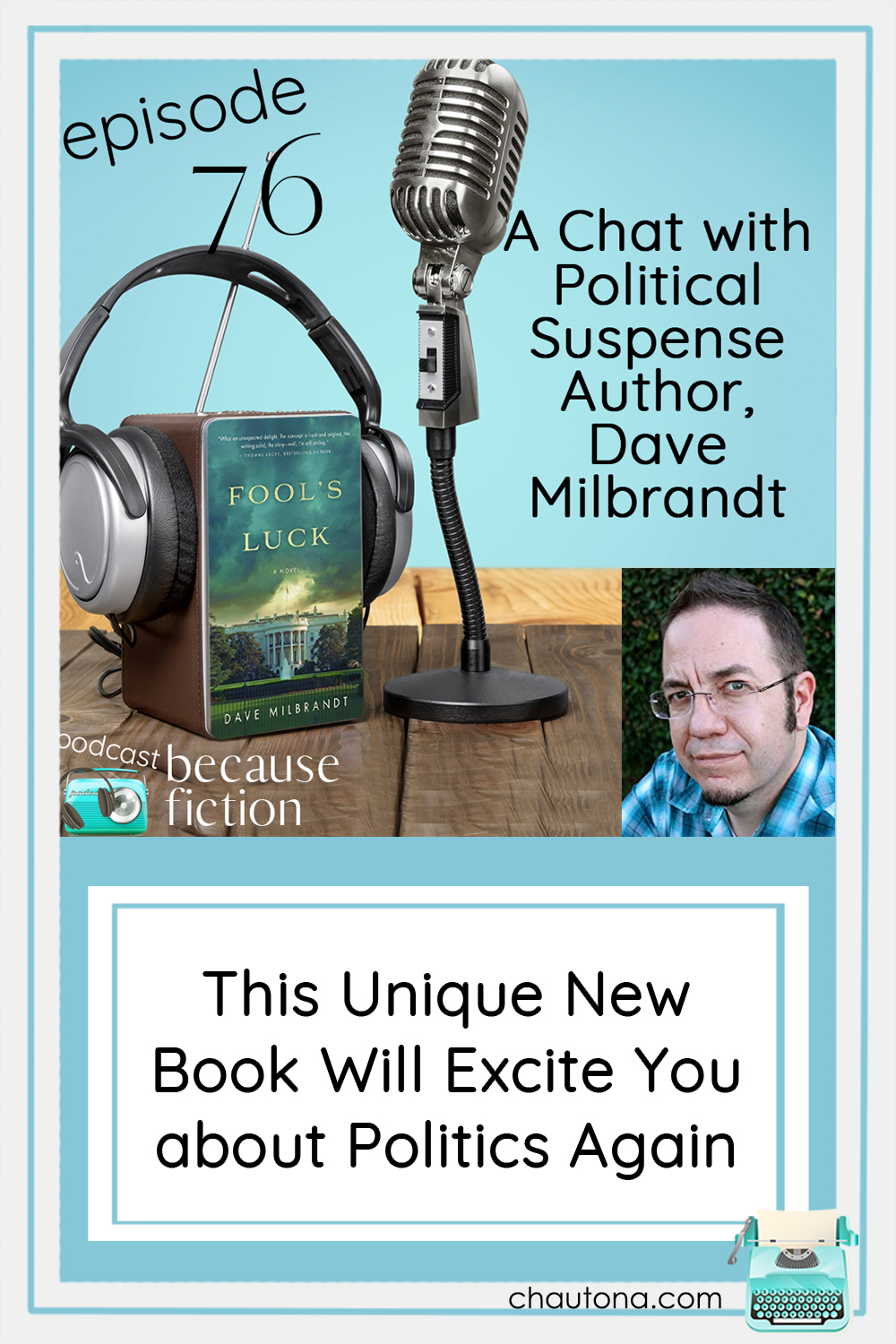 When you meet a new friend at a murder, you know you’ve made a friend for life–or death.  Today’s guest, Dave Milbrandt, and I met at an interactive murder mystery fundraiser and I immediately wanted to know more about his Jim Mitchell series.  I reviewed the third in that series back then, but now…

We can thank the pandemic for a fabulous book (endorsed by Thomas Locke, no less) that releases July 13, Fool’s Luck! Guys, this BOOK!

This Unique New Book Will Excite You about Politics Again

Author of the Jim Mitchell series (my review of book three is HERE), Dave Milbrandt used his “shelter at home” time to write a book, and wow! What a book!  When a guy wins the lottery, he doesn’t buy a new car or house–doesn’t go on trips or even invest it in the stock market.  Nope.

He announces his bid for the presidency… of the United States.

Oh, and he wins that lottery on April Fool’s Day, no less.

If that’s not a brilliant premise for a book, I don’t know what is.

Dave and I chatted about his writing process.  For the record, Fool’s Luck was written to the Poledark soundtrack for hours upon hours at a time. He also names characters after specific places and really loves to get into local flavor with his settings.Not only that, but even his dedication has significance to his life and writing.

Dave Milbrandt teaches (or has taught) literature (he’s one of those meanies who makes kids read F. Scott Fitzgerald), government, and related topics. He, like I, loves teens and is invigorated by interaction with them.

We also discussed the differences and similarities of indie vs. traditional publishing and what Dave and I like and dislike about both. As Dave pointed out, if he hadn’t gone traditional this time, he might not have the delightful endorsement he received from Thomas Locke.

Obviously, we had a great talk!

And we talked a lot! That happens when you get two people–erm, troublemakers–together and let them loose on a conversation.

Note: I was wrong, Bradford did not name a son Miles after Miles Standish. I thought he had but… nope. Maybe it was a grandson… or maybe it was something I read in a book that was fictionalized. Who knows where I got the nutty idea, but hey.  Dave has the real dudes in his family tree, so woot! 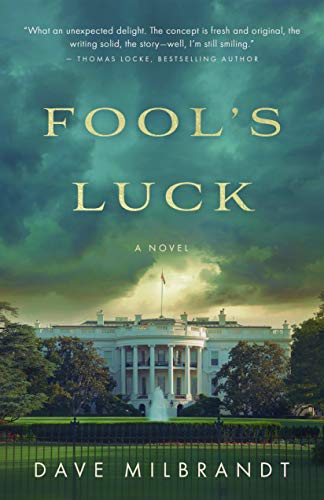 “What an unexpected delight. The concept is fresh and original, the writing solid, the story – well, I’m still smiling.”
Thomas Locke, Bestselling Author

When high school teacher Myles Bradford wins the Powerball lottery, he decides to do something truly unexpected: run for President of the United States.

Bradford is eager about the opportunity, but his family clearly is not. With little time to sway them to his side, he’s thrust into running a quarter-billion-dollar nationwide campaign, complete with cross-country flights and road trips, expert staff, and armed security. But like most dreams, Bradford soon finds that what he imagined is completely different from what is real.

Thrust into the spotlight, he faces attacks from newfound political enemies and false accusations while striving to climb the ladder of success. As Bradford gets closer to achieving his dreams, danger lurks on the home front. As his attention is pulled farther away from the things that matter most, Bradford may learn that even success has its price.

Will he be able to have it all? Or will his thirst for power come at a tremendous cost?

You can find more of Dave Milbrandt and his works on his website, davemilbrandt.com

Previous Post: « A Declaration of His Dependence: a short story
Next Post: The New Bookstrings Series and Spines & Leaves Release »