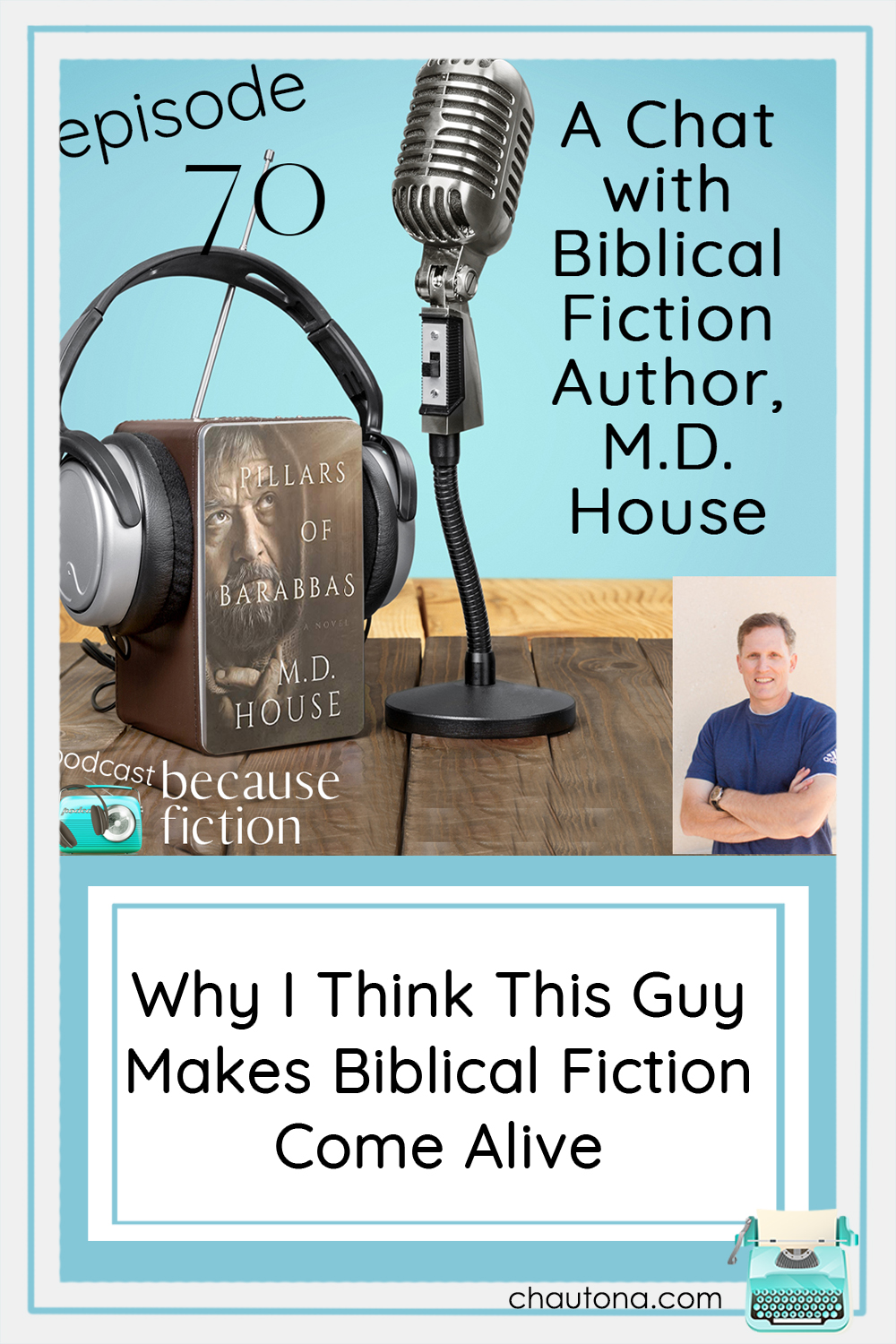 Biblical fiction, first-person perspective. The books have everything against them, but M.D. House got me excited about reading The Barabbas Trilogy before we’d spoken for five minutes.

House offers us a look at what could have been based on what we know of what was. Just reading the “Look Inside” on Amazon gives you a hint of where House’s Barabbas came from and where he’ll go on his redemptive journey.

Why I Think This Guy Makes Biblical Fiction Come Alive

A few years ago, I finally read a Biblical Fiction book that I liked.  My favorite part was that the series was about Biblical places and their effects on people’s lives rather than about specific people. I figured that I had finally found “my” kind of Biblical fiction.

And I probably did!

However, after chatting with M.D. House (a.k.a. Mike), I discovered that there are other sorts of Biblical fiction that intrigue me.

Seriously, listening to Mike talk about his process in writing his most recent release, Pillars of Barabbas, all I could think of is, “WOW!”  And “BUY IT NOW.”

Mike spent hours and hours reading every word of Paul’s epistles, taking hundreds of lines of notes, and really immersing himself into just who Paul was in order to… get this.  GIVE US A POV character in his book.  From Paul.

Funny thing is, though. This corporate-finance-turned-Biblical-fiction author didn’t start out in Biblical fiction.  Nope… his first book was.

Yep, in addition to his trilogy on Barabbas, M.D. House has a sci-fi series.

Chatting with Mike was great because as we talked, I could hear the passion he has for the church, for God’s people, and for the Lord.  The man loves God’s Word, and it comes out in every word he speaks, practically.

While I’m anxious to read these first two books, listening to him talk about what he’s doing with book three… EEEP!  Guys.  The Destruction of Jerusalem.  It’s about to hit the page. 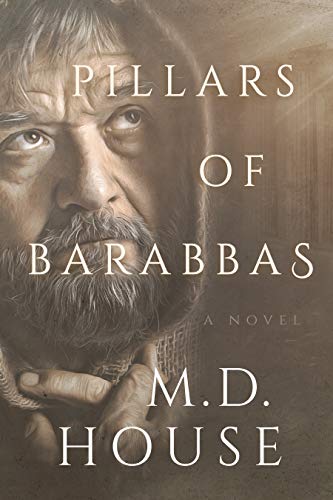 About Pillars of Barabbas by M.D. House

The man they called Barabbas has come a long way from the wretched prisoner released by Pontius Pilate in lieu of Jesus of Nazareth. He and his wife Chanah are growing in regard among the leadership of Christ’s fledgling church, which is expanding and thriving.

But increasing Christian influence breeds jealousy among several Roman governors and senators. How will Emperor Nero react? Can the apostle Paul soothe the moody young ruler and help the valiant Roman saints continue to spread the Word?

The Parthian Empire also poses threats, including in Eastern Africa, where the former centurion Cornelius has become a prominent Christian leader. Will the Christians need to flee, or must they fight both the Romans and the Parthians?

You can find M.D. House at his website HERE.

Previous Post: « Looked Forward to It, but Was the Book Worth the Wait?
Next Post: Why Did I Write a Terrible Ballad to Share My Book’s Backstory? »