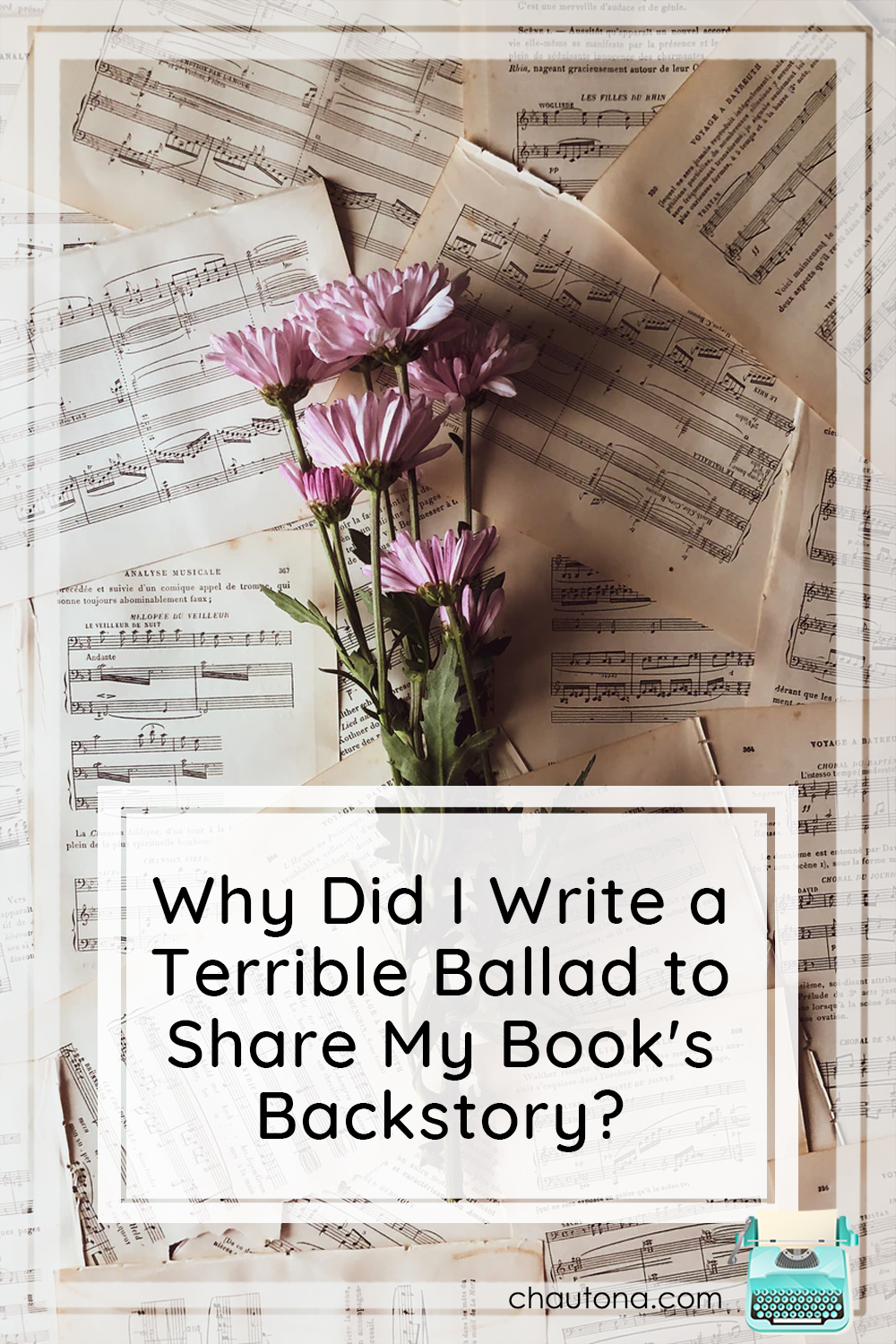 The moment I thought of it, the answer was no.  Did not want to start my book with something like that.  Too far back and too depressing.

There were so many possibilities.  The book would be partially epistolary–just one letter at the beginning of each chapter–so I could start with that first letter to the Westward Home and Hearts matchmaking agency. Actually, come to think of it, I think I did that and then ended up cutting it.

But of all the ideas I had, I think starting the book at the Laurel Mound, Kansas train depot with Reuben Maddox waiting on the platform for a “mail-order bride” who never came was the hardest to let go of.

See, I wanted a long separation of time between when that young woman didn’t come and Penny’s arrival, or that loyal-to-a-fault guy would never see that maybe God had other ideas for him.

The backstory we get through letters and conversations, but still. I wanted to write it.

I just didn’t have time to add five thousand words of story that I couldn’t use.  Instead, I spent almost as much time doing something just as crazy.

Why Did I Write a Terrible Ballad to Share My Book’s Backstory?

I’ve mentioned it a dozen or more times, like here, but my childhood was filled with old ballads.  Frankly, most of them were pretty heartrending and morbid. Fall in love?  She’s gonna die.  Dog’s your best friend?  Better shoot it now that it’s old. Win a wife in a card game?  You’ll both die (lessons in the evils of gambling, perchance?).  Getting a new mama today? Die, blind girl, die! (Okay, so it was sweeter than that, I promise!) Life’s tough?  Don’t worry, you’ll die. Then won’t you be glad?

No really, that’s a line in one of the old songs he sang.  “Wearing a satin robe whiter than sno-ooh-ow… Don’t you know I’ll be glad when I’m dead?”

So, you might think I set out to do this–write a terrible ballad.  #becausereasons.

But I actually didn’t. I was going to do something like:

So, in Penelope’s Pursuit, Penelope meets a young man who expected a mail-order bride nine months ago! For nine months he’s been going to the depot, writing, asking around in nearby Abilene, Kansas, and generally making a nuisance of himself trying to find out what happened.

He just doesn’t believe she would say she’s coming if she’s not. And that search is what leads him to believe something’s rotten in Abilene.

So, instead of writing out the story or just skipping it altogether, I did the only thing I could think of.  It’s a tragic tale of a man waiting for his bride-to-be who never comes!  What else could I do? I wrote a ballad.

Not gonna lie.  It’s a terrible ballad. I’m no good at this ballad writing stuff.  (Anyone who has read the epic ballad at the end of Argosy Junction can tell you that!) The last chorus is particularly awful, if you want the truth. However, I wrote it just the same.

Remember the “I’ll be glad when I’m dead” song?  Yeah, to make it easier (hahahaha!), I used the tune for that. So if you happen to know the old song, “Tramp’s Heaven” (which will be told as a book someday!), then you can sing it!  If I sounded better, I’d record me singing it, but as you all saw with THIS post… you really don’t want me to do that.

So, without further ado, here’s the Paul Harvey version of Penelope’s Pursuit (a.k.a. “the rest of the story)… sorta.

Waiting at the Laurel Mound Depot

The train rumbled into the depot.
Steam filled the air all around.
Alone and apart from the others,
’Neath the old sign for Laurel Mound,
A man stood waiting and watching
For a woman who’d come many a mile.
She’d promised to be his sweetheart,
To walk with him down the church aisle.

They’re planning a life on the prairie.
Their hearts’ll grow closer each day.
Like petals on flow’rs, their moments and hours
Will turn mem’ries into a bouquet.
When the evening of life has descended,
Following years of blessings and trials
They’ll remember that day at the depot—
Their hearts both o’erflowing with smiles.

The conductor stepped onto the platform,
And a dusty skirt appeared in his sight.
His heart squeezed; his breath caught within him.
All his hopes soared as he watched her alight.
But another stepped forward to claim her,
And once more he was forced to wait.
The minutes ticked by at a snail’s pace,
And his jitt’ring nerves refused to abate.

They’re planning a life on the prairie.
Their hearts’ll grow closer each day.
Like petals on flow’rs, their moments and hours
Will turn mem’ries into a bouquet.
When the evening of life has descended,
Following years of blessings and trials
They’ll remember that day at the depot—
Their hearts both o’erflowing with smiles.

In minutes, the chug of the engine
Filled the hot, muggy, afternoon air. (hint… poetic license. It was October!)
No bride alighted to greet him,
No young lady awaited him there.
Each day he returned to the depot
And left disappointed once more.
The train never carried his sweetheart,
It ne’er delivered the bride he’d sent for.

He was planning a life on the prairie.
His heart breaks more every day.
Like petals on flow’rs, missing moments and hours
Can’t turn mem’ries into a bouquet.
When the evening of life has descended,
Following years of questions and trials
He’ll remember that day at the depot—
When his bride never came ‘cross the miles.

Well… there you have it. One terrible ballad!

But in my opinion, the story is not. Just under two weeks until Penelope’s Pursuit releases.  Another book in the series released last week… Harriet’s Heartache.  If you enjoy Margaret Tanner’s books, you don’t want to miss that.

Previous Post: « Why I Think This Guy Makes Biblical Fiction Come Alive
Next Post: This Author Does One Really Brilliant Thing with Her Books »