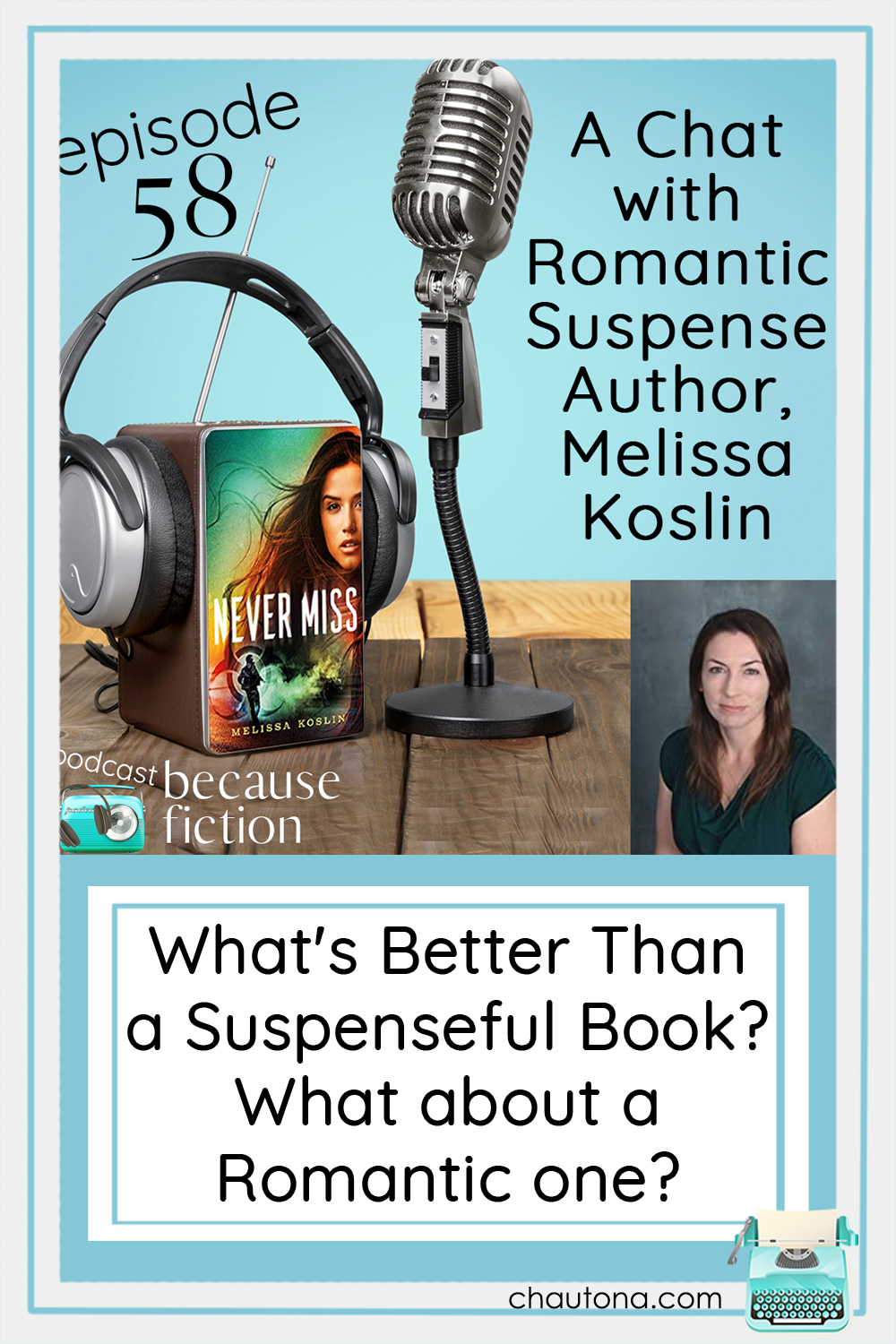 I’ve never searched for a book longer or harder. Where on earth could it be?  Rather than pulling out every book on my shelves, looking under tables and behind furniture, I had to search emails, computer files, accounts, and my Kindle.

But it wasn’t there.  Around two o’clock, I gave up and went for a walk.  Alone in the darkness, with a mystery playing through my headband, I felt like the world’s worst detective. After all, you’re supposed to follow the clues and nab the crook.  There was one problem with that plan.

I didn’t have a clue!

Somewhere there was a great romantic suspense book playing hide and seek with me, only no one told it the rule about “olly, olly, oxen free!” So when I called out.  It remained silent.  Sigh

What’s Better Than a Suspenseful Book? What about a Romantic One?

Okay, aside from her love of Jane Eyre, Melissa Koslin and I have a lot of things in common.  We love suspense, and as long as it isn’t “electric cheese,” as one friend of mine calls it, we even love romantic suspense.

With only the first pages from the “Look Inside” and the synopsis of Never Miss to go on, we started the interview and boy was it fun.

First, let’s talk about these characters.  Kadence is an ex-CIA sniper who comes from a family of assassins.  Did you read that?  Think about it.  You’re at a party somewhere and one woman says, “My family is in real estate.”  Another says, “Oh, my family has been in the hospitality industry for decades.”  They turn to you and you say, “We’re in problem eradication” and pray they don’t ask for specifics.

How about a geeky scientist and a wild ride across the country because Kadence is on the “No Fly” list.  EEEP!  What about Biological Warfare?  A threat on the president?  (what else would you call releasing said warfare at the State of the Union Address?)

Multiple personalities (okay, so just aliases but it sounded better the other way)?

Guys, this book has it all.

I spent a significant amount of time begging her for a series.  Maybe Revell will listen and give us one, no?

In addition to Never Miss, Melissa has another Christian Fiction suspense title under the name Melissa Kosci.  She finished a series for author Mike Nappa, and I naively thought, “Oh, that’s nice.  I’ll have to read those.”

Seriously… Look at these titles! 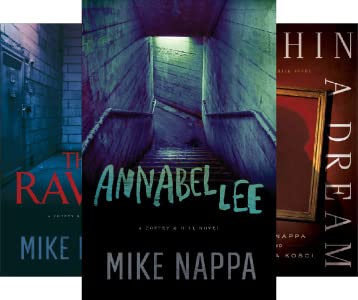 Annabel Lee.  The Raven.  Dream within a Dream!

It’s the Coffey & Hill series, and I’m in love with the synopses. Must buy all the books!

So, while you’re waiting for the 24-book series I’m just SURE Melissa Koslin will end up doing–all about this assassin family, of course, you have these three books.  Isn’t it perfect?

Former CIA sniper Kadance Tolle possesses a special set of skills and a rare pedigree. She comes from a family of assassins, and by saving Lyndon Vaile’s life she risks being found by them. Despite the danger, Kadance feels compelled to help Lyndon discover who is after him–and his research that seems to prove that the Ebola virus was manmade and is about to be weaponized.

With shadowy figures pursuing them and a Mastermind watching their every move, Kadance and Lyndon must scramble to stop an impending bioattack at the State of the Union address. But their warnings fall on deaf ears, and it becomes increasingly clear that there’s no one they can trust–except perhaps each other.

You can find out more about Melissa, her books (like the one coming out in the fall of 2022), and where to find her on social media (hint: she says she is Instagram challenged) by going to Melissa Koslin.

In episode 55, I gave you 3 great springtime reads?  Well… how about four?

Oh, and I ended the interview by going to bakerbookhouse.com and preordering my paperback copy for ten bucks–no shipping charges.  Ten bucks.  That’s cheaper than the Kindle version! It releases NEXT WEEK!  EEEP!

Previous Post: « What Book Showed Me the Great Author I’ve Been Missing Out On?
Next Post: Is It Any Wonder That I’d Use Paper for Creative Endeavors? »