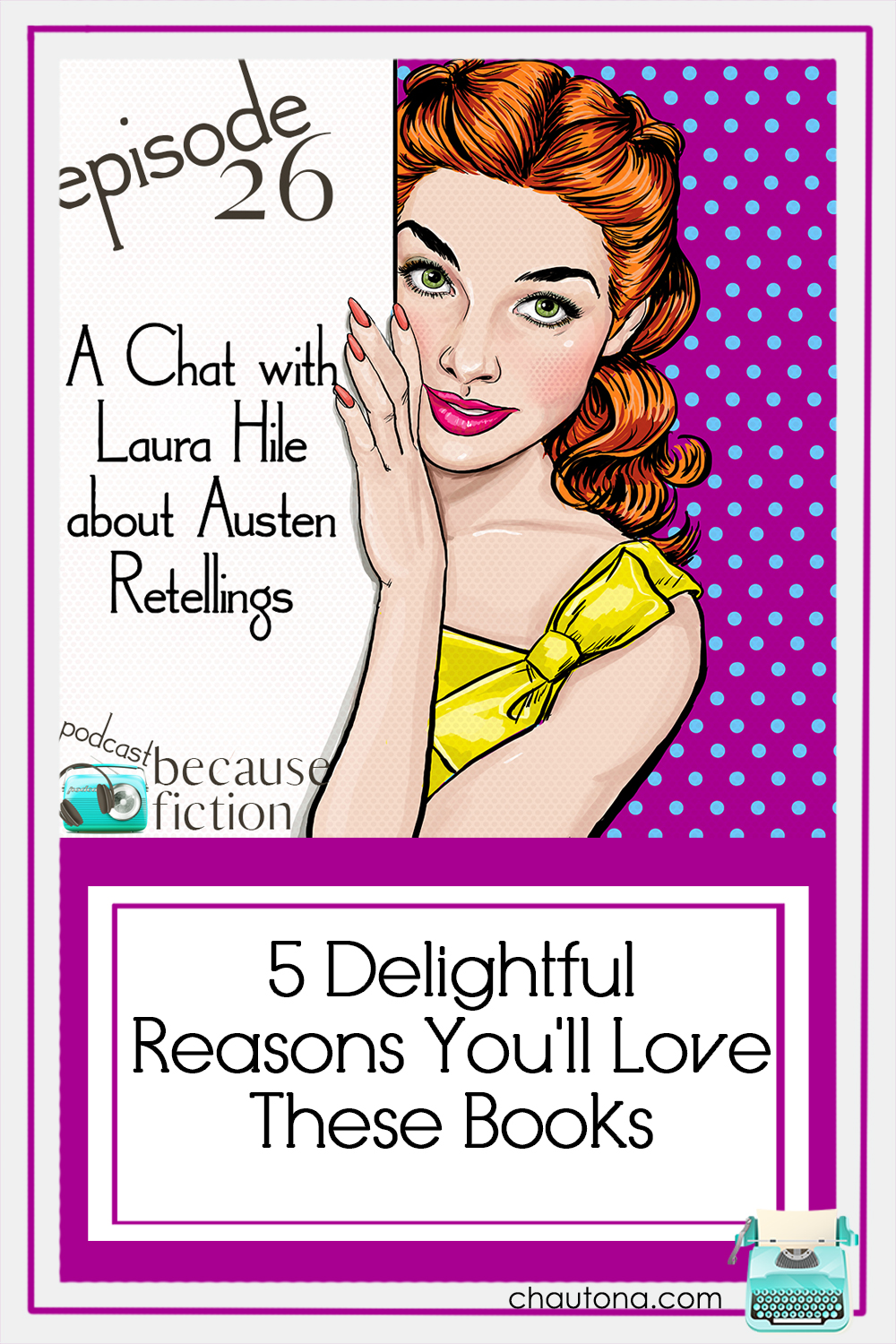 That was about ten years ago and my introduction to today’s guest!

What a delightful writer!  What hilarious books! Add to those more about those characters we love so well, and what isn’t there to love?

I read those “mercy books,” and then read everything Laura Hile writes when she writes it!

In this episode, we talk about Laura’s books, the Mercy’s Embrace series (about the unlikeable Elizabeth Elliot), Darcy by Any Other Name (a Darcy/Collins Freaky Friday-ish mashup), So This Is Love (Charlotte Lucas’ story), and As Only Mr. Darcy Can (unpublished romp about Darcy, Elizabeth, and the rogue Wickham!). There’s also a nod to the “A Very Austen” anthologies but that’s an episode for another week.

The Mercy’s Embrace series comprises three books about the eldest Elliot daughter, Elizabeth, from Jane Austen’s Persuasion.  What I loved most about these books was how Laura Hile kept Elizabeth herself while still giving her an excellent character arc with growth and redemption.

We talk about why it is reasonable for Elizabeth to have that kind of redemption in her life (excellent training from her mother, spinsterhood on the horizon, and then a plot thing that puts things in perspective for her).

I also learned that the character of Admiral McGilvary was actually a fellow author’s creation first and she took him on an gave him a story. I never knew that!

While you find it in all of Hile’s books, her quirky humor really shines in her Regency “body-swap” novel, Darcy by Any Other Name (my review). Laura’s imagination never ceases to amaze me.  Who but she would ever say, “Oh, I know. Let’s make Darcy and Mr. Collins swap bodies and see what happens”?

Seriously, Laura Hile knows how people tick, and she’s not afraid to expose them.  However, she also writes with compassion, even for unreal characters, and we talk about when authors take some of these things a bit too far.

In Darcy by Any Other Name, she also discusses the changes her Darcy character goes through as a result of not being trapped in a body that people fawn over (for reasons more than just physical.  This isn’t the A&E movie. He did not just climb out of the pond.  Minds out of the pond scum, if you please…)  ?

One of my favorite things is when someone takes a trope (romance in general in this case) and flips it on its head.  In So This Is Love, Laura Hile takes two people who aren’t interested in becoming attached to anyone and sets them in a place where it’s safe to get to know someone.  Both have baggage and dashed hopes.  Both are confident and content in their own skins—and not.  #becausehumans

One of my favorite parts of this book is how she used a smidge of inspiration from The Ghost and Mrs. Muir.  I like the idea, and while I haven’t read it yet, I bought it the moment I could, because Laura Hile is definitely an “insta-buy.”

In As Only Mr. Darcy Can, Laura Hile shows what happens when the anonymity of a “secret admirer” prompts actions that may or may not be wise as well as giving jerks their just deserts.  Wickham is at his old tricks, and Darcy’s determined to save Lizzy from him… but um… is she the one in peril?  I can’t wait for its release so we can see!

This book is slated for a late fall or winter release.  Squeee! 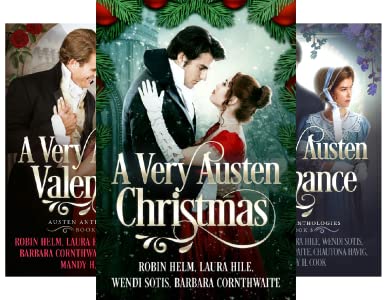 5. A grasp of human nature

From Darcy to Collins, Lady Catherine to Sir Walter Elliot, Laura Hile’s retellings of characters we all love (and love to hate) shows a keen insight not only into how Austen’s mind worked but into human nature as well. (I’d argue it shows a rather clever brain in Ms. Hile, too!).  You see this not only in the full-length novels shown above, but even in the novellas she has in the A Very Austen anthologies.

I’ve not reviewed the last one because, well… I have a novella in it about Margaret Dashwood from Sense and Sensibility, and reviewing it felt awkward. I’ll get over it.  Probably sooner than I should.

I’m sponsoring Laura Hile ’s books because I think they’re awesome. So, if you’d like to win a copy, tell me who your favorite Austen character is and why.  Just leave a comment in the show notes (Chautona.com/because-fiction-26) and I’ll draw a winner for an eBook copy of any of her books (including the anthologies).

Stay tuned for more from Laura when we talk about the A Very Austen anthologies in an upcoming episode!

You can find Laura at:

Previous Post: « Time to Spice Up Your Life—and Your Reading!
Next Post: Beware the Dreadful Scrooge! A Deadly Christmas Disease »