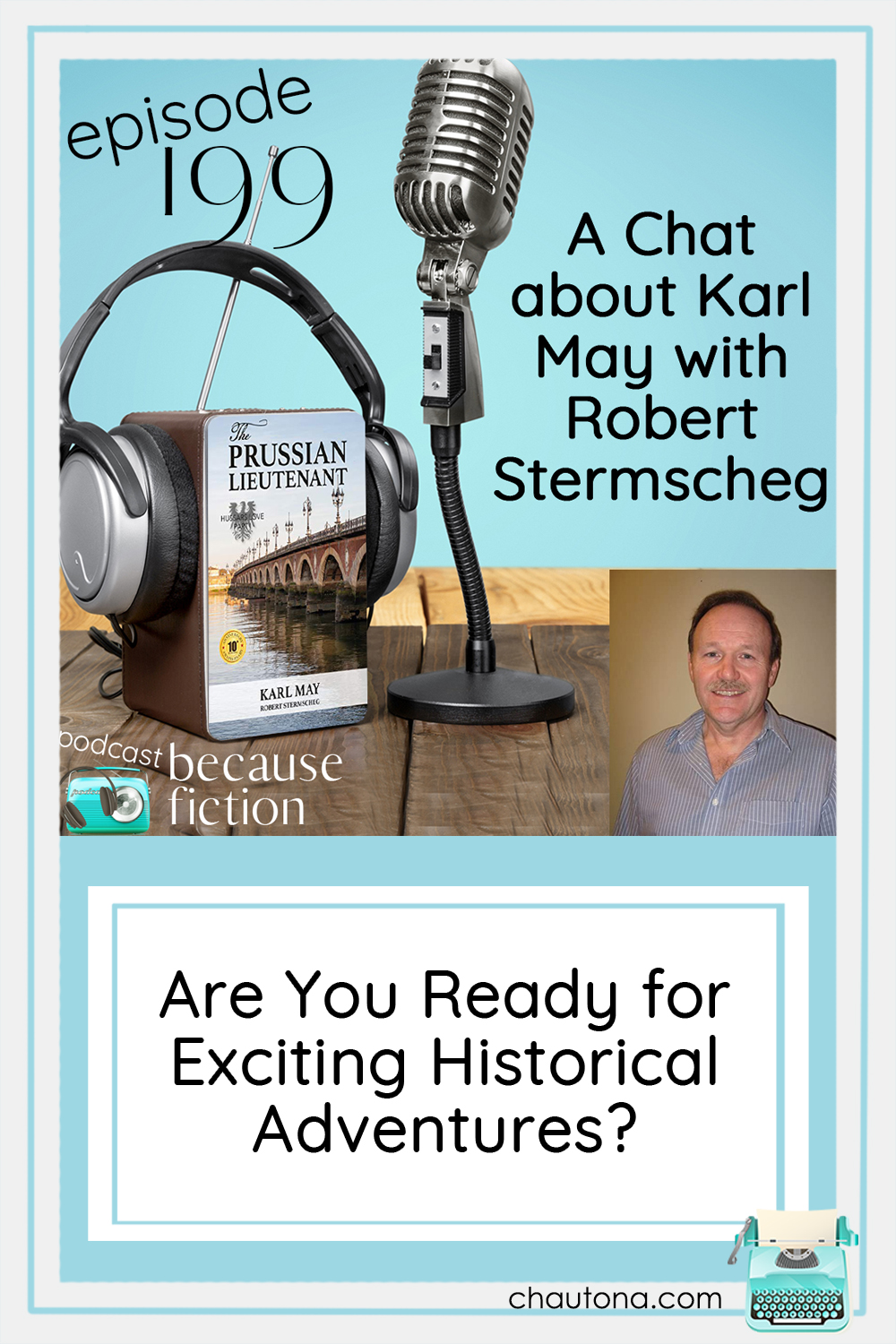 Though I’d never heard of Karl May before speaking with Robert Stermscheg. Once we chatted, I knew I had to have the first book in one of May’s series, The Prussian Lieutenant. My chat with Robert covered everything from his childhood in Europe, to his father’s memoirs (fascinating!), and his love for May’s books when he was a boy. Listen in and hear his passion for the adventure stories that captured his imagination and has held it all these years (and a bit about his own fiction, too!)

Are You Ready for Exciting Historical Adventures?

One of the best things about chatting with authors is discovering how much you have in common with people you:

I mean, how cool is that?

Robert Stermscheg was born in the same city his parents were–but by that point, it was in a different country! That’s a tough concept for this American, I can tell you. He grew up reading German novels that today he is translating into English for an entirely new audience. Learning about his process was a lot of fun, and I’m sure you’ll enjoy it as well.

Learning about the Karl May translations, his father’s experiences in a German POW camp, the WWII fiction he writes, and of course, his father’s memoir made for a fascinating interview, and it definitely added to my personal TBR. 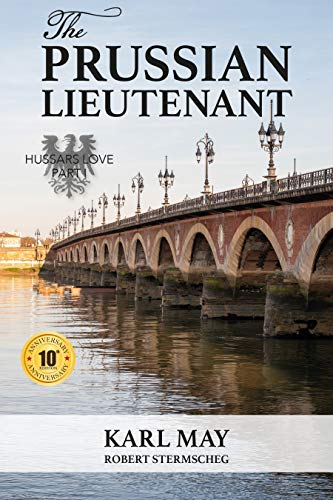 The Prussian Lieutenant by Karl May and translated by Robert Stermscheg

Paris, France–1814. The French emperor, Napoleon Bonaparte, is defeated and faces banishment to Elba, while Prussian forces occupy the capital. A Hussar officer, Lieutenant Hugo von Löwenklau, comes to the rescue of a young Parisian woman, Margot Richemonte. This simple act, while ingratiating Hugo into her family, pits him against her calculating and opportunistic stepbrother, Captain Albin Richemonte. Margot’s stepbrother is determined to marry her off to the wealthy Baron de Reillac, all in an effort to extricate himself from his own mounting gambling debts.

In the face of Margot’s blossoming romance with Hugo, the baron and the captain aren’t about to let the lieutenant whisk the lady away. Stopping at nothing to rid themselves of Löwenklau–even murder–they concoct a daring plot, ultimately exposing Hugo to Napoleon’s wrath. Outnumbered and overwhelmed, the lieutenant finds himself in the fight of his life, while trying to keep Margot out of the villains’ clutches.

Visit Robert Stermsheg’s WEBSITE for more information about him, his books, and his Karl May translations.

Previous Post: « Isn’t There Just Something Inspiring and Encouraging about Music?
Next Post: Did You Know Opposites Attract—Even When They’re Great Books? »