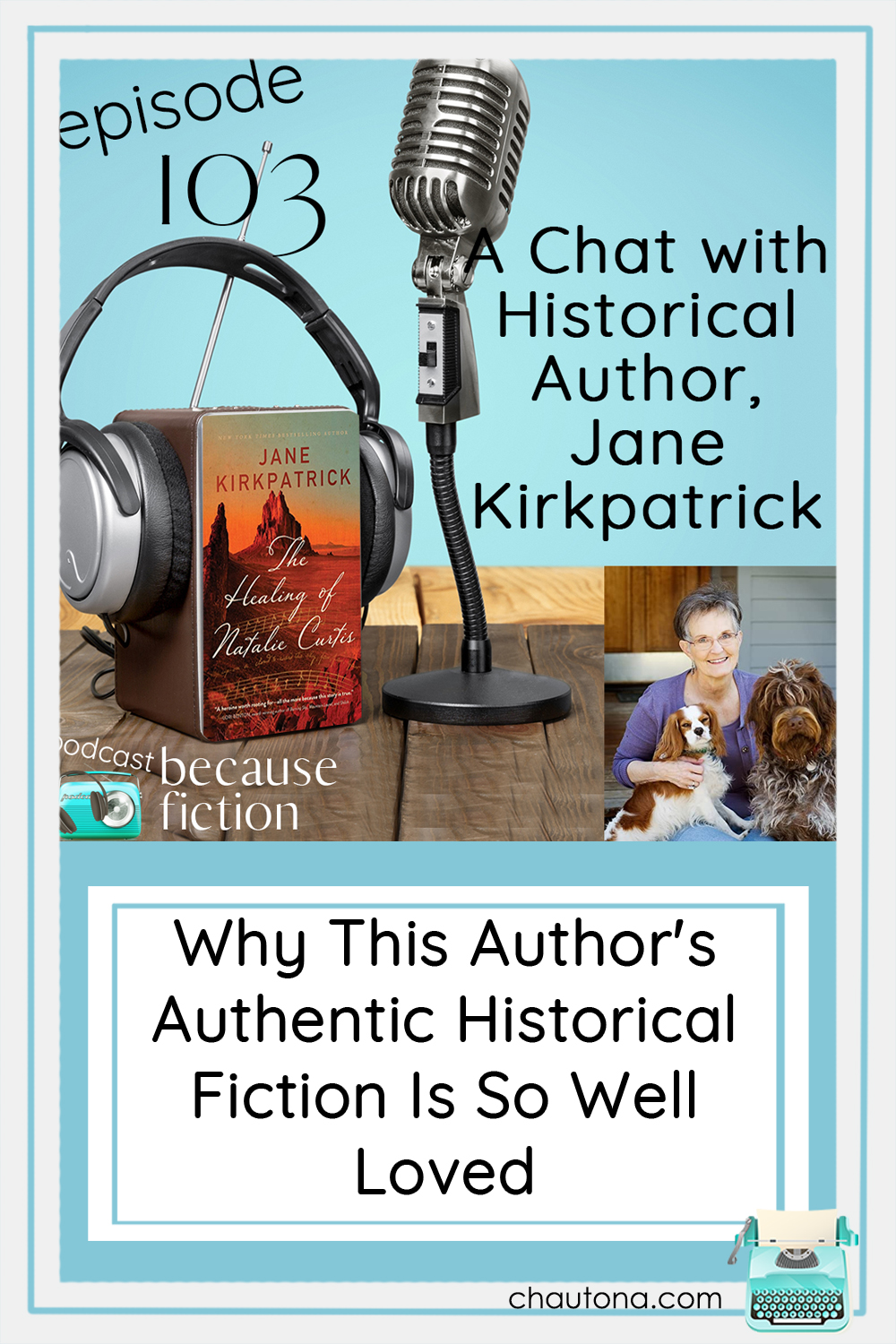 Beloved Christian historical fiction author, Jane Kirkpatrick, tells the stories of historical women we might otherwise never have known about. Instead of fiction set in historical times and including historical people we all know about, Jane writes about real people whose lives we know little of and fills in gaps history has lost.  It’s fiction, but it’s so much more.

Why This Author’s Authentic Historical Fiction Is So Well-Loved

When author Jane Kirkpatrick decided to write biographies of women who inspired or intrigued her, she didn’t expect to discover so little information about the women. The first book she wanted to write was about a woman who shared quite a few similarities with her. Of course, they were separated by nearly a century. The problem was, most of what she found were only references to being the wife of someone else. That and an obituary. But further search and research finally produced enough information to create a spine for a story she’d have to fill in with how, as Betty Smith put it in A Tree Grows in Brooklyn, “It should have happened.”

With over thirty fiction and nonfiction works, Jane Kirkpatrick offers a look at the strong, resilient women of American history and explores their stories or the stories that might have been. Those rich nuggets of fact woven into the stories gives these novels an authenticity not always found in Christian historical fiction.  Perhaps that’s why I love her books so much.  Even when I don’t like how things happen, it’s because Jane Kirkpatrick didn’t get to orchestrate the whole story.

But we discussed more than just the stories she creates.

We also discussed the issue of who should tell a story. The accusation of cultural appropriation, or even simple “best choice” can leave an author wondering if a story is “theirs to tell.”  Jane and I also explored that idea and agreed that because one person tells a story, doesn’t mean someone else can’t. Better that someone who doesn’t “get” a culture tells the story than it be lost completely.  And how better for someone to learn to appreciate another culture or belief system than to research and write about it? Why not preserve that story to intrigue someone else in the future and see where that person’s research takes it?

Ultimately, Jane Kirkpatrick writes about real people, in real times, and explores the reality that was their lives through the lens of history… and with a fictional pen.  That perfect blending offers so much more than mere facts or imaginative fiction. It blends them both into a beautiful harmony of words, events, and stories.

When not writing or researching, books Jane loves to read include historical fiction by authors such as Susan Meissner and mysteries by authors such as Louise Penny, Alan Bradley (the one she couldn’t remember), and Donna Leone. I enjoyed discovering she reads one of my favorites–Jacqueline Windspear 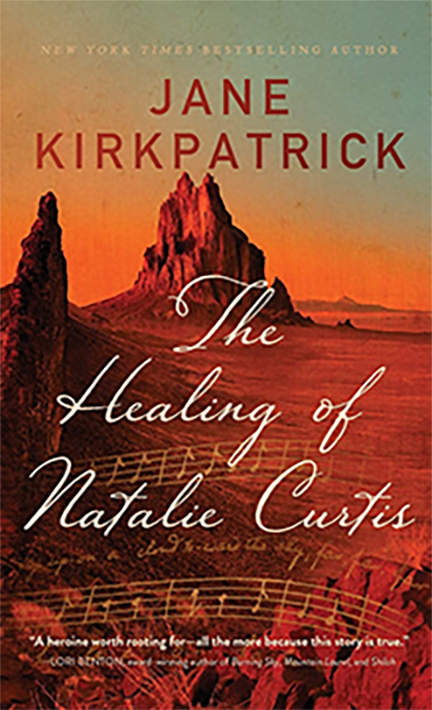 The Healing of Natalie Curtis by Jane Kirkpatrick

Classically trained pianist and singer Natalie Curtis isolated herself for five years after a breakdown just before she was to debut with the New York Philharmonic. Guilt-ridden and songless, Natalie can’t seem to recapture the joy music once brought her. In 1902, her brother invites her to join him in the West to search for healing. What she finds are songs she’d never before encountered–the haunting melodies, rhythms, and stories of Native Americans.

But their music is under attack. The US government’s Code of Offenses prohibits America’s indigenous people from singing, dancing, or speaking their own languages as the powers that be insist on assimilation. Natalie makes it her mission not only to document these songs before they disappear but to appeal to President Teddy Roosevelt himself, who is the only man with the power to repeal the unjust law. Will she succeed and step into a new song . . . and a new future?

Award-winning author Jane Kirkpatrick weaves yet another lyrical tale based on a true story that will keep readers captivated to the very end.

You can find out more about Jane and find links to her social media on her WEBSITE.

Previous Post: « This Brilliant Author Made Me Love a Beloved Book Even More
Next Post: How Clearing out Junk Helped Me Find Treasure »