It might be an unusual response to hearing that someone has cancer, but I say it every time.  And for the record, I don’t think cancer is some Divine punishment for sin.  That’s not what I’m saying.

But because sin entered our world and corrupted God’s creation, we have things like viruses, dangerous bacteria, and cancer—evil, horrible, want to kick it to the curb of the world and fling it into space, cancer.

My grandfather died of cancer when I was just a baby.  Later, we lost my Uncle Gene to it.  A dear friend is battling now to keep it at bay. She can’t win—it’s too far gone, but she fights it every day to hold it back.  She’s my hero.  If I ever have cancer, I want to be like her in how I approach treatment and life while it exists.

If I’m completely transparent here, I’ll confess (and I’ve never done this before), I’ve always assumed I’d have cancer someday.  No idea why.  It doesn’t technically “run” in our family.  For what it’s worth, only 6-10% of cancers have a genetic link, so…

Anyway, with a friend fighting her battle and knowing there are so many things pushing for life right now, when Beating Cancer : One Truth at a Time came up for review, I requested a copy.

I didn’t know what to expect from it, but I wanted to see what I could learn.  I didn’t expect it to inspire me, but that’s the only way to put it. 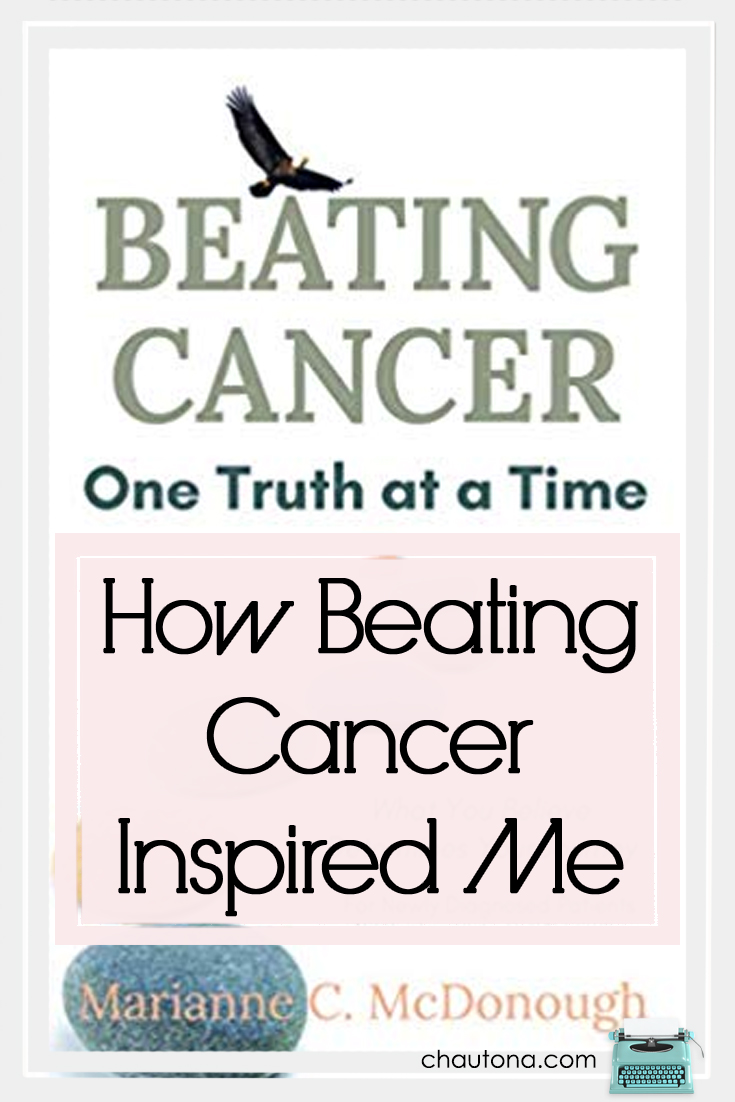 How Beating Cancer Inspired Me

Look, this isn’t a thrilling book that makes you jump up and say, “I want to have cancer so I can kick it in the bum!”  Yeah.  It’s not that kind of inspirational.  Doubt anyone could make that happen!

Still, the author’s can-do attitude, her determination not to let misconceptions define her journey, and her vision for helping others rise above the “diagnosis,” really does make you feel like anyone can conquer this cancer journey thing.  No, you might not conquer cancer, but if you heed Marianne McDonough’s advice, you will conquer the journey.

And that’s really all she promises.

Though much of the book is more of a workbook for walking through your decisions and processing thoughts and emotions, she offered solid bits of help—not so much that you choke on the fire hose of information, but neither did you feel like you were lapping at dew in desperation for something refreshing.

All in all, even if you never worked through the exercises (I doubt that I would), glancing over each section as you reached that milestone would give you an idea of what you were up against next.

One thing that felt off every time I read it was how she kept telling us to “find our truths” and “define our truths.” Now, this “truth” is the alternative to a myth.  It’s not that she’s saying, “whatever you think is truth.”  And yet, she is.

I suspect that this truth is supposed to be A truth that you choose depending on how you react to the myth.

It’s you choosing which true thing you will focus on.  I just didn’t get a clear enough picture of that as she wrote it.

For those looking for an overtly-Christian book, Beating Cancer is not it. While she mentions her “faith” and “God,” I think she is likely a Christian who wrote a general market book.

Previous Post: « What Did I Think Of Chosen People & Do I Recommend It?
Next Post: 3 Ways Cassie Solved the Christmas Stocking Nightmare »