Don’t miss her novella in the collection and, knitters! She included a pattern for the hat the cover model wears! Isn’t that super cool? 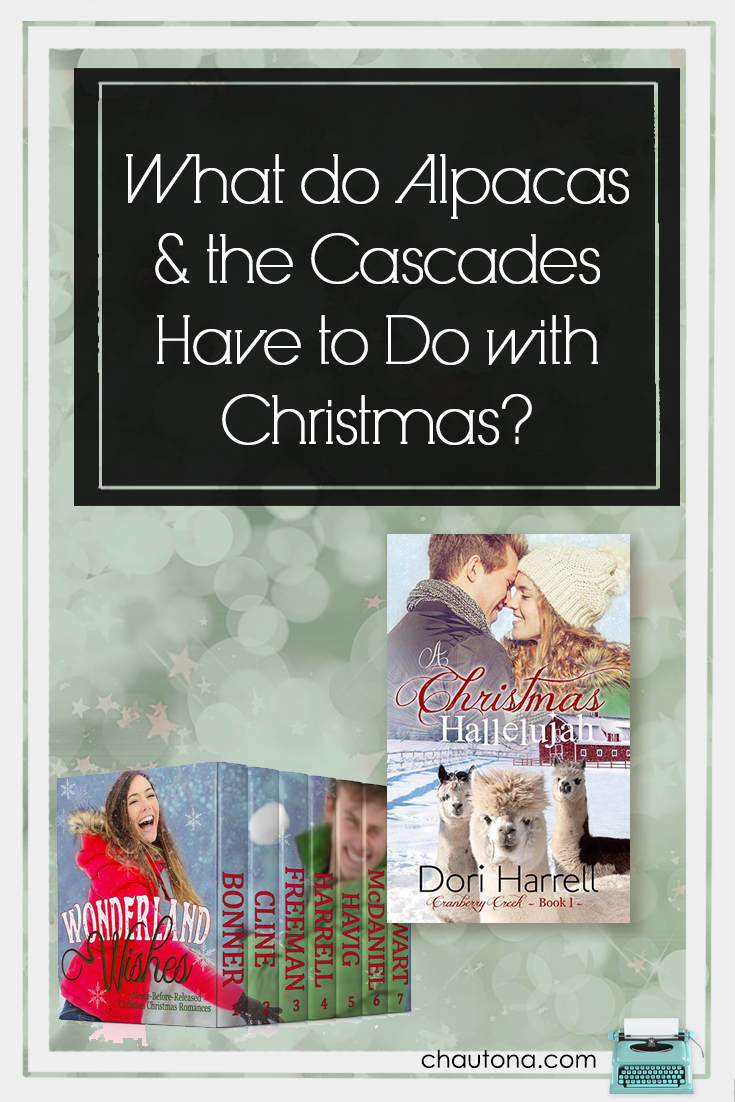 So, What do Alpacas & the Cascades Have to Do with Christmas?

A Reason to Shout Hallelujah

I don’t know about you, but sometimes my life is…messy. Sometimes it’s downright stormy, like when my beautiful, amazing mom was diagnosed with cancer or when my father-in-law, who treated me like his own daughter, had a stroke.

Those are times when you don’t understand what’s going on but you draw closer and closer to the One who does understand, the One who hears the cries of your broken heart, the One whose grace makes your heart whole again.

So when I was asked if I would join the Wonderland Wishes e-book boxed set, I knew my story would be a drama, but with lighthearted moments, because isn’t that exactly how life is? Even in the midst of our deepest trials, God bestows upon us gifts that bring out smiles and laughter. 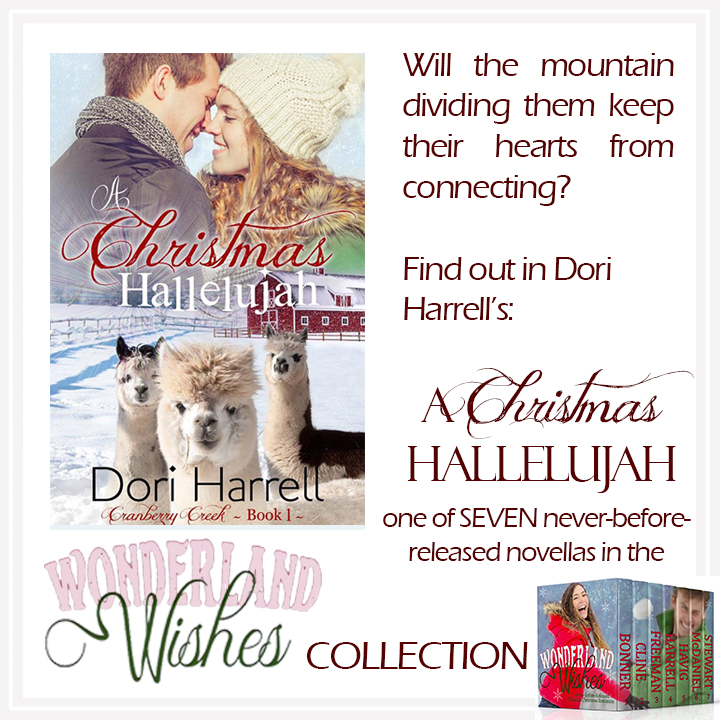 I also knew my story, A Christmas Hallelujah, would be based on the song “Better than a Hallelujah,” with characters dealing with life-changing, heart-breaking circumstances that would eventually draw them closer—and hopefully, the reader too—to the heavenly Father, because who else could heal them?

My main female character, Piper, finds her life turned upside down when her mom takes off to find herself. Piper is left to manage her family’s alpaca farm and to raise her troubled teenage sister, and Piper feels like she’s failing.

Alex, my male character, has a son who sticks to him 24/7—he has severe separation anxiety disorder and panics if he can’t see his dad.

And standing as a physical barrier between Alex and Piper is the Cascade mountain range—Alex lives on the west side of the Cascades and Piper on the east.

As I was researching the story elements of the alpaca farm, one discovery led to another about the sweet-faced creatures, and I stumbled upon something that draws my main characters, and the children, closer to each other and fills them with hope even as the outcome is uncertain.

And out of that hope comes healing for their hearts, healing that’s based on God’s grace rather than the hoped-for outcome. And out of the knowledge that God’s grace is at work in the beautiful messes that are their lives comes a reason to shout hallelujah.

I’ve read every book in the Wonderland Wishes boxed set, and I appreciate that each story has a fully developed theme-based plot that focuses on faith, and you’ll find evidence of God’s grace in every story. These short novels will help set your mood for the holidays. They had that effect on me!

May the grace of God abound in you this Christmas season!

You can find Dori on the following social media sites.

I recommend following her and getting to know her. She’s a real sweetheart.

If you missed the previous weeks’ posts from the other authors in the collection, you can find them here:

Next week… the story behind my novella in the collection, The Second Noel!