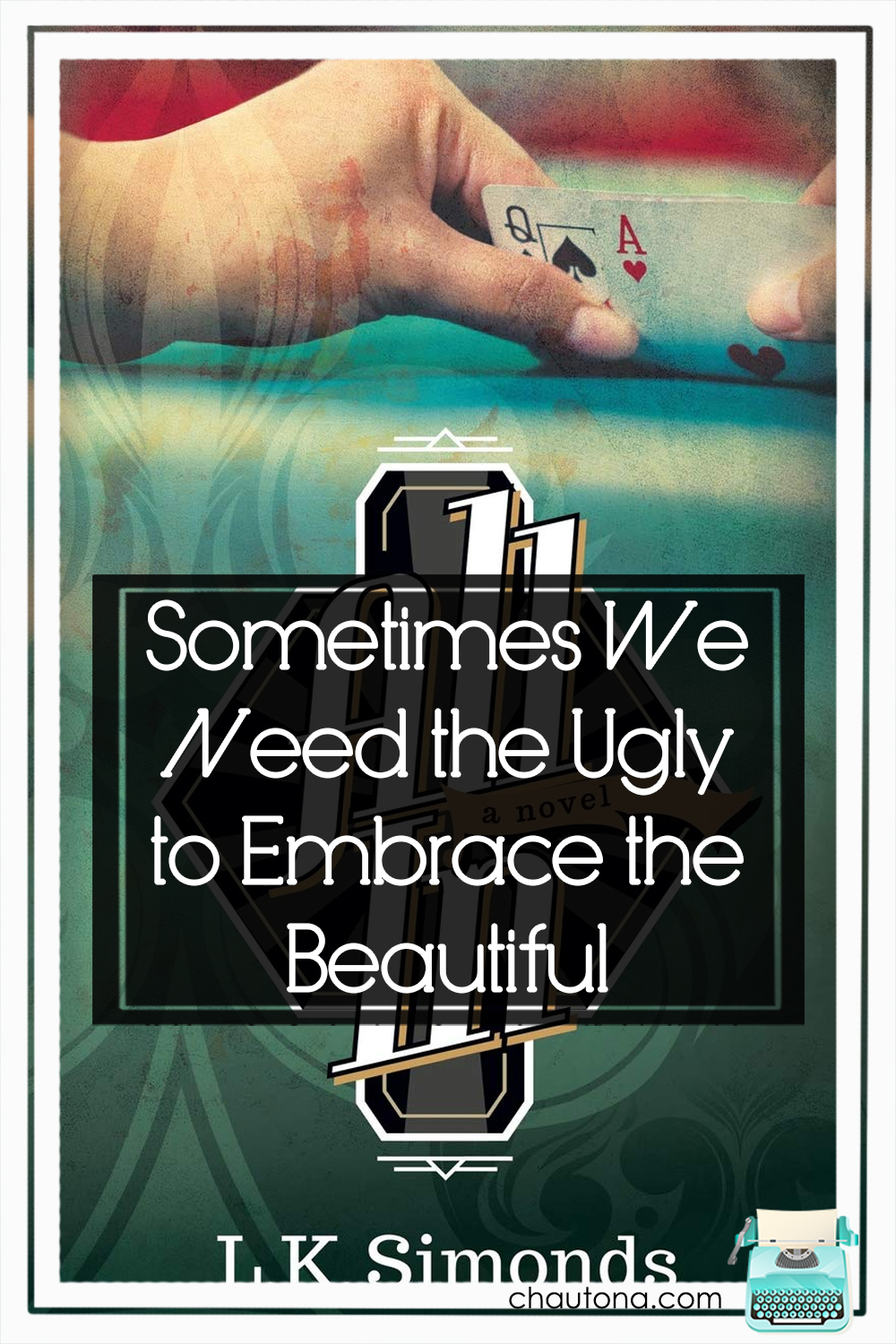 Okay, here’s the thing. When my daughter says those four little words, I know a gem is forming behind those lips. As expected, the rest came a moment later.

“I’m sick of people acting like God’s saving work in people is only amazing if the person used to be involved in ‘really bad stuff.’” Air quotes shot into the air with that one. She almost shook with repressed anger. “It’s like you have to be an ex drug addict, murderer, prostitute… or at least a politician for what Jesus did for your soul to really mean anything.”

Before I could agree, and I did, she continued as if she couldn’t stop talking. “People who ‘just,’” there went those air quotes again, “—told a lie or disrespected their parents or… gasp gossiped about the woman at church… God didn’t do much for them. We believe that lie, and it’s sickening.”

Seriously. We do have—all of us to a degree, I suspect—this attitude that people with so-called “big” sins are the real conversion stories. It’s a lie. A big, fat, hairy lie singed by the pit of hell.

In fact, sometimes I think “church people” are the hardest to convert—to really see their sin for the black ugliness that it is. I know it was for me. Just sayin’. A book I read recentley reminded me of something Nancy Leigh De Moss said in her book, Lies Women Believe: 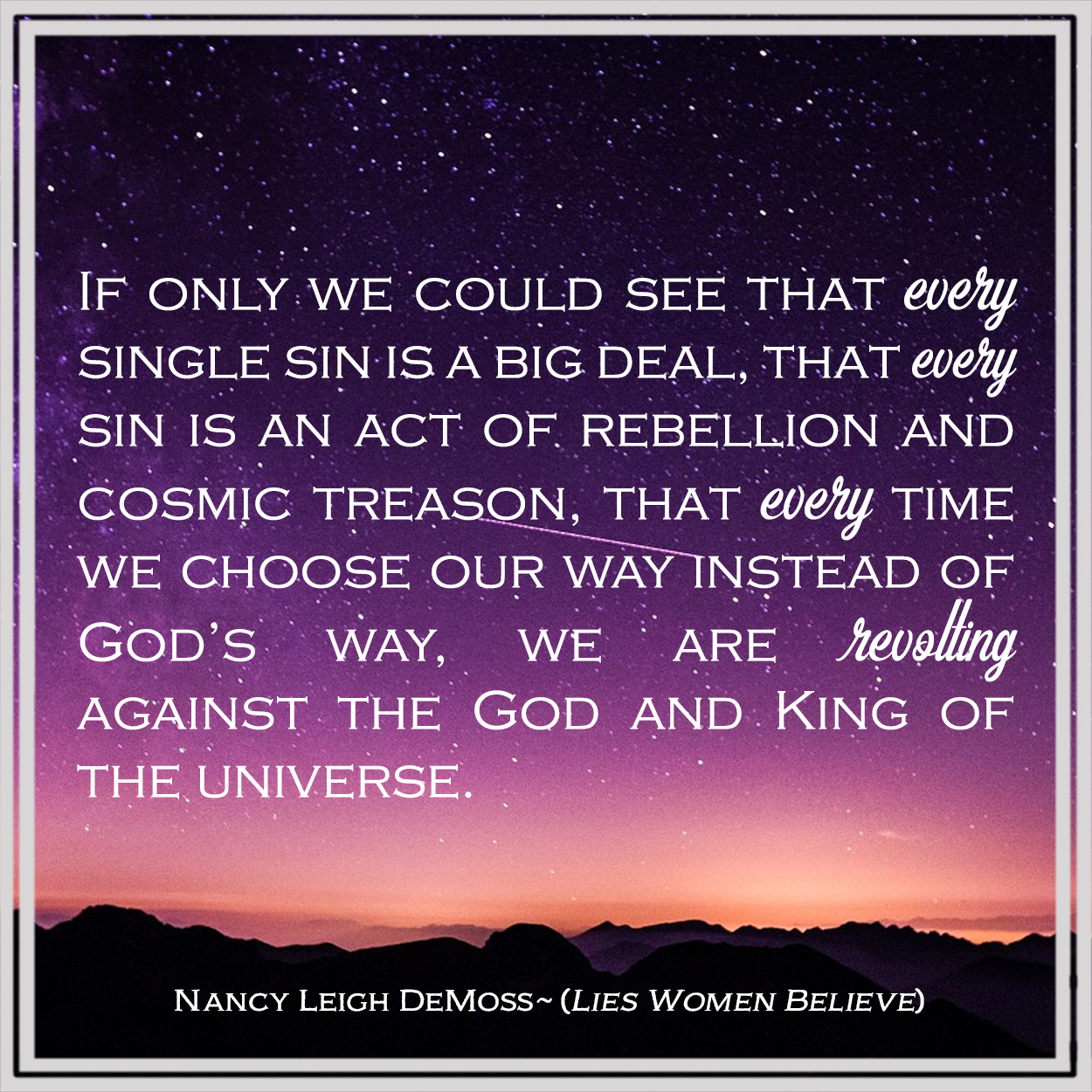 Still… on the other side of that coin? Those “big change” conversions? There is something uniquely beautiful about them. Through them, we see a picture of what God does in every single heart He regenerates. Because we can see the outward change, we get a glimpse of what happens in the heart of every Christian on the planet.

When I requested and received a free review copy of All In a few months ago, I assumed I’d be writing about cards, gambling, and how one of my grandfathers used to work two jobs—one to support the family and one to support the gambling. But then I read the book…

Note: links are likely affiliate links that provide me with a small commission but cost you nothing extra. Additionally, I was given a free copy of this book and chose to share my opinion.

Sometimes We Need the Ugly to Embrace the Beautiful

When I read the synopsis for All In, I was. All in. I pictured a book pretty much like I got. The synopsis is spot-on without giving away the whole plot, either.

Told in first-person present tense (and better than most with that style), the story keeps you engaged as you almost plead with her to give up a life that from the outside, looks soooooooooo empty. Seriously, I just ached for her. Ached.

L.K. Simonds can write… and well. She kept me riveted to pages of a life that shouldn’t have interested me. It did, because, as I said, Simonds made me care about Cami—even when I didn’t like her.

This isn’t your typical Christian fiction. In fact, I suspect many Christians (and a significant number of my readers) wouldn’t enjoy this book. It’s raw, real, and shows a side of life we like to pretend doesn’t exist. I feel a little like Jack Nicholson right now—like I should warn that the book reaches… “deep down in places you don’t talk about at [church].”

She addresses irresponsible and selfish sex. Blatantly. She doesn’t pretend it’s anything but what it is. We aren’t treated to details that don’t belong in our minds, but Simonds does leave no doubt in those minds of exactly what and why what happened… did. From recreational sex with just anyone in the past to one-night-stands and seduction, it’s all in here and yet, I don’t feel like I’m soiled for reading it.

Drugs—why and why not. How. The desperation. The reasons people go after them and why they shouldn’t—all without preaching. Not even once.

Excessive alcohol, cigarettes smoked like nobody’s business, deception, blatant lies… they’re all in here without apology… I hope I don’t give away spoilers when I say, but not without redemption.

A few things I must mention. There are a few words in All In that many readers will object to. Yes, they’re what the character would have said. No, I don’t think they should have been included. Yes, I’d still buy the book knowing they were there. They weren’t gratuitous on the part of the author—just on the part of the character. And in some English-speaking cultures, they aren’t considered foul words. Just throwing that out to give an idea of which ones they might be.

Additionally, I cannot say what it was without giving away plot points and stuff, but I will say that the author believes things I do not. As a result, there are a few things near the end (they are alluded to in the last third of the book or so) that I disagree with theologically. However, they aren’t pushed. I can’t decide if I like what she did with that or not. Part of me wishes she hadn’t… another part… I don’t know. I’m torn.

Recommended to people who aren’t afraid to deal with “edgy” fiction, people who love deeply redemptive stories, and who need a beautiful picture of the mess God has cleaned out in their hearts.

And, I’m going to make an unexpected recommendation for certain teens. If you’ve got a teen who cannot see the dangerous path they crave for the glittering lights covering it, this might be a realistic eye-opener. It’s not preachy, but it does wrap a dose of Biblical medicine on every page.

Do not regret requesting a review copy, grateful for the free one I received, and this one I’m keeping. Not only that, I think it might make my top books of 2019.

I think All In is an important book.

Previous Post: « What Does It Take to Be a Superior Nanny?
Next Post: Don’t You Think Spies Are Kind of Questionable? »