I remember everything my favorite music teacher taught me about music.  Odd, though, I don’t remember her name or anything she told me about my own playing, but about music, I remember.  I can hear her as if I’m still standing in her little studio, violin tucked under my chin, wrist hanging from the neck, never resting on it, and my bow pointed down “so you don’t take out someone’s eye as they pass by.”

She said it often, I think.  At least, I hear it often when I think of different pieces I worked on.  “Barcarole,” “Greensleeves,” “Bunessan” (often known as “Morning Has Broken”).  She’d say,

“Make every note count, Chautona.  Every note must count.”

You know, that advice translated to words when I began to write.  I can hear her voice again, but this time she whispers,

“Make every word count, Chautona.  Every word must count.”

When they don’t, you’re left dissatisfied—empty. 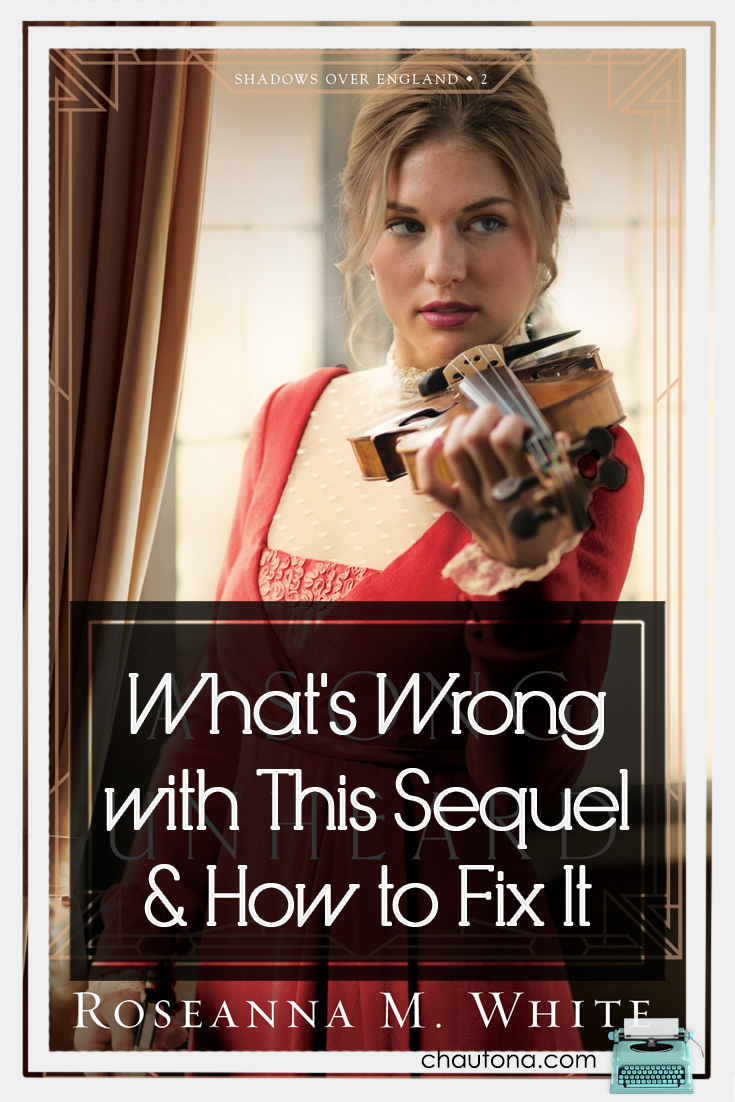 Note: links in this post may be affiliates that provide me with a small commission at no extra expense for you.

Thankfully, that didn’t happen to A Song Unheard.

Whew! Instead, in a sequel even better than the first book, A Name Unknown, Roseanna M. White has given us everything you could want in a book.  Characters that dance off the page—sometimes marching to the beat of their own inner-drummer and other times waltzing across to the tune that only they can hear.  The rest weave in and out with perfectly synchronized movements to the melody of the plot and the harmony of the setting.

I said A Song Unheard was my most anticipated read of 2018.  Yeah.  It didn’t disappoint.

So often in fiction, particularly historical fiction, description destroys that ideal of each word holding meaning.  Instead, they drip from the page with excess floridity. Loquaciousness becomes verboseness until the story is weighed down with details that while interesting alone, do nothing to serve the story.  And at that point, they no longer become interesting.

This book has so much to recommend it—great attention to detail without excess verbiage to begin with.  Characters who steal your heart and never waver from who they really are.  An interesting plot with enough twists and turns to keep you guessing without making it ridiculous or implausible.

Basically, I think I have my first book to make my 2018 awards.

So, What’s Wrong with This Sequel?

Book three—it’s not available.  That’s a problem.  There’s just something wrong about not having Barclay’s story.  As I got to about chapter three, I realized that I’d not be satisfied with this story.  I’d need more. Let’s face it; I’d need his.

So how do we fix this lack of a sequel?  I appeal to Bethany House.  Release that sucker.  Yesterday would be preferable, but I’ll settle for today.  Or tomorrow.  I’m okay with that, too.

No really.  I have almost no qualms about this book.  And considering that I read an ARC that might not have final edits in it, my tiny quibbles might not even be in the final thing.  A few mixed pronouns and such… who cares?  You have characters like Willa—someone I totally get, by the way.  Wales!  The book is set in Wales!

And, then Margot… oh, how I loved that little girl who didn’t know how to be a little girl.  I understood her so.

Um, yeah!  If you like a bit of intrigue, a lot of verbal sparring, a romance that isn’t drippy… Wait.  I have to say something else there, too.  The romance in this?  It got me.  Not only that, it held me.  I cared about it—as an element by itself.  Cheering for a couple, ranting when they are being stupid.

There wasn’t any of it I didn’t love.  Even the stupid kisses didn’t get to me, but then Lukas had the decency not to require my freezer to get through them.  😉

You know what?  I’m going to redo my recommendation.  If you like Christian fiction with a genuine, slow grasp and acceptance of faith, just get the book.  Seriously.  I can’t imagine how you would regret it.  I just loved every minute, and I really didn’t have TIME to read it.  Sometimes, who cares what other things are getting neglected in favor of it.  Just sayin’.

Thank you to Celebrate Lit for the opportunity to review this book.

I requested it, I read it.  Opinions are my own and uninfluenced by the receipt of a review copy.  (And c’mon, anyone who has read my reviews KNOWS I don’t let a free book influence what I say about it.  🙂 ) 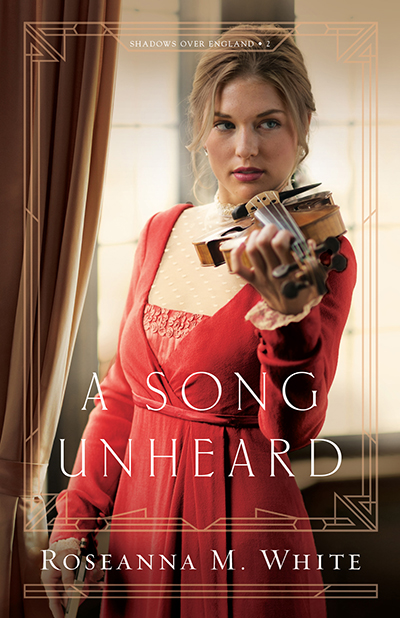 Willa Forsythe is both a violin prodigy and top-notch thief, which makes her the perfect choice for a crucial task at the outset of World War I—to steal a cypher from a famous violinist currently in Wales.

Lukas De Wilde has enjoyed the life of fame he’s won—until now, when being recognized nearly gets him killed. Everyone wants the key to his father’s work as a cryptologist. And Lukas fears that his mother and sister, who have vanished in the wake of the German invasion of Belgium, will pay the price.

The only light he finds is meeting the intriguing Willa Forsythe.

But danger presses in from every side, and Willa knows what Lukas doesn’t—that she must betray him and find that cypher, or her own family will pay the price as surely as his has.

Previous Post: « Why Do I Blog All the Time? My Top Reasons
Next Post: What Happens to Your Life When the Word Is the Standard »