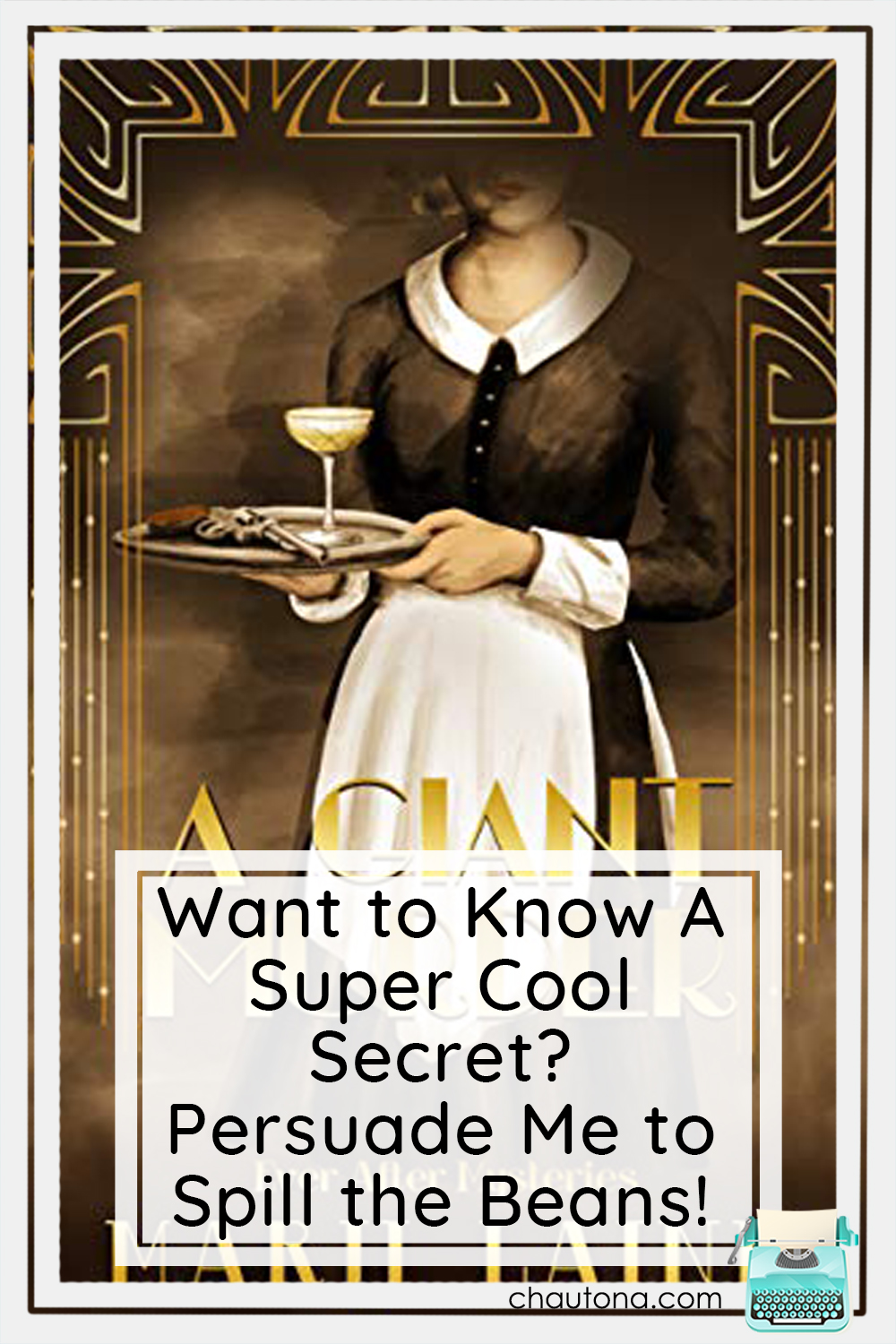 Another day, another bunch of fun launch festivities for A Giant Murder by Marji Laine. This is kind of like what we did for The Last Gasp.

A Giant Murder is book two in the Ever After Mystery series from Celebrate Publishing, and the series authors are sharing a fun mini blog hop, all looking for who can’t keep a secret and spilled the beans! 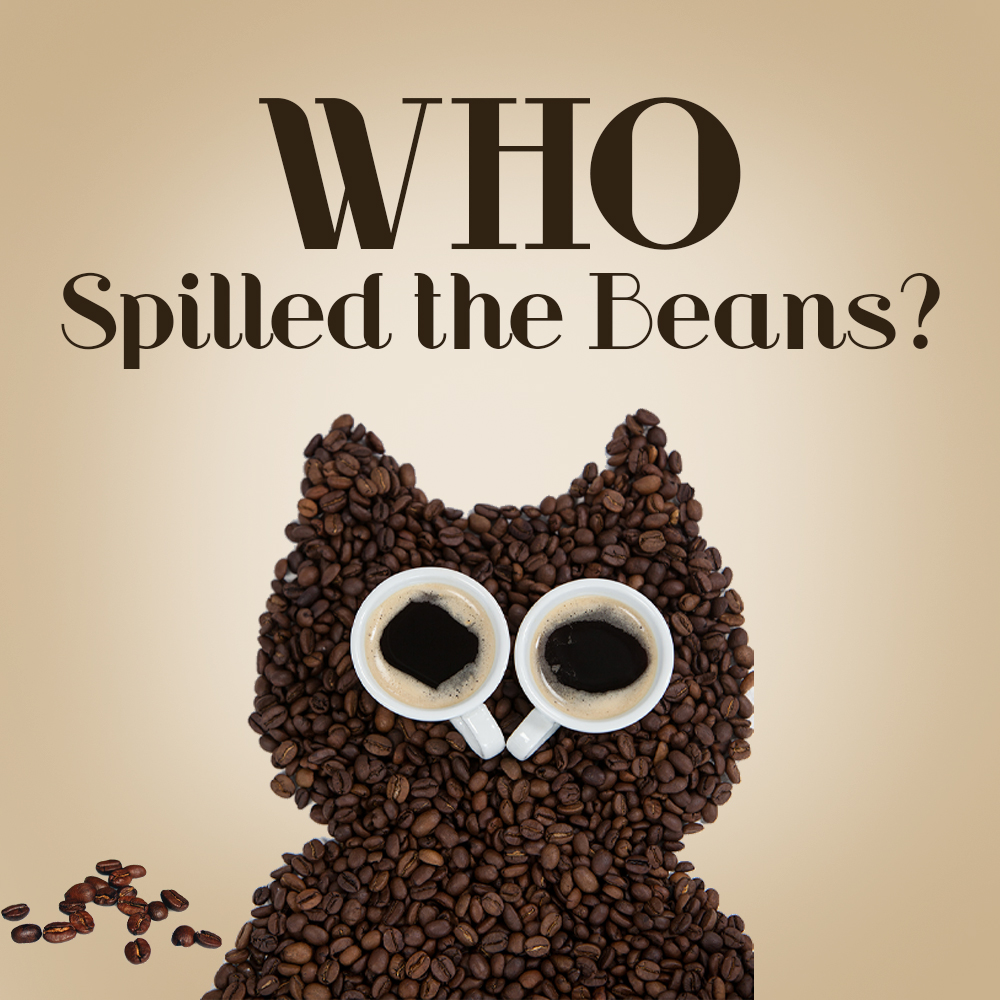 There is nothing worse than cold fries.  This is why when I order fries with my food, I eat the ones I want first. (Why do they always make enough for 50 people, anyway?) So there I sat in my favorite booth at Denny’s, dipping each fry’s “toe” in the pool of ketchup in the little ramekin they gave me (I don’t like everything I eat swimming in ketchup). Bliss with salt. Just sayin’

Someone slid in across from me, and I’ll admit it.  I’m here to confess all.  You wanted beans spilled, and they will be!

I was irritated. I mean, here we’re celebrating the release of A Giant Murder, and I’m ready to commit one right here. Right now.

Come on, how am I supposed to eat my fries while they’re hot if I have to listen to someone yammering on about local politics… or maybe about a boyfriend’s cheating… or how in debt he is… Sigh.  A glance up and I knew.  This wasn’t about any of that.

This gal wanted the inside scoop or she’d fry me like a pan of frijoles!

“What’s this I hear about some super-secret project you’re a part of?”

“Oh, no…” My brain raced as I drawled that out longer than a trip across Texas.

She wasn’t the first person to bug me about this, and I suspected she wouldn’t be the last. So, like James Veitch, I ended up toying with her just a bit.  I said,

“Want to Know A Super Cool Secret? Persuade Me to Spill the Beans!”

That’s when I nearly got hot, liquid beans spilled all over me. She caught herself just in time, I tell ya!. “What’ll it take to persuade you?”

Look, if I EVER told, Sandy would have my hide stretched out for target practice of some kind. And that’s only AFTER she threatened me with having to write ten more Marriages of Conviction books… in first-person/present tense!  Or something equally horrifying.

Why people think they can browbeat trade secrets out of me is one of life’s greatest mysteries.  I mean, it’s not just my story to tell. Ask any authors, new and established, and they’ll tell you. The minute you start spreading rumors about other peoples’ projects, you’re in for some serious trouble.

What happened next… you’re not going to believe it.

That woman–that so-called friend–dragged me out of the restaurant, my laptop sitting there with all the secrets right there for anyone to read (I mean, it wasn’t her brightest moment. I’m just sayin’). Down to the police station, I kid you not. She dragged me down there and ordered her son to throw me in an interrogation room until I spilled every last one of those beans.

Look, most cops can’t be intimidated by anyone, but I didn’t blame the poor guy.  I mean, you don’t mess with your mom–detective or not.  With an apologetic look my way, he led me down the hall and into the “room.”  It really did have a table and two-way glass–just like on TV.  I was smart enough not to say that.  Good thing, too. Because otherwise, he might not have brought that frosty can of Coke.

“Don’t worry about Mom. I’ll talk to her. She just really loves to know all the things.”

Hey, I thought that would be the end of it. I’d sit there, sip my delicious Coke, and plot out new books for a while. She’d give up and go home. He’d come in, let me go with another sheepish apology, and all would be well.

For those who don’t believe he’d do this, remember. I live in a small, desert town near Death Valley.  Charles Manson’s people used to wander around here–right onto the place where my husband works.  It’s a thing, folks.

This guy knew I wouldn’t pitch a fit. After all, I’ve got all these kids driving now, and he knows how to use those flashing lights.  It’s that quid pro quo thing.  I’m good with that.

But no… That wasn’t the end.

SHE walked in the door like some crazy evil fairy or something, ready to curse me for not speaking up.

Picture the wicked fairy from Sleeping Beauty meeting “Mother Gothel” in Rapunzel. No it’s not the most flattering image of my friend, but in that moment…

She plopped down in the chair opposite me and pulled my Coke out of reach.

No, really. She did.  Can you believe the nerve!  Yes, I kind of lost it. Do you blame me?  She just sat there, holding it. Mocking me as I ranted about idiots who think I’d give away someone else’s secret.  That’s when she said it.

“But you told Challice.”

Okay, two things. First, Challice is my daughter, and she’s also my calendar scheduler. She makes sure I get my stuff done, basically. So it’s entirely possible that she might find out somehow. Eventually. But she hadn’t yet!  Not from me!

And second… It’s not true.

I turned to my friend, glared at her mocking me with that Coke can and practically screamed, “What do I have to do?  Write it on that two-way mirror in 1940s red lipstick?  I. Did. Not. Spill. The. Beans!”

I guess she finally believed me, because with a sigh, she set the can back down in front of me and walked out. WHEW!

Of course, I can be persuaded.

Of course, I can.  I mean, if her son had asked me about it… before he gave me that can of Coke… you bet I’d have spilled every last one of those beans.

But…I didn’t have to.  So, you’ll have to search for some other culprit who… well, spilled the beans, of course! Follow along to see if you can find who did it and… what the secret is.

And then tomorrow, check out

One of these guys did it!

Oh, and grab your copy of A Giant Murder.

Here’s a bit about it: 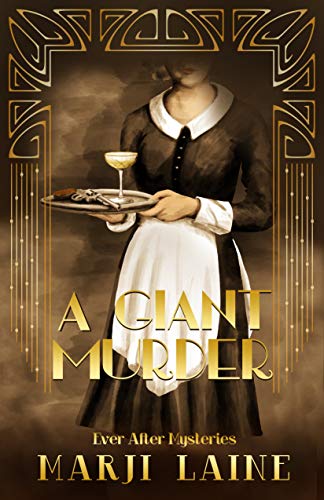 Would you like a shot of… death with that, sir?

Josephine Jacobs was just doing her job, serving at an exclusive party, so why is she now being accused of shooting TG Taggert?

At a party full of suspects in the murder of Taggert, Josie served the food giant everything but an eternally “parting shot.” Who really killed TG Taggert? His wife? His son, Jack? What about Harper Davis? Rumor has it, she was having an affair with him—motive for her or Taggert’s wife! The list of those who seemed to hate him keeps growing, including a chemist and a chef!

With her long-time friend, Office Porter O’Brien, Josie sets out to clear her name and find out who really killed “the giant”.

Find out in this next book in the Ever After Mysteries, combining beloved fairy tales and mysteries. A Giant Murder offers a retelling of “Jack and the Beanstalk” with enough clues and suspects to keep you looking over your shoulder. We’d recommend Kevlar… but it hasn’t been invented yet!

Previous Post: « One Author’s Sensitive Look at a Difficult Subject Is Helping Readers
Next Post: What Does It Take to Change a Messed Up Man’s Life Forever? »