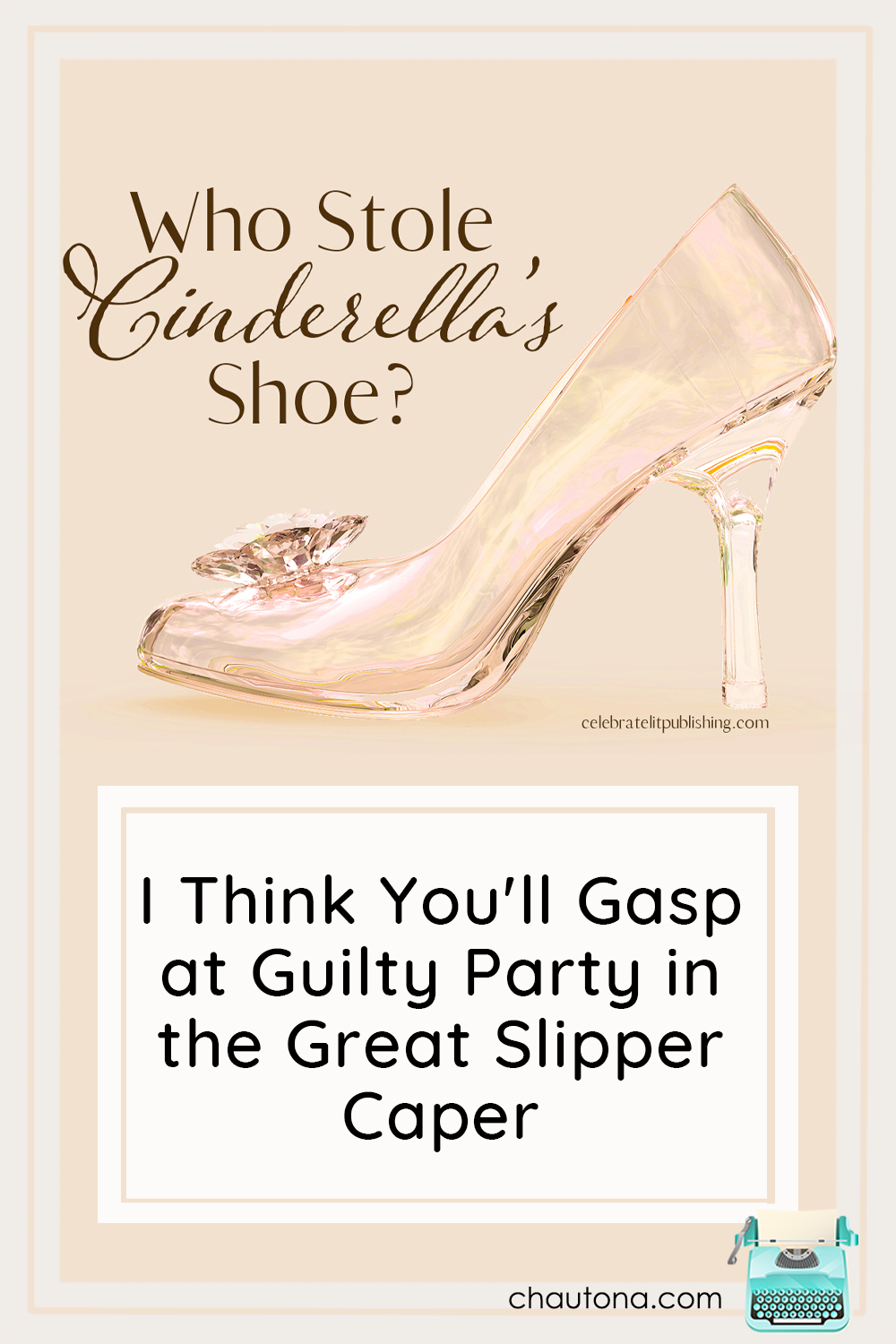 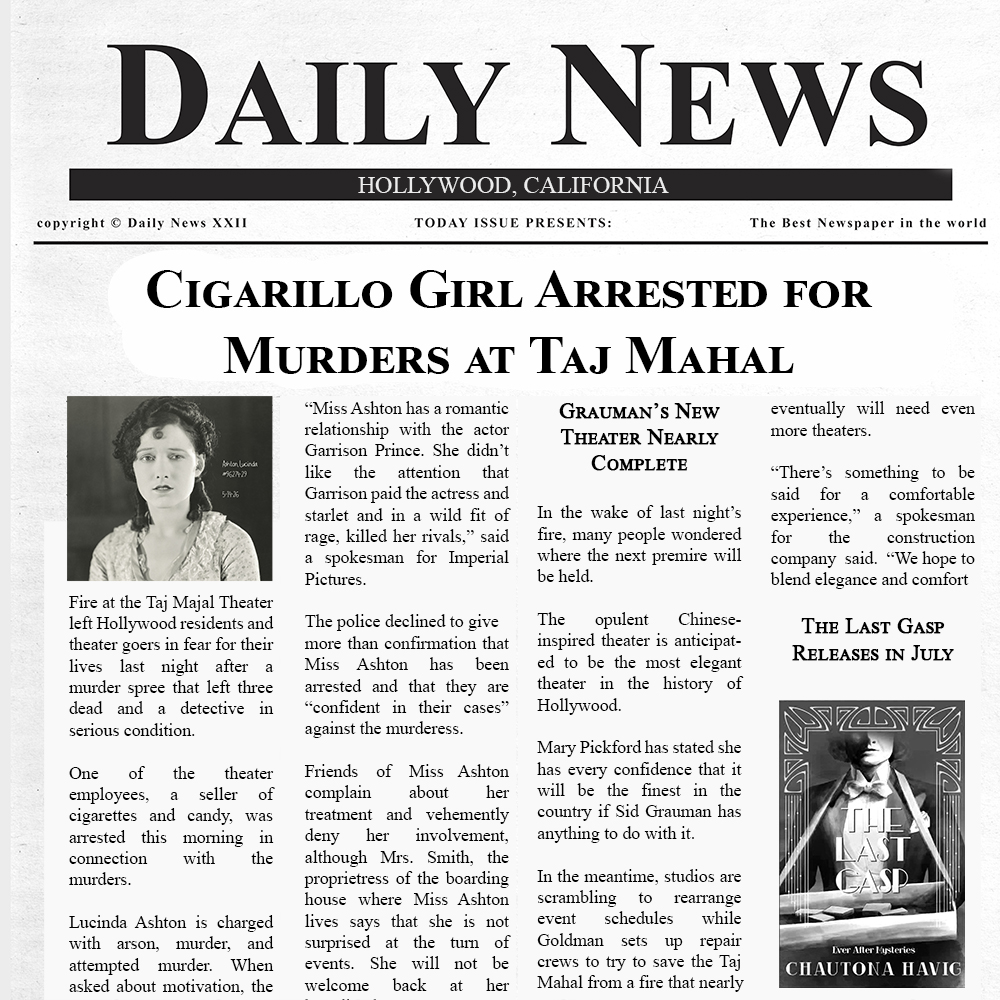 Today is  DAY 6 of the release fun for the first book in the Ever After Mysteries, The Last Gasp.  I’m extra excited because it’s my book!  To celebrate the release, all the Ever After authors are doing a short blog hop, complete with a mini-mystery and prizes. We’re trying to discover who stole the shoe! Today, it’s my turn to prove that I do not have Cinderella’s shoe! I’ve decided to do this by recounting the scene as the detective questioned me.

He was an average man in every visible way. Not too tall or short, decidedly middle-aged, and neither handsome nor homely. One could easily underestimate such a man. In fact, I did. He entered the room with no attempt to impress me with his position or, indeed, in any fashion.  He sat down, opened a file, and pulled out a sheet of paper that he skimmed before looking up at me.

“You are Chautona Havig, I believe?”

“Where is Cinderella’s shoe, Mrs. Havig?”

I couldn’t believe my ears. I’d been dragged away from my laptop, ensuring a missed deadline, for some stupid shoe that I’d just found on the steps of the Taj Mahal Theater as I’d entered for a night of research?  I could lose my contract over this!

“I wish I knew. I’d smash it if I did.”  The words seemed to speak themselves before I could reconsider the wisdom of admitting my frustration.

That detective didn’t even blink at the vehemence of my tone or the threat to his precious shoe. “You were seen by your editor rushing into the theater with that shoe. We want the shoe, Mrs. Havig.”

The detective didn’t seem to believe me at first.  He stared at me with piercing brown eyes. Who knew something as mellow and cow-like as brown eyes could be so dangerous? “Now, Mrs. Havig…”

“Look. All I know is that I found the shoe on the step of the Taj Mahal. Don’t ask me how it got there. I didn’t see.  But I did see Denise—the writer of that freakshow girl—snatch it out of my bag while I was leaving the supply room.  If you want to know who has it, ask her.”

“And why should I believe you?”

This would be more enjoyable than it should be. I’d be ashamed of my attitude later, but at the moment, it felt quite delicious. “Because three of the editors saw her take it, too. One offered to go retrieve it for me, but I told her it wasn’t mine to begin with.  If Denise wants it, let her have it.”

He left the room a moment later, asking who stole the shoe and calling for someone to escort me out.

As you can see… I am not the guilty party.

Detective Grady thought he had his culprit, but I stole nothing and do not have the precious princess’s ridiculous shoe. I hope you’ll go investigate the author of that slippery Annabel. If she doesn’t have it, I’m sure she knows who does.  Oh, and don’t forget to enter to win the “reward” (giveaway) for finding the culprit!  But don’t give up on your quest for who stole the shoe!

If you haven’t nabbed your copy of The Last Gasp, you want to get it before the price goes up at the end of release week!

And enter the giveaway!!!

Previous Post: « Is This Author Harnessing the Power of Youthful Passion?
Next Post: What on Earth Does Mental Health Have to do with Love and Romance? »