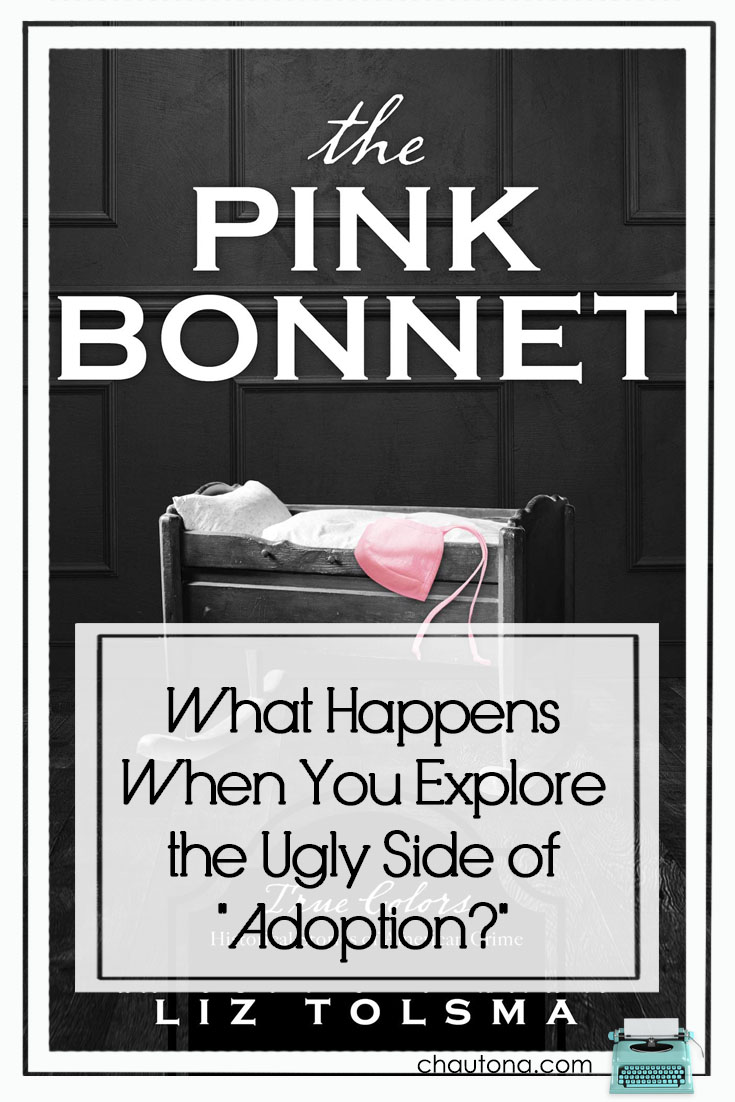 Cars zipped in and out of lanes with not much more than a person’s width to keep them from crunching. It took five minutes to move from the parking structure of Terminal 1 to Terminal 2. And we hadn’t even touched rush hour traffic yet.

She’d flown in from Wisconsin. Or should I say, Wis-CAHN-sin? Ready to teach at the SoCal Christian Writers’ Conference. Liz Tolsma.

I’d read a book of hers—was halfway through another. I had questions. She answered. And then she began telling me her story—not “one of her stories,” but hers.

After the “how she met her husband” one, Liz started talking about her kids. She’s a mom. It’s what moms do.

They’d adopted three children and sponsored another for years. The pride in which she told of the privilege of raising these children for God’s glory shone in every word. Her son the Marine. Her daughter—the one headed off to college. Their other daughter—the one who would never leave the nest and make her own way in the world. No, their youngest would be their “little girl” always.

In her story, I saw the beauty and the heartache that comes with adoption. It’s messy, messy stuff. And, like our adoption into the Lord’s family, it’s beautiful, too.

While on those trips back and forth from LAX to Biola for last year’s conference, she’d mentioned writing a book—The Pink Bonnet. I didn’t quite know what it was about, but I knew I’d read it. Honestly, I thought it would be some prairie or Victorian story. After all, she’d mentioned historical in there somewhere.

But then I read a book—The White City, by Grace Hitchcock. Not long afterward, the opportunity to read the next in that series, The Pink Bonnet by Liz Tolsma appeared. So that was what she was talking about. The Tennessee Children’s Home Society lady who kidnapped and sold children under the guise of “adoption?” Liz had written that book?

I think the Google form I filled out to request a copy is still sizzling from the speed with which I did that.

Who could do a better job of bringing this story to light than a woman who is as passionate about adoption as Liz is? Before I start the review, I want to say one thing. Liz Tolsma is a compassionate, sensitive woman. I can’t imagine the pain she must have felt writing this book. Myself, I’m rather unemotional and callous, and I guarantee it would have torn at me. I just want to thank her now for braving the ugly to show the beautiful.

What Happens When You Explore the Ugly Side of “Adoption?”

Written with careful attention to historical detail, The Pink Bonnet does more than chronicle a young mother’s desperate search for her child. It also shows a subtle picture of God’s relentless pursuit of His own children, ready to rescue each one from Satan’s clutches.

If it sounds cruel to compare Georgia Tann to Satan, well… you’ve got to read the book.

Lord Acton’s words about absolute power corrupting absolutely shows in the way Tolsma portrays the director of the Tennessee Children’s Home Society. I believe in any other book written by any other author about any other person, the portrayal would have been over the top. Instead, Tolsma made me believe that I was watching the events play out on the screen.

Not going to lie. There were times I wanted to shake, smack, and otherwise do violent things to different characters. At first, I took that as a problem with Ms. Tolsma’s writing.

But I don’t think it is. I think her writing did exactly what it was supposed to. Since when does a panicked mother ever behave in logical, rational ways when the safety—rather, the life of her child—is at stake? That would have been unrealistic.

Look, I tend to be rather unruffleable. I just move along and do the next thing. Fix it. I’m a fixer. But when an airline moved my minor child to another airline that no one at LAX had ever heard of, you’d better believe I “ruffled.”

Sure, if you want to get nit-picky, there are tiny things. A couple of small anachronisms that most likely wouldn’t notice et cetera. But frankly, I didn’t even care.

From page one of The Pink Bonnet, I wanted Georgia Tann to get her comeuppance. I knew she wouldn’t—not really. I knew how her story ended and it was long after this book. Choosing this year instead of one closer to the end of the Memphis horrors? Brilliant. Leaving it open-ended like that only added to the suspense. And I think that’s pretty cool.

Lovers of suspense. Seriously, I think Liz Tolsma mentioned somewhere that this was her first suspense novel. It should not be her last. She managed to capture the momentum and keep it rolling. She got that “snowball” effect started and it crashed at the end of the book with a terrific bang. Well done.

Those who love spiritual truths woven into the story with subtlety and grace will love this. There were no deep theological discussions. You didn’t run across grandiose, spiritual epiphanies. Instead, the realistic clinging to prayer and the dual storyline layered over and under the main story—one of God’s care and provision, even in the dark ugliness of this world—proved rich and true.

Additionally, if emotional declarations of undying love aren’t your jam, be aware. There’s one near the end. It’s actually my only quibble, and not just because I’m not a big fan of sappy romance. Something about it felt forced—too clean and precise. As if the character read his lines from a playbook instead of speaking them from his heart.

Seriously, though. We’re talking half a page at most. And it’s probably just me. I really liked The Pink Bonnet—almost loved it. I’ll be rereading it as soon as possible because I wonder if I wouldn’t have absolutely loved it if I hadn’t been interrupted so many times while reading it.

If so, I’ll be adjusting my review then. Meanwhile, I recommend it for anyone who loves suspense and can handle the reality of ugliness perpetrated on children and innocent families. The scenes aren’t graphic, but they are realistic and don’t shy away from the horrors inflicted on Memphis during these years.

Previous Post: « What Did I Think of This Second-Chance Novel?
Next Post: Can You Think, Pray, and Love in Numbers? »