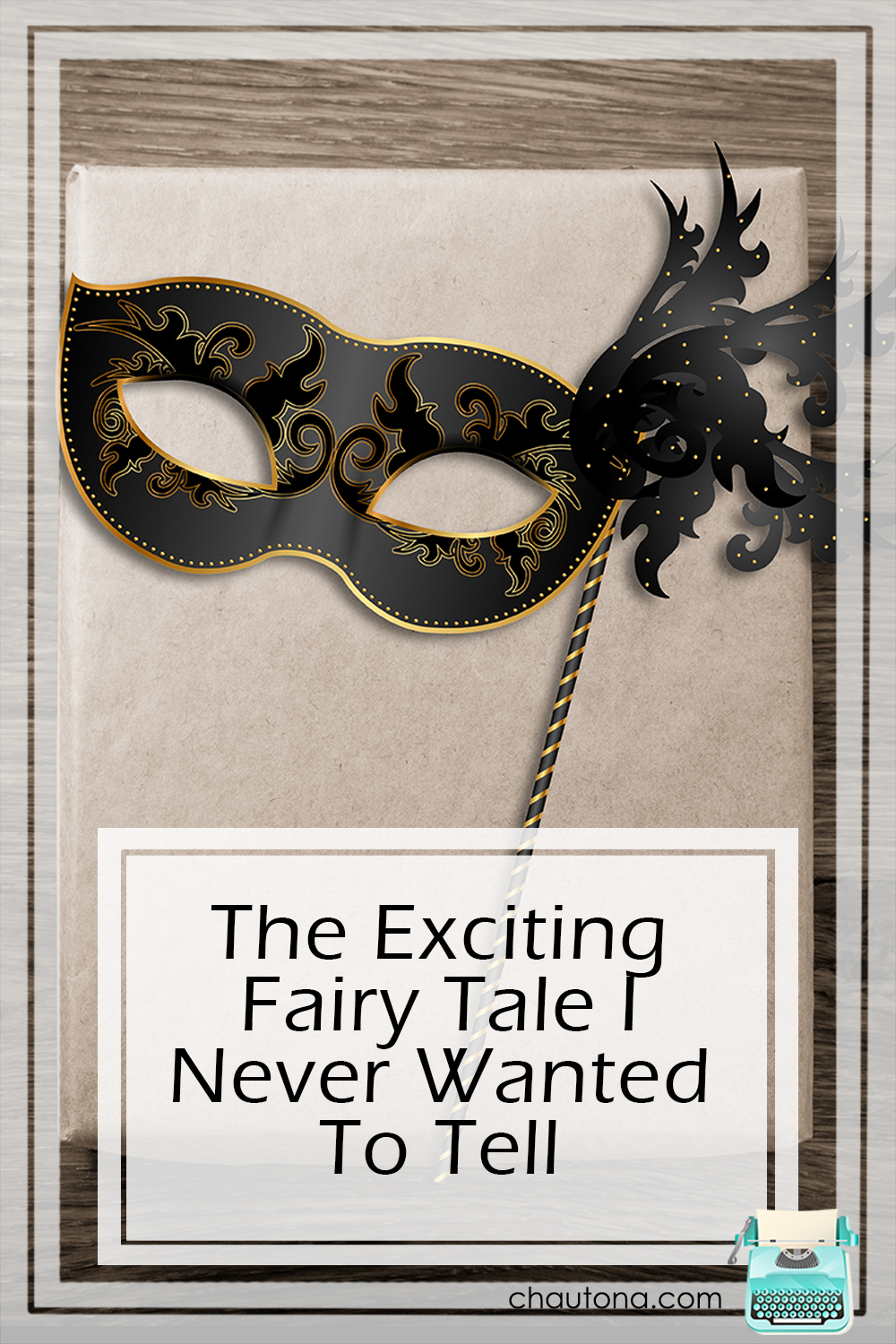 You see them everywhere. Sometimes it’s done deliberately–someone retelling a familiar story in a new setting with a twist.  Other times, it’s accidental and even the author goes, “Oh! Yeah.”

What am I talking about?  Retellings.  Whether Austen characters and storylines or Shakespeare, Robin Hood or fairy tales, they’re everywhere.  I mean, even tropes have names that fit fairy tales.  Don’t believe me?  I’ll just throw two out there.

And… “Beauty and the Beast.”  #becausefairytales

Is it any wonder that one day I woke up and had an immediate epiphany about fairy tale retellings?

Confession.  I didn’t wake up with that epiphany.  It wasn’t even an epiphany. I just kept seeing fairy tale stuff everywhere, and all of a sudden, I wanted to do one, too.  Actually, I wanted to do them all and knew I’d never have time.  So… that meant pulling in my partner in crime…

This left the “twist.”  We needed something that would make them stand out. Be different. After thinking of and rejecting a million ideas, it came to me.  The 1920s aren’t often showcased in Christian fiction.  What if they were all set then–the “Roaring Twenties.”  Prohibition, decadence… ooooh…

That’s when I got the million-dollar idea.  Mysteries. I mean, that would make it all stand out, right?  Just to recap… we’d do mysteries, set in the 1920s, inspired by fairy tales.  We’d get several authors to join me.  Boom, bam, baby!  A perfect literary trifecta.

Now we could have all the fairy tales.

Then, because I came up with the idea, I claimed first dibs on picking my fairy tale. While I wasn’t sure which one I did want, I knew what I didn’t.  No Cinderella. No Snow White.

We were talking about before Bible study one night, and when I mentioned that I had to choose what I would do for the series, one friend said, “So… are you doing Cinderella… as what, a cigarillo girl?”

You know what happened, right? How could I not do this? So, my dreams of telling this story or that all faded into the mists of my mind, and I settled in to figure out how to write…

The Exciting Fairy Tale I Never Wanted To Tell

Writing about a cigarillo girl isn’t exactly easy–not when you write Christian fiction.  I’m just sayin’. Set in a period of time where some doctors still swore by the health benefits of tobacco, some people wouldn’t have balked at Christians standing outside church smoking!

What would today’s Christians do with me having a heroine who sold candy and cigarettes to moviegoers?

I hoped they’d accept the historical significance, read the story, and see how I handled it.  I mean, in a case like this, it’s all you can do.

At first, I had a grandiose plan of turning the story into a copy of Agatha Christie’s formula for mysteries.  I thought it would be cool if one of my characters was a little like Miss Marple–but a man.  A couple of friends would be Tommy and Tuppence, and a heavy-set woman with more hair on her upper lip than most women prefer would walk around asking if everyone was happy.

First, my cigarillo girl needed to be front and center in the story, and she didn’t fit any of those descriptions. Next, I had a limited number of words to work with, and it just wouldn’t fit. Still, if you look really closely, you’ll find that some of those people still linger in the shadows of my characters’ personalities.

One of the reasons I didn’t want to do Cinderella is that while she’s a self-sacrificing young lady, a hard worker, and keeps her attitude in check (for the most part), I’ve always found her bland.  Meh.  #hohum

Lucinda actually started off that way.  I couldn’t figure out what my “prince,” Gary, saw in her. However, she showed her true colors as more than a would-be stenographer working as a cigarillo girl until she could afford to take the right courses… or marry the right guy.

Some say that how you respond to adverse circumstances shows your true character.

Frankly, I don’t know if I believe that! I mean, why is who we are at the worst our only measure of who we are?  That has always bugged me.

However, if the old saying is true, then my cigarillo girl proves herself to be quite the young woman when she finds herself locked up for a murder she didn’t commit.

That’s how I chose my fairy tale in the Ever After Mysteries series. 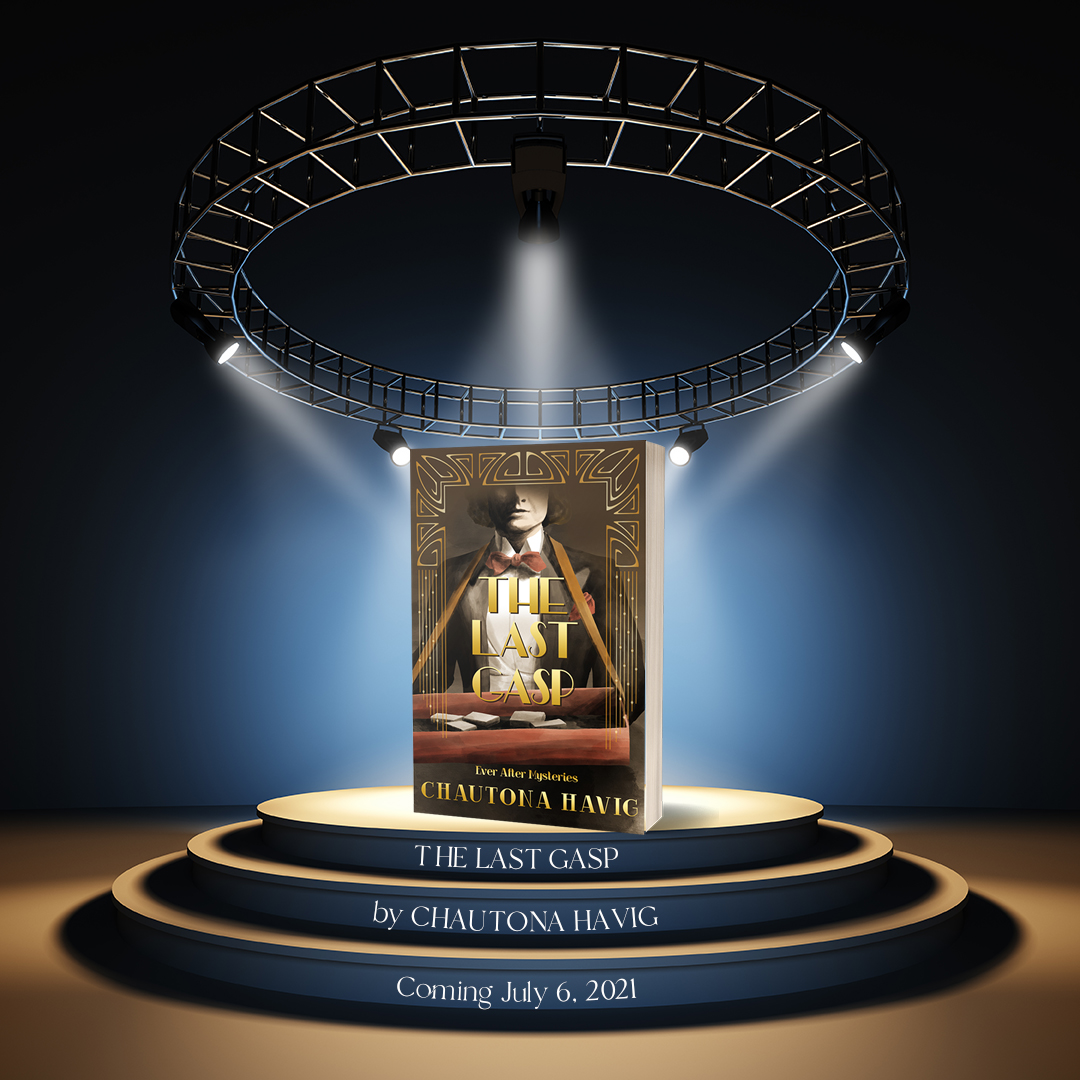 The Last Gasp reveal is the first of eight books set in the 1920s. You’ll also want to head over to Marji Laine’s website to see her reveal.

Previous Post: « What Romances Do I Think Are Perfect for Valentine’s Day?
Next Post: Why This Mystery Series Is One of My Favorites »