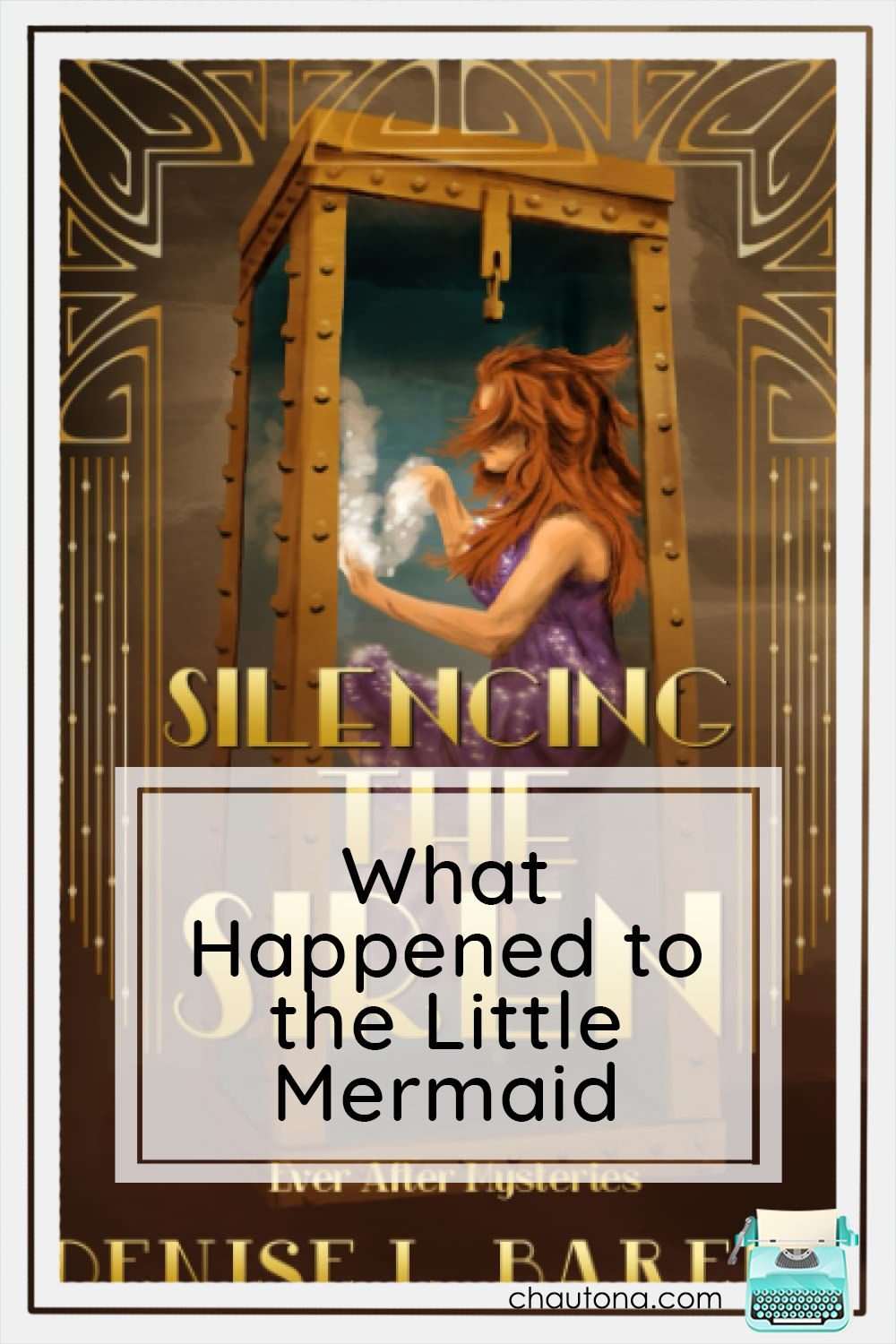 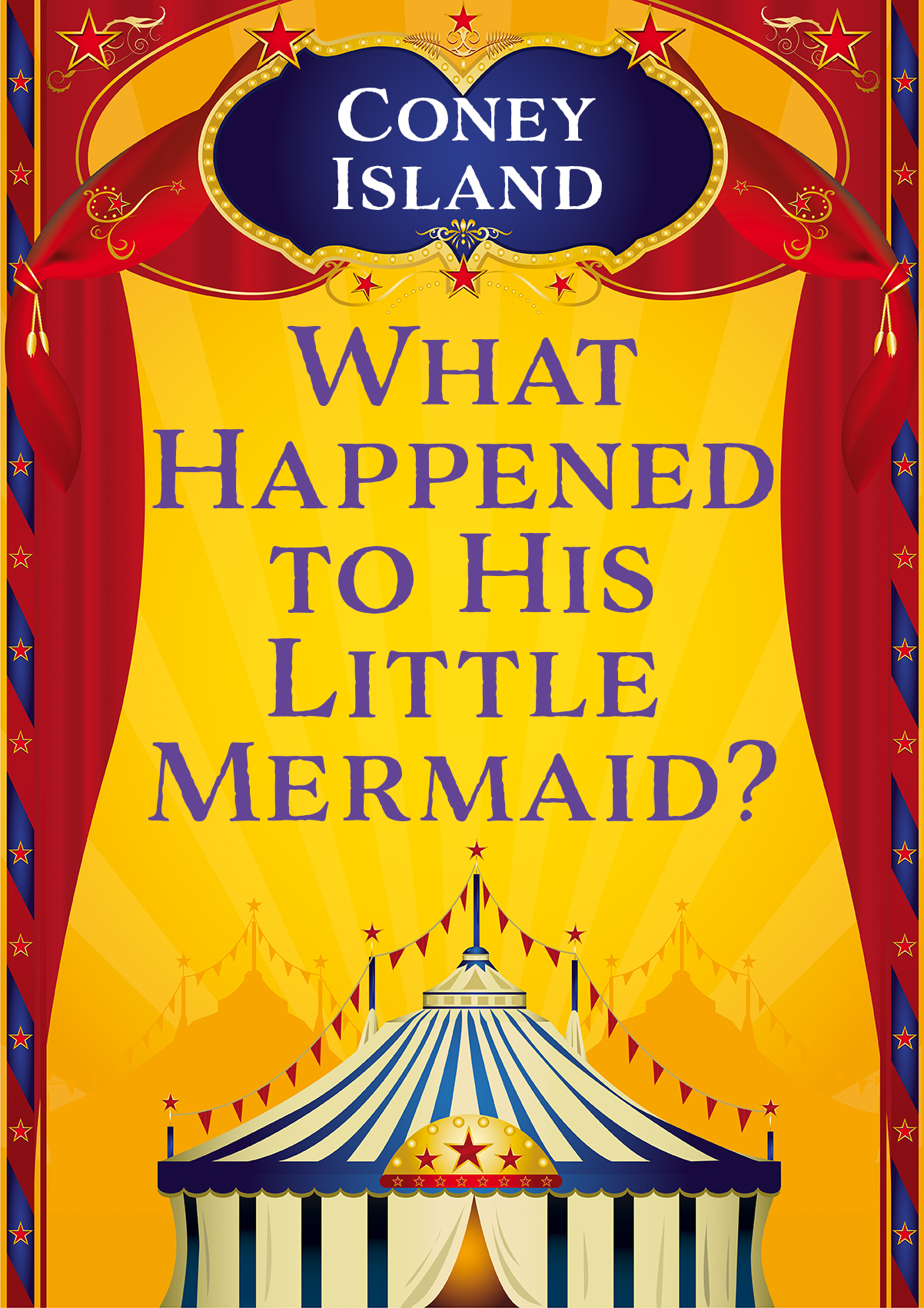 It was just supposed to be an auction. You know, you go, you bid, you spend way too much money on something you don’t know for sure you want, you go home, you have buyer’s remorse for a few days, and then it hits you.

A beautiful feeling when you really wanted it.  And I did.  I wanted that Little Mermaid in the water tank poster. Not for me, actually, and I’ll tell you, I knew a few people really did want it for themselves, but come on. Sandy’s daughter’s book cover art poster?  Denise needed that poster. And I wanted to get it for her.

But the rumors began almost before the announcement of the auction!  Someone said Liz Tolsma wanted to collect them all for her office. April Hayman was building a basement vault of collectible bibliophilia. Marji Laine was ticked off at Sandy about something and wanted it just so they couldn’t have it. (I didn’t believe that one, but it is the rumor), and Rebekah Jones supposedly wanted it for bargaining power to get her poster.

Cathe and I had agreed to go together, and I knew she wanted it for her game room.  Problem is, that game room isn’t built yet.  And Denise’s birthday is almost here!  Come on!

But how to ensure I win the bid?  That… that would be tough. I mean, sure all the Ever After Mysteries authors are trying to win this poster, but the auction isn’t just for us. Soooo many people are noticing Joshua Markey’s artwork these days. This poster could sell beyond my budget in a heartbeat. I needed a plan.

I needed a disguise.

But here’s the deal. I don’t disguise well, and I was going with Cathe.  She’d know me. And if I’m with her… everyone will know me.

Then a package arrived from one of my favorite readers, and it solved everything.  Or so I thought.

There we were, checking out the poster to make sure it was really authentic–exactly what we wanted, and me trying to gauge everyone’s budgets, when things went all wrong.

One minute we were all in our places and the next… poof!  The curtain went up, the poster was gone, and everyone was looking at everyone else. Fingers pointed, authors bolted, and security guards swarmed the place.

I dashed to Sandy’s side and whispered, “It was there just two minutes ago.  I didn’t get more than six feet away from it. How did it disappear?”

Me, I stood staring at a crazed Sandy racing after… someone. I have no idea who “her” is, but Sandy was on a mission. That woman may be little, but she’s fierce… and fast!

A guard headed my way, so I pointed at running Sandy and said, “Do you think she took off with it?”

It worked, too. The guy sprinted after Sandy, and I slipped into the shadows of the great drapes to one side of the dias.  Off went my disguise and I strolled out clapping my hands and trying to call order to the chaos.  I really didn’t want order. I needed the chaos to escape before someone decided I’d stuffed that poster in my… what?  Pants leg?  I don’t think so!

Look… I don’t know what happened to that poster, but I will say that when I joined Cathe at the car, she was acting awfully… suspicious. I can’t imagine her actually stealing the thing, but could she have left her envelope of cash on the podium?  A “forced sale” as it were?  And why did she keep gripping that super fat umbrella so tightly, anyway?

Note: links may be affilliate links that provide me with a small commission at no extra expense to you.

What Happened to the Little Mermaid?

Well, I sure hope you guys figure out what happened to the poster!  As for me, I don’t have it.  What I do have is a copy of the book, though!  That’s what we’re celebrating. The debut novel by Denise L. Barela… 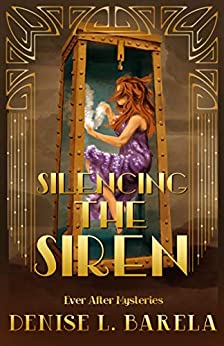 Andrew Grayson thought he had everything… until he met her.

The indulged son of wealthy parents, Andrew has always gotten whatever he wanted almost before he knew he wanted it—clothes, gadgets… even a car! What more could a young man desire?

Of course, her beauty attracts him. How could it not? Add to that a kind heart, and Andrew can’t help but fall for her.

Annabel’s connection with the freakshow repels his parents and their society friends. They want him to sever all ties with her and his new friends. Oh, and marry the “right” girl with the “right connections.” But he won’t do it. He’ll defy them and marry his little mermaid.

When Annabel turns up missing, declared dead, things don’t add up, Andrew begins asking some difficult questions, the most important being, “What happened to the little mermaid of the Coney Island freak show?”

Find out in this next book in the Ever After Mysteries, combining beloved fairy tales and mysteries. Silencing the Siren offers a retelling of “The Little Mermaid” that will keep you gripped to the edge of your seat as you watch the story unfold.

Visit all the authors’ websites to get entries in and find out who got that poster! (I really want to know!)

Previous Post: « Book Club Capers: Part one
Next Post: A Beautiful Historical Romance Set in an Unusual Part of California »