“We’re doing retellings of Austen’s works but set in America during the Depression.”

Over Facebook messenger, Rebekah Jones told me how she’d been given Pride and Prejudice as her inspiration. All I could think of was, When’ll it be done? I’ve got to read this!

About that point, I’m pretty sure I asked when it would be done.

Years passed. No, really. Years. I thought I’d go out of my mind with the little tidbits she shared now and then. Because you see, I sensed something as she hashed out names, plot devices, and which scenes to rewrite from the original and which to create instead.

This was going to be a great book. 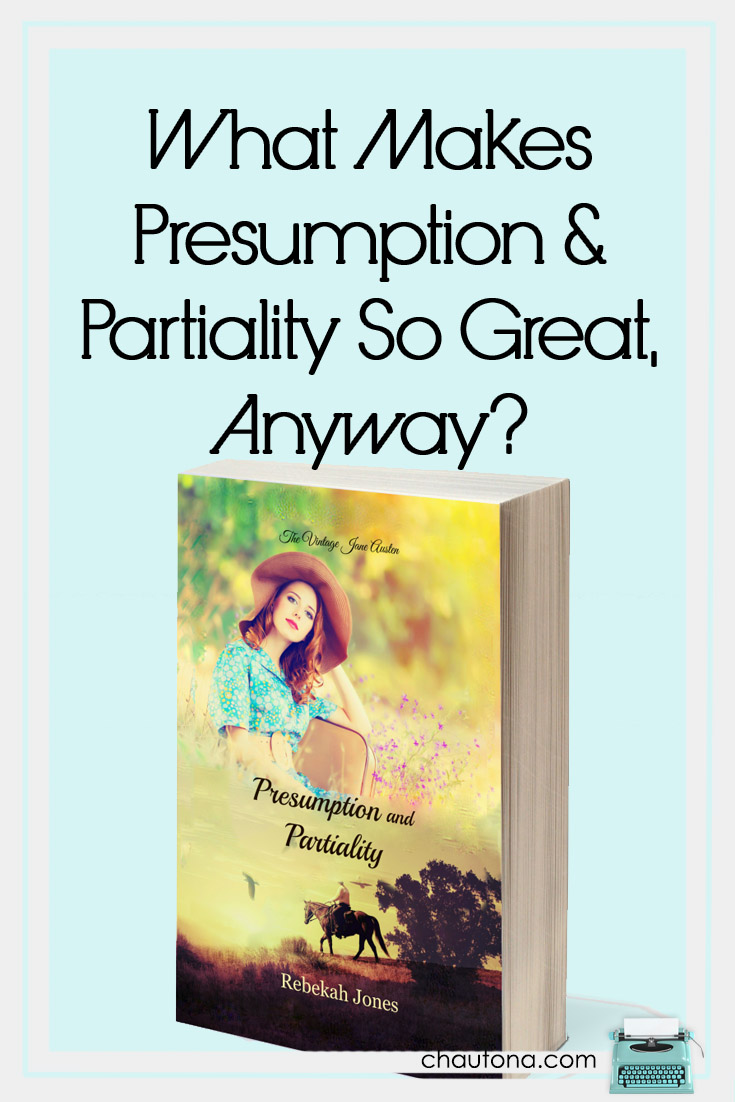 Note: Links may be affiliates that provide me with a commission at no extra expense for you.

One could argue that the reason I loved this book was simply because it’s a familiar story. Who doesn’t love Pride & Prejudice? Elizabeth, who goes by Eloise in this book, Darcy (Sidney), and the gang all appear, and you easily recognize every one of them.

But that’s not why I loved it. I loved the book because every single one of those people stayed true to their original characters while, at the same time, were original as shown by Miss Jones. The behavior and the attitudes remained the same for most characters. Motivations, however, shifted. We learn compassion for characters we’ve delighted to hate—even as they still annoy us.

What is most fascinating is that there’s a purpose to the changes in motivation. It’s not just to make that person “better” or “worse.”  She does it to highlight character growth in other characters. Seriously, it was brilliantly done.

Working with another author’s characters can be a difficult prospect. Miss Jones attacked that and managed to make this story completely her own. We enter the Depression-era desert with its harsh, dusty landscape and everything changes while remaining the same.

I’m sure there are those who will criticize the author for how and where she deviated from the original, but honestly, it’s unjust to do it. Why? Because you cannot take the exact same characters, the exact plot, drop them into a different era… a different country, and not have slight deviations. The story would have been ridiculous had she not.

Not to mention… really? How boring! I’ve READ the original. If I want P&P exactly as Austen wrote it, I’ll read Austen!

Now, I should confess that I did worry about two things. First, I have an unholy horror of preachiness in fiction, and with the themes in the story, I knew it would be tempting for Miss Jones to sermonize. But she didn’t. Perhaps if the setting had been today, a few places might have been a tad over the line, but for the time and setting, I thought she balanced spiritual discussions in a very natural way.

And I was concerned about anachronisms.

They bother me (and many of my readers), so I wondered how many I’d find. Let’s face it. No matter how careful you are to look up everything you can possibly imagine being too modern, it’s easy to miss something. Slang? She nailed it. The common ones and at least one that I’ve only seen in lists when looking up stuff for my own writing. Diction? Also pretty much bang-on. I do recall something minor once, but since I can’t remember what that was, I suspect it was minor.

The only thing I found that I’m not confident on was the missing inhaler. While there were inhalers created before 1955, they were more like nebulizers and much bulkier than our modern inhalers. To leave one just “lying around” and it be lost… not as likely. Still, really? That’s it? If I recall correctly, yes. That’s it. And technically it is possible.

For the picky, there are a dozen or so minor typos, but I suspect she’ll have those corrected in no time if they haven’t already been. After all, I purchased this on launch day a few months ago. I suspect those are gone now.

So, do I really think it’s a great book?

Actually, yeah. I do. I bought it the day it came out and I’ve been hoarding it for a while. Miss Jones made me love her take on the characters in Presumption and Partiality. I find myself thinking about the clever ways she brought in parts of a world I know! 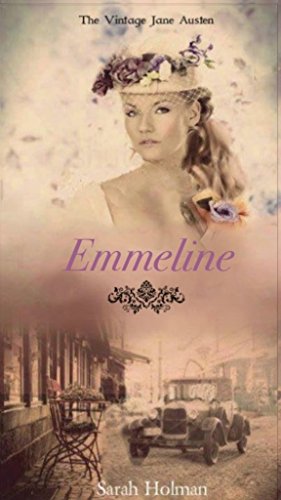 Gilbert, Arizona isn’t that far from Phoenix, Mesa, and Apache Junction. I lived there as a girl. Williams isn’t that far from Flagstaff where I spent a lot of time as well. My grandparents were cotton farmers during the depression (although in Oklahoma, rather than Arizona). I know this world she wrote in. And I felt like I was there.

But beyond the familiar, what I think I love most is the rich depth she brought to her characters, the spiritual lessons she taught me, and the eagerness she’s created in me to read the others in the Vintage Austen Series. I think Emmeline will be next…

To learn more about the Vintage Austen Collection, visit their WEBSITE and see which of Austen’s other works are set in Depression Era America.

Previous Post: « Have I Ever Mentioned How Much I Hate Cancer?
Next Post: “Bringing in the May” ~a FREE May Day Short Story »