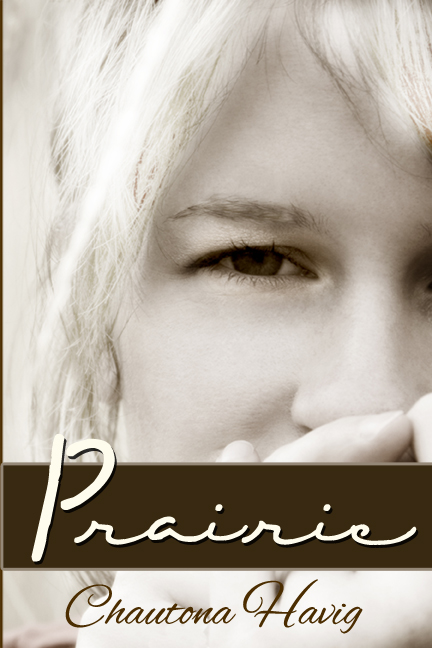 “How did you get the idea for the Journey of Dreams series?”

It wasn’t the first time I’d ever been asked the question. As usual, I launched into a description of the recurring dream that had prompted me to write Prairie.  I told about hearing the “Theme from a Summer Place” over and over in my mind for days until I gave up and wrote down the first words.

Looking back, I think maybe I thought it would be a short story.  But the words to that book flowed naturally for me.

The question repeated this time, though.

“But where’d you get the idea for a series?  Prairie and Highlands are similar but each place has a peculiarity—Prairie, the time being tied to contentment thing. Highlands, the sight being tied to acceptance thing.”

“Well, I was trying to show one way that God could choose to grant the desires of our hearts.  I did it in a very literal way.”

Jessa wouldn’t have said the desire of her heart was to learn contentment, but through the physical granting of her desire to experience the prairie, He infused the desire she needed even more—contentment.

And Tony, in Highlands, wouldn’t have said that acceptance of the imperfect was his desire—quite the contrary! But by giving him the physical space away from his father in a place his mind equated with happier times like the mountains, he was put in a position to accept what God had to teach him—to accept a new desire for his heart.

But then the gal said something I wouldn’t have expected.

She said, “I wonder how the people of Prairie felt about the sudden arrival of someone who doesn’t “get” them any more than they get her.”

The moment I heard that I knew I had to do it.  I had to interview someone from Prairie.  I didn’t want it to be one of the major characters that everyone would expect… Steve, who first finds her.  Lloyd, who becomes a father-figure.  Lucille, who becomes her “Titus 2” older woman.  I thought about Christa—a friend.  Someone who might understand her most.

And then it hit me.  I’d thought about it all wrong.  If Prairie is a place to learn contentment for her, then who should I ask but someone who knew… who lived there all his life, had seen what would happen, and had still succumbed to that temptation.

So… I decided to ask Landon for a short interview.

What Happens When I Interview One of the Prairie Characters? 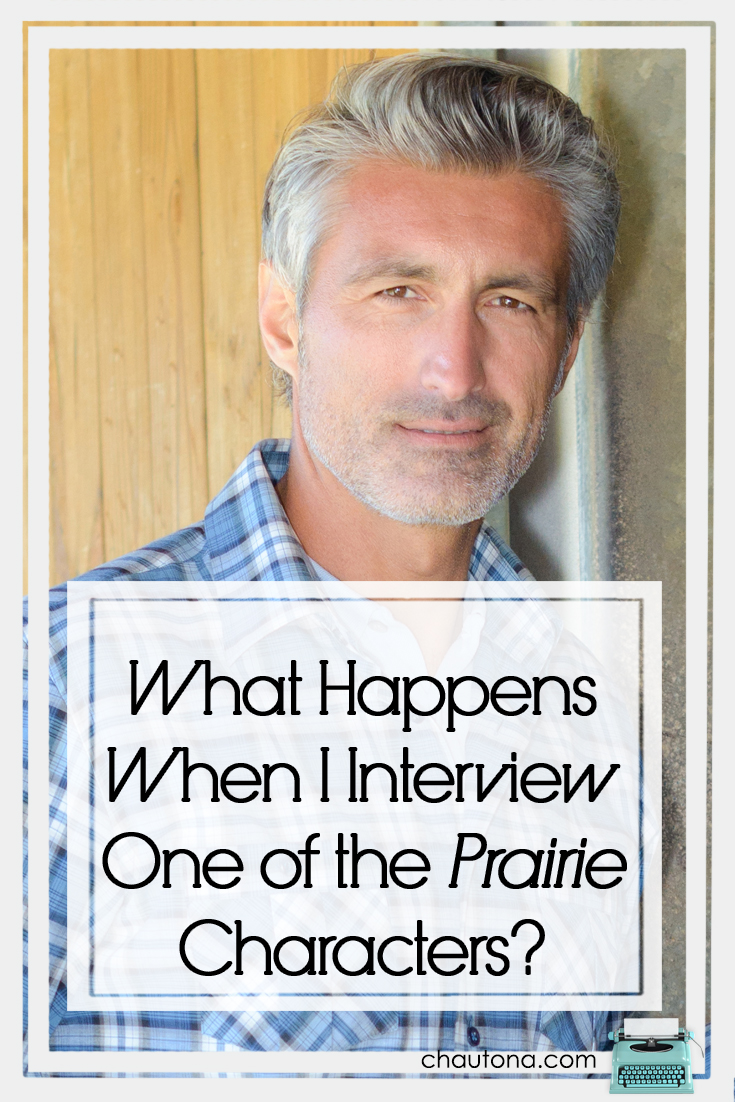 Note: links are probably affiliate links that provide me with a small commission at no extra expense to you. 😀

Me:  Landon, before we get started with this interrogation interview, I wonder if you’d tell me your favorite thing about Prairie and what about it made you want to leave at one point.

Landon: Those are both the easiest and hardest questions you could ask. What I love about Prairie is family. It’s not just the people who live in my house.  The whole place is one giant family.  We even squabble and disagree like families do.

Me: I can see that.  And why did you want to leave that family, then?

Landon:  Oh, that’s easier to answer than I expected. I didn’t. I wanted to explore the world and see places like Highlands or Seaside.  Even Marshlands or Desert would work—to understand other places.  If I could have taken all of us there, I would have.

Landon: It’s not like that in Prairie. We don’t go on those vacations that Jessa talks about. We’re content at home—or rather, some of us are.  She taught us that we can go and see things and still return.

Me: Well, since you brought her up. How about we talk about Jessa? I think my readers would be interested to know what your first thoughts were when you heard a girl had arrived and didn’t know where she was or how she got there?

Landon:  I thought she was injured or simple.  But then Lucille mentioned that she’d heard of others in other places who had just appeared there. She thought it was the work of the Lord.

Me: And did you accept that?”

Landon: I see I can’t hide things from you. No, not easily. But it really became the only explanation. Once we knew her, we trusted her word. And Jessa said she went to sleep in Pittsburgh and woke up in Prairie. I have no reason to doubt that.

Me: Was it as fun for you as it was for me to watch her learn about Prairie?

Landon: Mostly. As she learned about the consequences of discontent, it hurt. I could see her first thinking, “So why is this a problem?  You know what happens, so be content.”  And I knew that feeling.

Me: You were concerned then?  You knew she might discover some area of discontent?

Landon: I was certain of it.  And when it happened, it tore out my heart. I was so afraid for her.  I knew what it would do to her. She had Twinkle to think of.  No, it terrified me, actually.  Fear is too mild.  I wanted to shake her and scream, “Have sense, woman!” but she wouldn’t have understood—not then.

Me: After she arrived, did you hear anyone speculate as to whether she’d stay?

Landon:  Sorry if I’m staring, but I don’t think any of us really believed she’d go.  Where would she go if she went somewhere?  Why?

Me:  Those are good questions. I don’t have answers.  So what about the differences between her world and yours.  How did you guys feel about that when they collided.

Landon:  Pittsburgh has fun traditions.  Christmas—I liked that. The songs and the togetherness.  Singing about winter to make it fun. Singing about our Lord to remind us that He came. Going house to house to share that joy?  Wonderful.  There were games she knew that we didn’t.  The movies she talks about I can’t imagine them, but the stories—that place.  Narnia. I wonder sometimes if her coming to Prairie felt a little like stepping into that magical wardrobe.

Me: Wow. I wish I’d thought of that when I wrote the book!

Landon: You should have asked me. (Laughs).

Me: Yeah, yeah. I’ll do that next time. And the things you didn’t like?

Landon: The way her father left them.  That hurt to hear about.  And the way they let men get away with using women. Revolting.

Abortion. That one took some time to even believe. My brothers and I discussed if it could be for shock value or some latent Biblical pagan society that sacrifices children.  When I heard her speak of it myself, I realized no one could be that calm about something so horrible unless she supported it, and Jessa clearly didn’t, or because it was a part of her world. I got sick every time I thought about it—for weeks. My father wept over it.  I never told her that. It would have hurt her.

Me: I knew Jessa would marry there—have children. But I didn’t know why or how or who she should marry. It was really hard. The one person I had firmly in mind just refused to cooperate. Then I learned his story and realized why. I can’t allow spoilers here, so please be careful in answering. What do you think of who Jessa married?

Landon: Well… I’ll just say this. Because I know the end of her story—not just the end of the book but of most of her life’s story, I’ll say that I am grateful that the Lord chose her husband. I don’t think I could have borne it if He hadn’t.

Me:  And if someone walked into Prairie tomorrow and said, “What is this place?”

Landon: Well, since you told my whole story in Jessa’s book, I’d say, “Well, we in Prairie call this a graveyard. What do you call it?”

Well, I guess that answers the question of what people thought when she arrived.

I wonder if I’d be so accepting of someone’s very different culture if they showed up in my town and needed my help.

To read more about Prairie and the lessons I learned writing it, check out THIS POST. 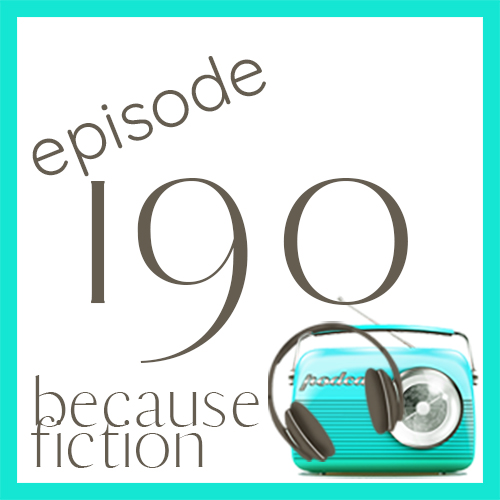