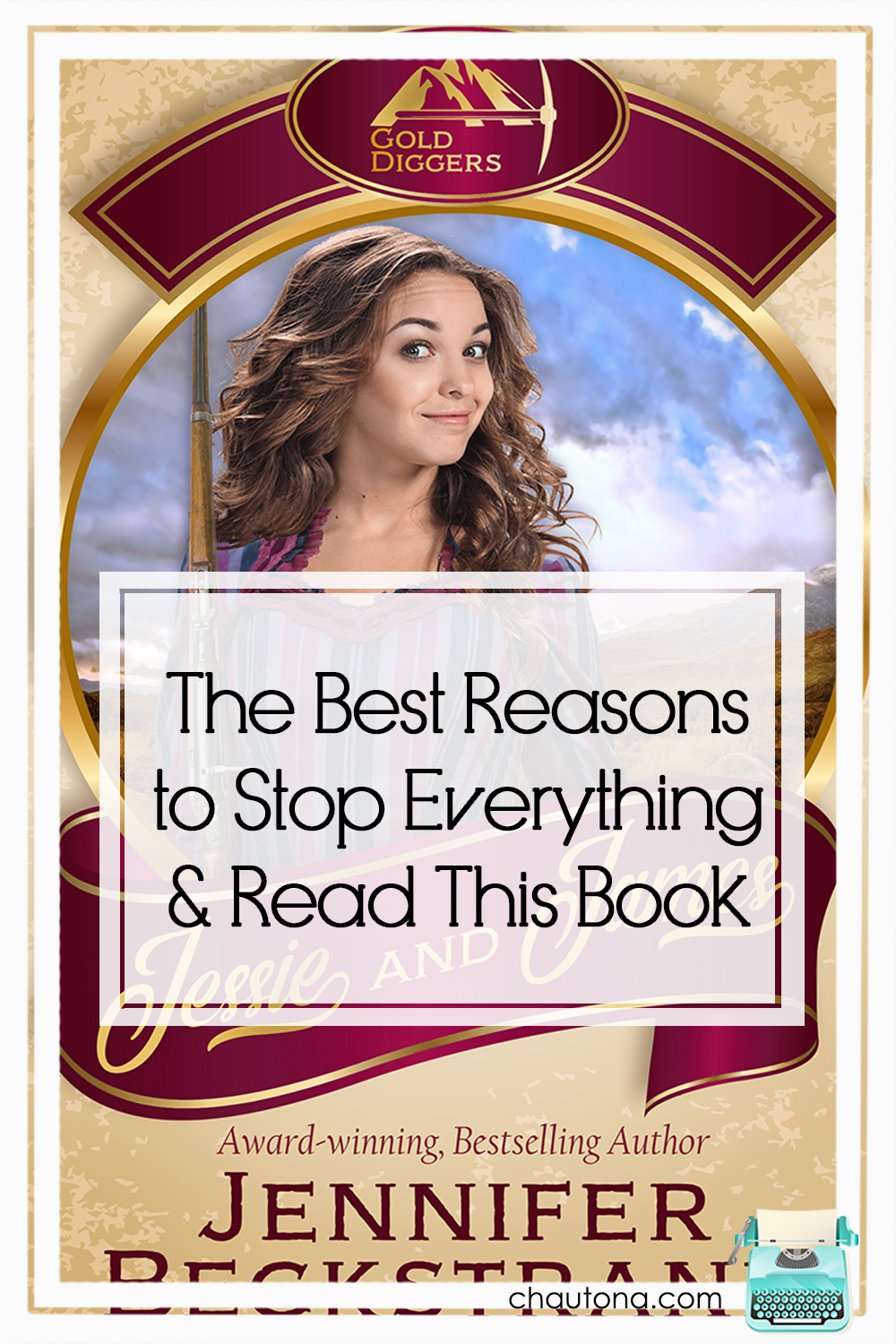 It had been years—a decade, even—since I’d read any Amish fiction. While I’d enjoyed the first few stories I’d read in the genre, it had gotten old… stale. And quickly. So, when a new friend mentioned loving a couple of Amish authors, I asked who she recommended. Why she recommended them.

I’d never heard of her. Still, I asked why—what about this Amish author stood out from the rest? The answer intrigued me.

“Because her books aren’t the same story you’ve read a hundred times. She does things that are different.”

I made a note to try something by Jennifer Beckstrand and promptly forgot all about it until last November when I discovered I’d be in a series of books with her.

And not for Amish fiction. Just clarifying that.

Additionally, I was the cover designer for the series, so I got to know each of the authors a bit as we hashed out the perfect girl, the perfect setting, the perfect… everything.

Beckstrand’s inspiration girl intrigued me. The picture came with hair spilling everywhere, wearing a white knit camisole, and with an expression I couldn’t resist.

We’d have to use her.

She just needed a dress—one that at least looked close to the right era. While not completely period correct, we found it in a late Victorian miss—one who was so bone-thin and with such narrow shoulders that I had to do some serious work to adapt her body to Miss Camisole’s head.

Then I discovered she needed a shotgun. The first attempts were terrible, but eventually, I found one that didn’t look “placed there” when I… well, placed it there!

By the time I had that cover done, I was half in love with the girl myself. And I hadn’t read Jessie and James yet!

Then came time to add a chapter to the back of my book. I read it. That’s all it took to know my friend had been right about Jennifer Beckstrand. I would definitely enjoy her book.

I’d just have to order me a copy.

That’s when I saw it—the chance to receive a review copy of Jessie and James. C’mon… even the title begs to be read. Although I knew I’d be in the trenches, fighting to get a book done right now, I almost didn’t hesitate.

Well, yesterday was the day to read. Am I glad I decided to review? Oh, yeah. Why?

The Best Reasons to Stop Everything & Read This Book

I’ve typed and deleted this first sentence a dozen times. Why? Well, everything I could say seems inadequate or overblown.

I think that’s because unlike Jessie in Jessie and James, this novel doesn’t take itself too seriously—or seriously at all.

Full of fun, lively banter, and a lovely twisty plot that kept things from becoming too predictable, this book offers a quirky escape into late 19th century Utah and the gold rush.

Jessie is not amused.

Instead, the girl would love nothing more than to see mining outlawed—or at least run out of town at gunpoint. She’d probably fling a warning to repent after the men as they fled her wrath. Just sayin’.

One of the most brilliant things about Beckstrand’s writing is that she managed to create a guy who is truly delighted with a character whom most men might find both a little intimidating and a whole lot annoying. I mean, let’s face it. The girl goes around threatening to shoot anything that annoys her. And everything annoys her!

This should be obnoxious and overblown, but instead, Beckstrand manages to turn Jessie into an intriguing and sympathetic character instead of a snotty “Nancy Oleson” (you know, Nellie’s replacement in the TV series based on Little House on the Prairie).

Even Jessie’s spiritual journey is angst-riddled, funny, and has a point to it.

It’s sincere, simple, and yet important. I think it could all be summarized in a verse that Beckstrand didn’t even use to “proof text” her point. Romans 2:4— “Or do you think lightly of the riches of His kindness and tolerance and patience, not knowing that the kindness of God leads you to repentance?”

If I had any complaint about the story, and I really don’t, I’d say it was that elements regarding James’ past were resolved a little too neatly.

But frankly, any other way of handling the issue would have left that element feeling unresolved. Don’t know about you, but that’s um… not so good. So, as much of a complaint as it could be… it’s not. I’m glad she did what she did. I’d have been disappointed in anything less.

Look, I don’t know about Amish fiction–still haven’t tried hers yet.  However, I can say that if she writes more western fiction, it’ll be top of my list.

Recommended for anyone who loves western fiction with more than a little humor and strong female leads—especially when pitted against male leads who are just as strong. Jessie and James is sure not to disappoint.

Previous Post: « Why Do Books about Healing Make the Best Reads?
Next Post: Is There Anything Better Than a Good Life’s Story? »