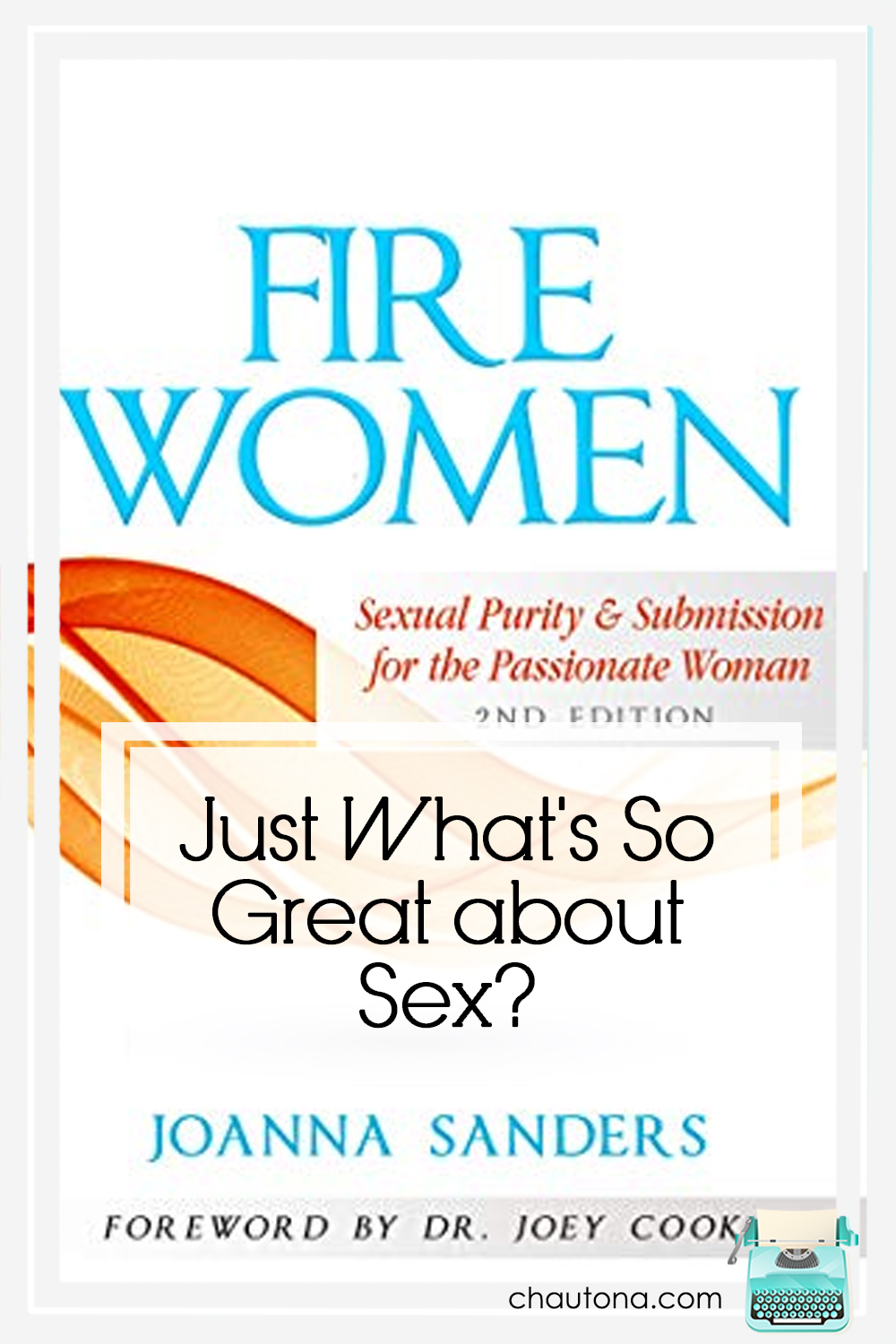 I often read my review books at Denny’s.  Late at night, between the late dinner and bar rushes, the restaurant is often quiet.  Perfect for reading.  Last night, I had two books to read.  The first I read on Kindle, but the second was a paperback.

One of the employees asked what I was reading.

I said, Fire Women and hoped he’d think it was a novel.  Did you catch that pronoun?  Do you remember that I am a total prude?  Okay.  I’ll continue.

He asked what it was about.

Look, I wanted to just spout off the subtitle. “Sexual Purity & Submission for the Passionate Woman.”  There was just one problem with that idea.

He’d give me a blank look.

That got his attention.

It didn’t help that we’d just been talking (a few hours before) about how my first one-star review had been for my children’s book, accusing it of being full of “juicy sex.”  *shudders*

“Yes, I’m reading it,” I insisted.  “I even know what it is.”  Okay, that was me teasing, and when he gave me a weird look, I informed him that being married for 31 years and having nine children proves that I do know what this thing is, even if I don’t feel comfortable yapping about it with anyone and everyone.

For the record, he didn’t take the hint.  Just sayin’.

He did, however, get an order and have to go back to work so I could finish reading my book in flames… I mean, peace.

Note: links may be affiliate links that provide me with a small commission at no extra expense to you. Additionally, I requested and received a free review copy. Opinions I also give freely.  Shocker, eh?

Just What’s So Great about Sex?

I think the greatest thing about this book is that Ms. Sanders has written a book that doesn’t pretend women aren’t passionate, sexual creatures who often fight the same/similar sexual temptations that men do.  She does it with one eye to the Word and the other to personal transparency.

Because I’m a prude, some of the personal stories were very difficult for me to read, but I’ve met very few people as private as I am on the topic.  I’m not saying that’s a good thing, either.  It’s just what it is.

Written in a bold, semi-conversational style, this book attacks an awkward subject with frankness. Much-needed frankness, I believe. A few of her statements skated close to the discomfort zone for me–particularly when speaking of God telling her this or that, but she managed to keep most of those statements written in such a way that they didn’t contradict the Word.  They could easily be understood as the Holy Spirit using the Word to speak truth to her in her spirit.

Speaking of the Spirit…

Joanna Sanders breaks down the Fruits of the Spirit in a very succinct way, and I thought it was brilliant.  I’ll be studying the passage and comparing what the Greek says with what she came up with.  She sent me to the Word.  That’s golden right there. Loved it.

Some of the organization was a little disjointed for me, but not so much that I was lost.  It was more that she’d keep telling us where she’d address this topic and that instead of arranging the book into a logical progression.  That said, it might not have been able to be done that way.  I’ll give her that.

My only other objection is really because of the subtitle.  It says “sexual purity and submission.”  I found the submission part weak–more tacked on at the end.  The thing that kept me from being strongly bothered by this is that she referenced another excellent book on the topic.

Recommended for women who are looking for a frank, Biblical look at how women should view sex in light of the lies of the world. I do not recommend the book for younger Christians who are not already strongly tempted and who do not have accountability in place to discuss the book with. Also not recommended for people triggered by detailed discussions of a sexual nature.  Fire Women could prove to b  a stumbling block then. 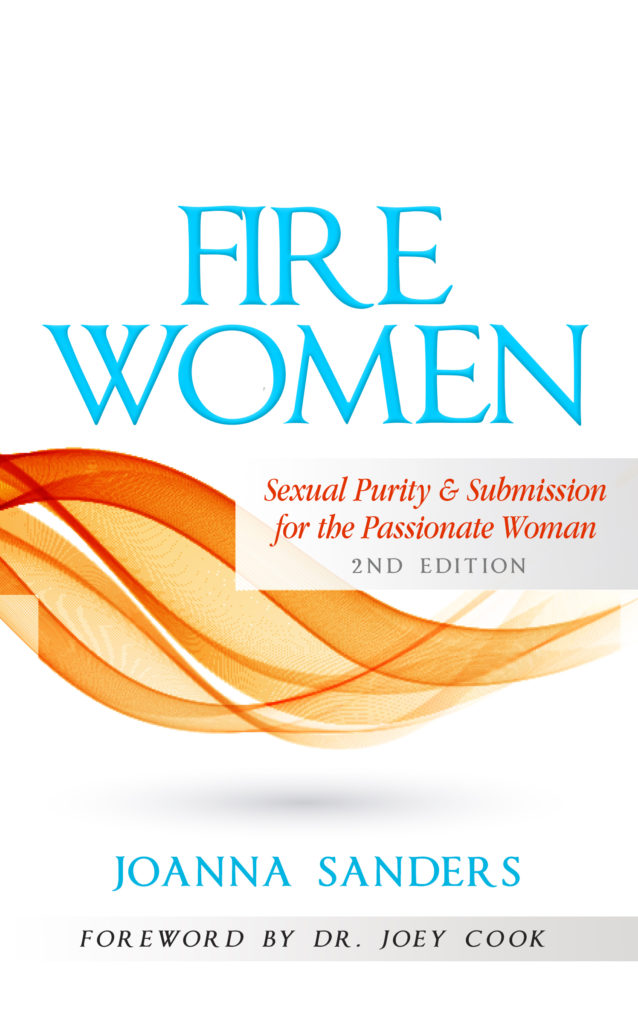 Combining biblical instruction and discipleship, Fire Women is a testimony to the powerful benefits of submitting even the most intense desires to the authority of Jesus Christ. It’s an intimate view of a woman with almost-untamable passion and the God who delivered her to live the passionate life she truly desired.

Having been married twice, Joanna candidly reveals a stark contrast between her two marriages, as well as the impact of her choices through three decades of being burned—and nearly destroyed—by the desire of the flesh. In hopes to inspire passionate women to godly living, Joanna shares practical applications from the difficult lessons learned within an intense five-year refining period between marriages and an honest account of a landscape laid to ruin by a life of sin. Written from the perspective of one fiery woman to another, readers will hear of the worth of living God’s way, the importance of dying to self, the true measure of passion in God’s eyes, and that not all flame is bad . . .

Previous Post: « 3 Awkward Reasons Why I Avoided This Review
Next Post: An Unusual Way to Examine What Makes a Great Marriage »