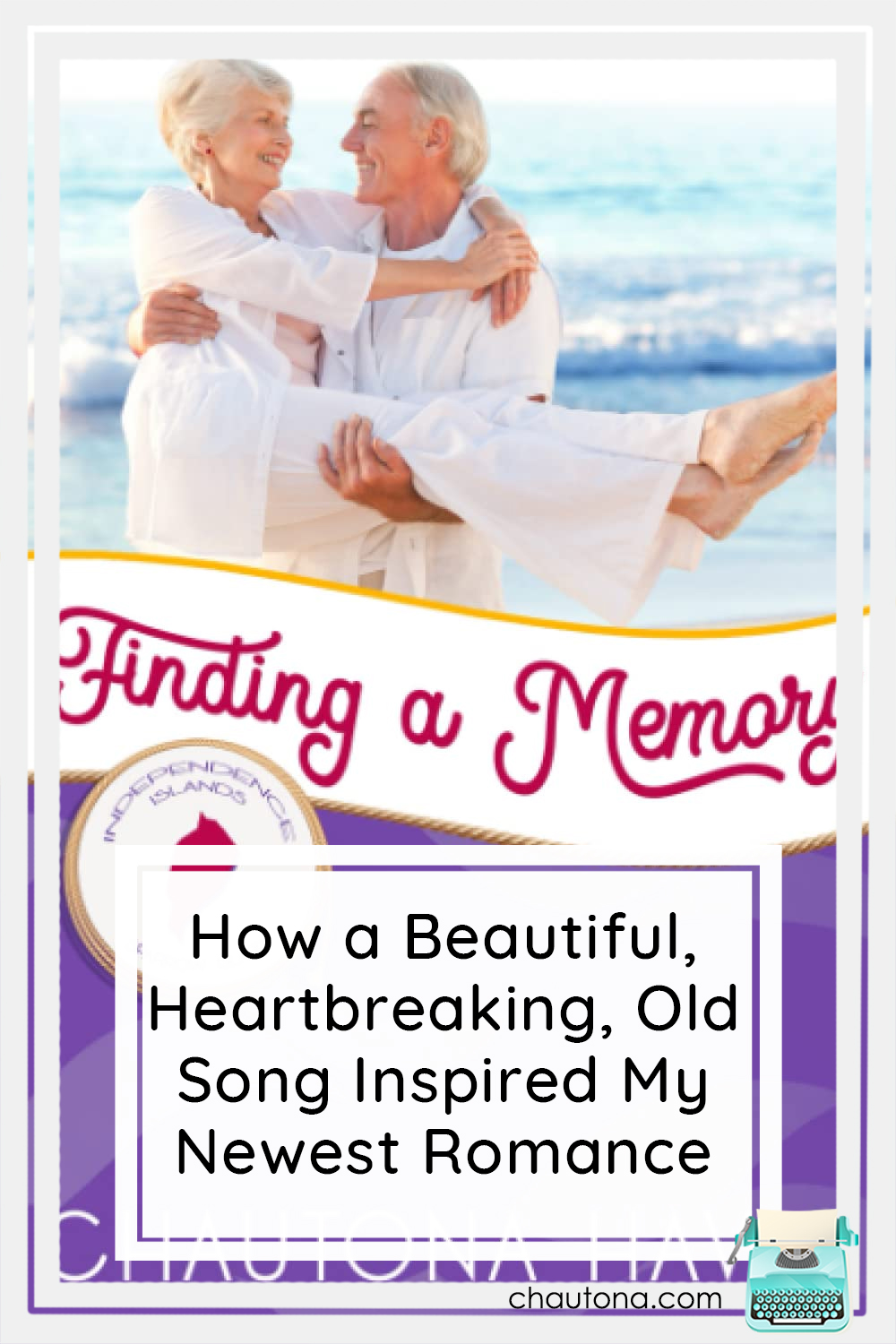 This will probably shock many of you, but I’m here to confess that I was a weird kid.  I’ll give you a second to let that sink in.  Done laughing?  Yeah.  Didn’t think so. I’ll wait…

Look, while my friends were listening to Bon Jovi, U2, Cindy Lauper, and who knows who else (I remember those names)… METALLICA!  Yes. That one.  Anyway, while they listened to those groups, I liked The Sons of the Pioneers, Patsy Cline, Jo Stafford, The Kingston Trio, The Brothers Four… oh, and Patti Paige.

Okay, so I was weird. But the 80’s were a time of individualization and all that jazz.  They just didn’t like jazz then.  I did.  Again… *shrugs*

While my friends wore stirrup pants and acid wash jeans, I wore handsewn (not just handmade, but actually sewn without a machine) prairie dresses.  #becauseme.

From “Tennessee Waltz” to “Old Cape Cod,” I was all about the Pattiness of the Paige.  Especially one heartwrenching song…

“Go on with the Wedding.”

One woman. Two men. Both trying to be the honorable hero.  In the end, “Fred” wins the hero award by losing the girl and stepping out of the picture.

How a Beautiful, Heartbreaking Old Song Inspired My Newest Romance

For decades I wondered.  “What happened to Fred?”

Well, folks.  Now you find out.  Because in today’s Finding a Memory release, the first from Sparrow Island, we get a book inspired by that song.  We find out what happened to “Fred.”  Or rather, to Patti and Francis from the 1970s. Did she regret her choice?  Did he find someone else? Well…

Finding a Memory by Chautona Havig

He loved her then. Will she love him now?

When Mallory Barrows finds an old diary in a box of books, the story she finds within sends her on the hunt for the owner–and maybe more.

Theirs is a story ripped from a country song. A wedding, a former love presumed dead, her new love stepping aside. And over forty years later, their story is one few remember.

With Mallory determined to find the people in the pages of that diary, one couple is offered the second chance of a lifetime.

This “second-chance / seasoned romance” novel introduces the next island in the Independence Islands Series featuring five islands, six authors, and a boatload of happily-ever-afters.

AND… My FINAL book in the Independence Islands series,

is now available for PREORDER!  Check it out! I’m so excited to share Mallory’s and Benjamin’s story (and a bit more of Bud’s, too!)!!! 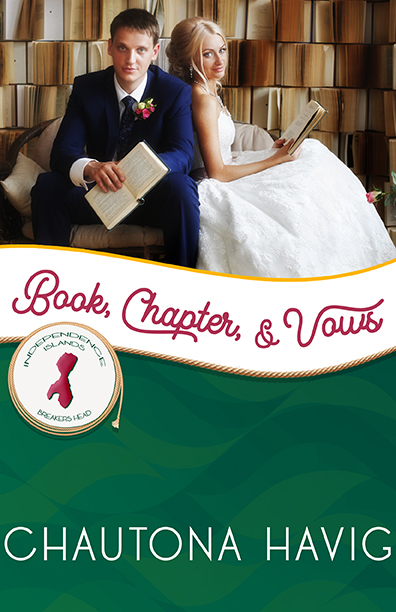 Why can't the past stay in the past?

She told him falling in love wasn't in the plan, but she wasn't complaining. Now... now she's not so sure.

Other Books in "Independence Island Series" 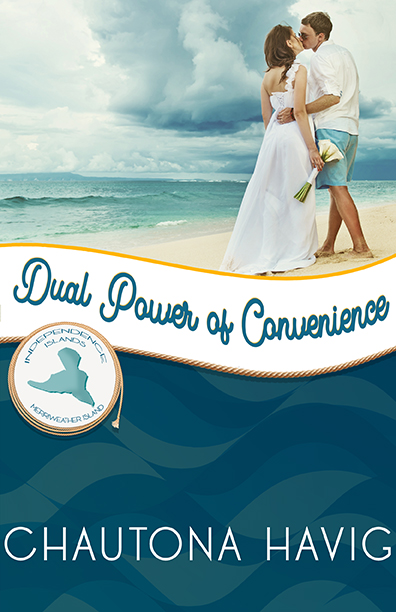 Bookers on the Rocks
Preview

ALSO!  The box set for Elnora Island is here! 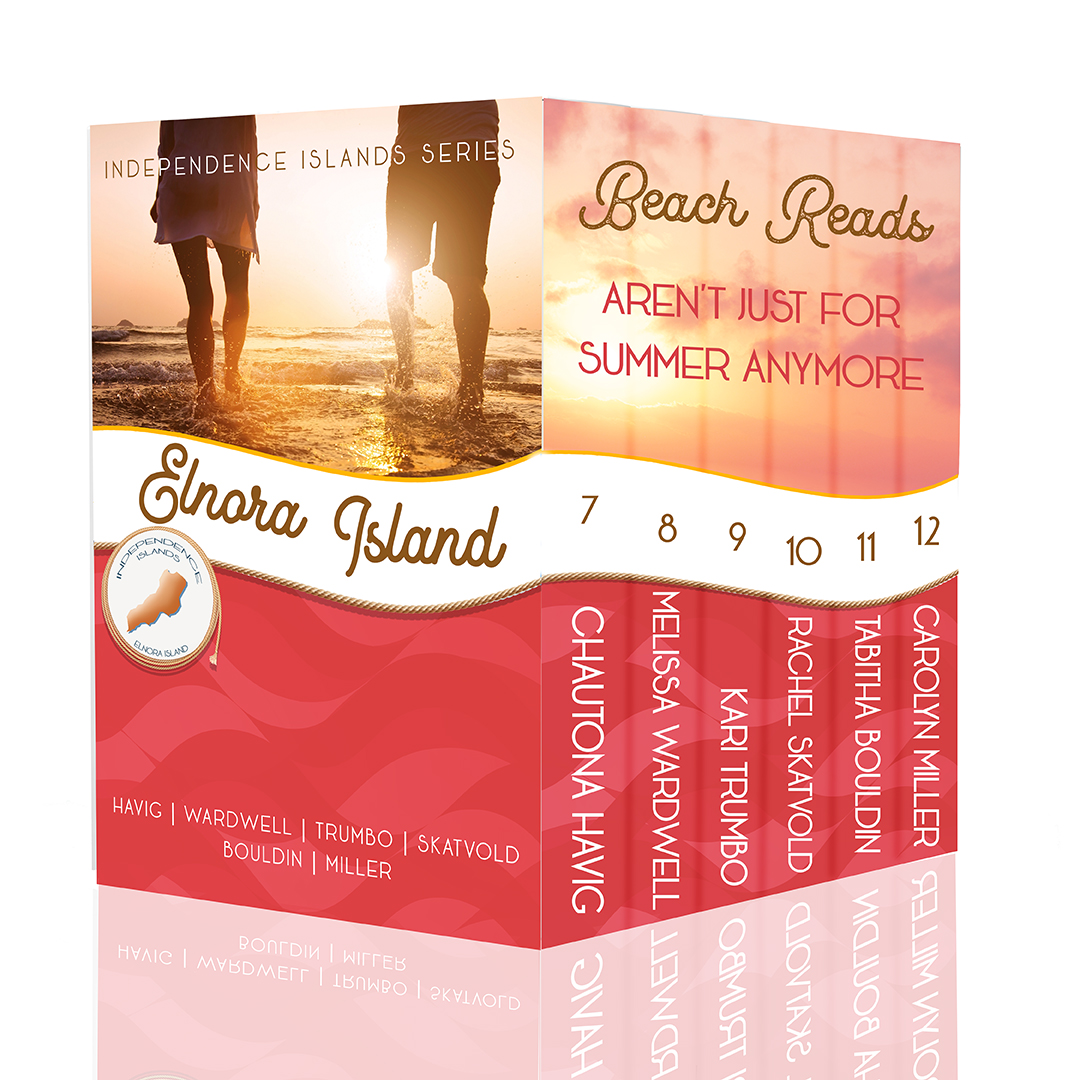 New businesses and friendships bring new joys… and trials. How are the new businesses on the islands succeeding in settling in and establishing themselves? Find out as you step off the ferry and onto Elnora Island.

Read all six books of the second island featured in the Independence Islands Series today!

Bookers on the Rocks by Chautona Havig— For twenty-five years, Tessa Booker has insisted that romance is something Hollywood cooked up to sell books and movies. So when Ross gets a gentle nudge from Mallory Barrows to look into what Tessa’s doing every day while he’s at work, he discovers a romance in the works–one that sounds a little too “ripped from the pages” of his life!

Heart Pressed by Melissa Wardwell— The Sweetheart Festival, an Elnora Island institution, has sparked more than a few romances over the years, but who would have thought it would light a fire in two hearts from two of the island’s oldest families. When Amara Martin and Dante Greco meet, sparks fly that may ignite more than romance.

by Kari Trumbo— When they dated ten years ago as teens, it almost destroyed their friendship. So Pen Reese did the only logical thing.  She lied about how she felt—and still feels—about him. She’s still paying for that lie.

The Elnora Monet by Rachel Skatvold— Islanders call him the Elnora Monet. Is that island speak for “pompous, arrogant jerk?” When Carly Mulligan volunteered to make house calls on Elnora, she never imagined treating the richest cat on the islands. What other feline has his own wing in a mansion like the Belshaw Estate?

Stealing the First Mate by Tabitha Bouldin— Single and happy is not an oxymoron. Right? Nigel Jones has loved Darcy for ages, but her father (his boss, of course) ordered him to keep his feelings to himself, thanks to a stupid mistake that Darcy (thankfully) doesn’t know about. Too bad her dad does.

Regaining Mercy by Carolyn Miller— A mom ready to do anything for her son. A man determined to win the woman he loves.

Going on Love at First Glance had seemed like such a good idea. She didn’t care about finding Mr. Right. No, Mindy Murray chose the reality TV show for more mercenary reasons. A mom’s gotta do what a mom’s gotta do when it comes to feeding her son.

Now you can read all the “Elnora books” in one convenient set of the Independence Islands Series featuring five islands, six authors, and a boatload of happily-ever-afters.

I’ll add the link for this when it’s available (just drumming our fingers!).

Find Out What Songs Stir the Hearts of the Other Authors in this Finding the Memory Release Celebration!

The Independence Islands authors are celebrating the Finding a Memory release with me by sharing songs that always choke them up.  You can find them below (and get those entries in!!)

And get your entries in!

Previous Post: « Liz Tolsma’s New WWII Novel Really Does offer a Picture of Hope
Next Post: This Inspiring Series about Courage Is a Must Read »