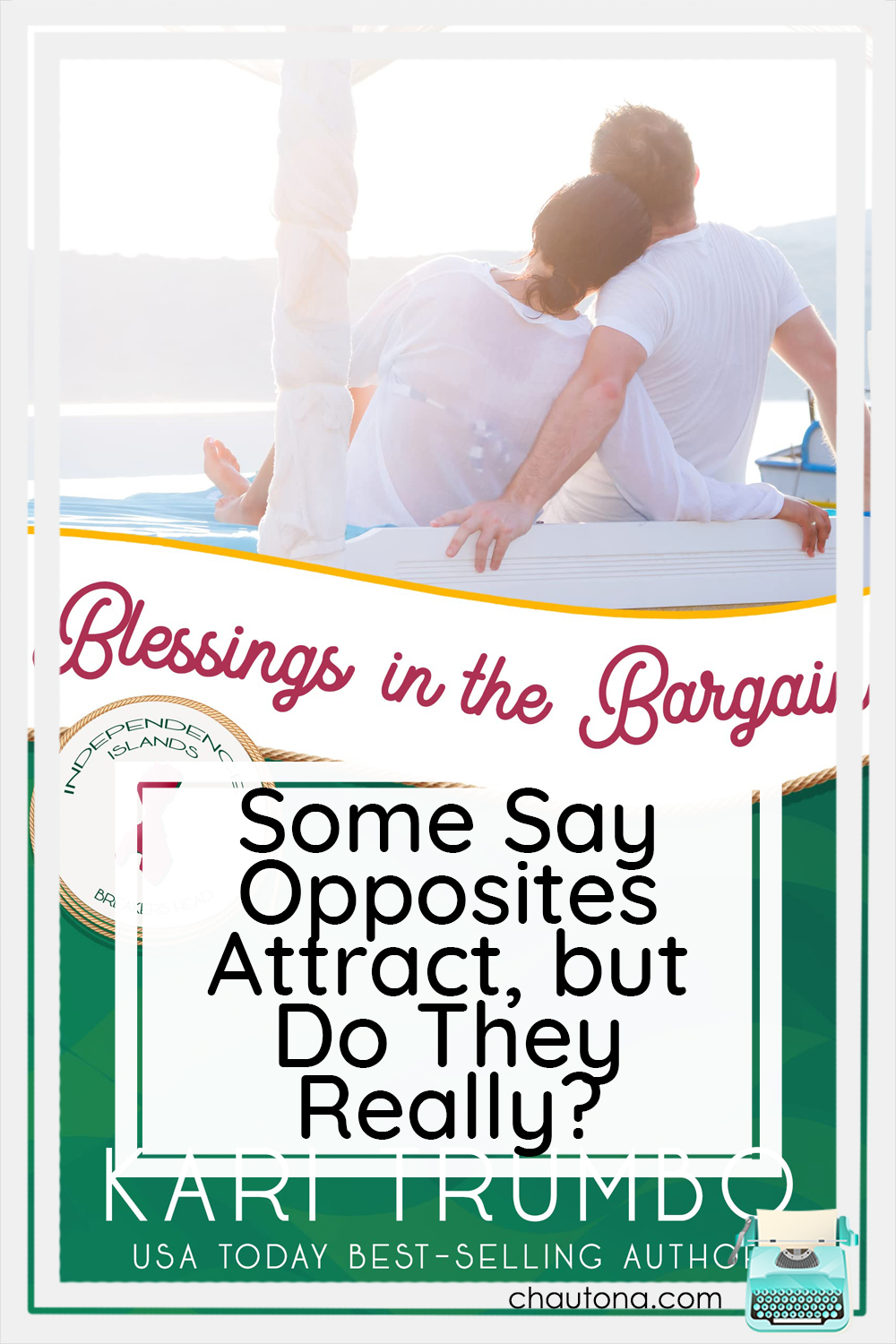 The question threw me for a loop. “Do you have a friend who is your opposite but you just love them?” I didn’t (and still don’t) know how to answer her. My friend Teresa is crazy outgoing and gregarious. I’m naturally shy. So… sure. We’re opposites. But we have most things in common. The same is true of my friend since junior high, my husband, and even the other islands authors.

It kind of makes sense, though. Doesn’t it? If you are exactly like your friend in every way, one of you is probably redundant. If you’re completely opposite in every way, then what do you have in common? And if you have nothing in common at all…  Get my drift?

But what I want to point out is that while spending time with people like ourselves might be more comfortable, those people who challenge us to get out of our comfort zones (staying home instead of going out or vice versa, having a party when you’d rather people go away… whatever)… Those people make life richer. And I, for one, am grateful for them.

Some Say Opposites Attract, but Do They Really?

What’s the deal with the friends and the opposites and the samesies?

Well, Kari Trumbo’s latest (and last… sniffles) Independence Islands book, Blessings in the Bargain, released this week, and since there’s definitely an opposites attract (plus May/December) romance, Kari asked the question, and here’s my answer.  It’s not all that exciting, but really… I could tell you about how my friend never believed I was shy until she introduced me to a friend of hers in Walmart and then couldn’t understand why I wasn’t talking.  I didn’t need to. “But you weren’t shy with me!”

Newsflash. Outgoing, gregarious people often drag shy people into friendships with no idea that they go home later and suck their thumbs in the fetal position. Yeah… Teresa figured that out.

Blessings in the Bargain by Kari Trumbo

Despite a career in logistics, Courtney is unprepared to get lost at sea…

A fated trip to the docks with her closest pal Annie leads to disaster. Ship Captain Lex Ford agrees to take Courtney and two of her friends on what was to be a quick trip to test a new boat. A dangerous storm traps them against a reef, damaging communications and stranding them at sea. 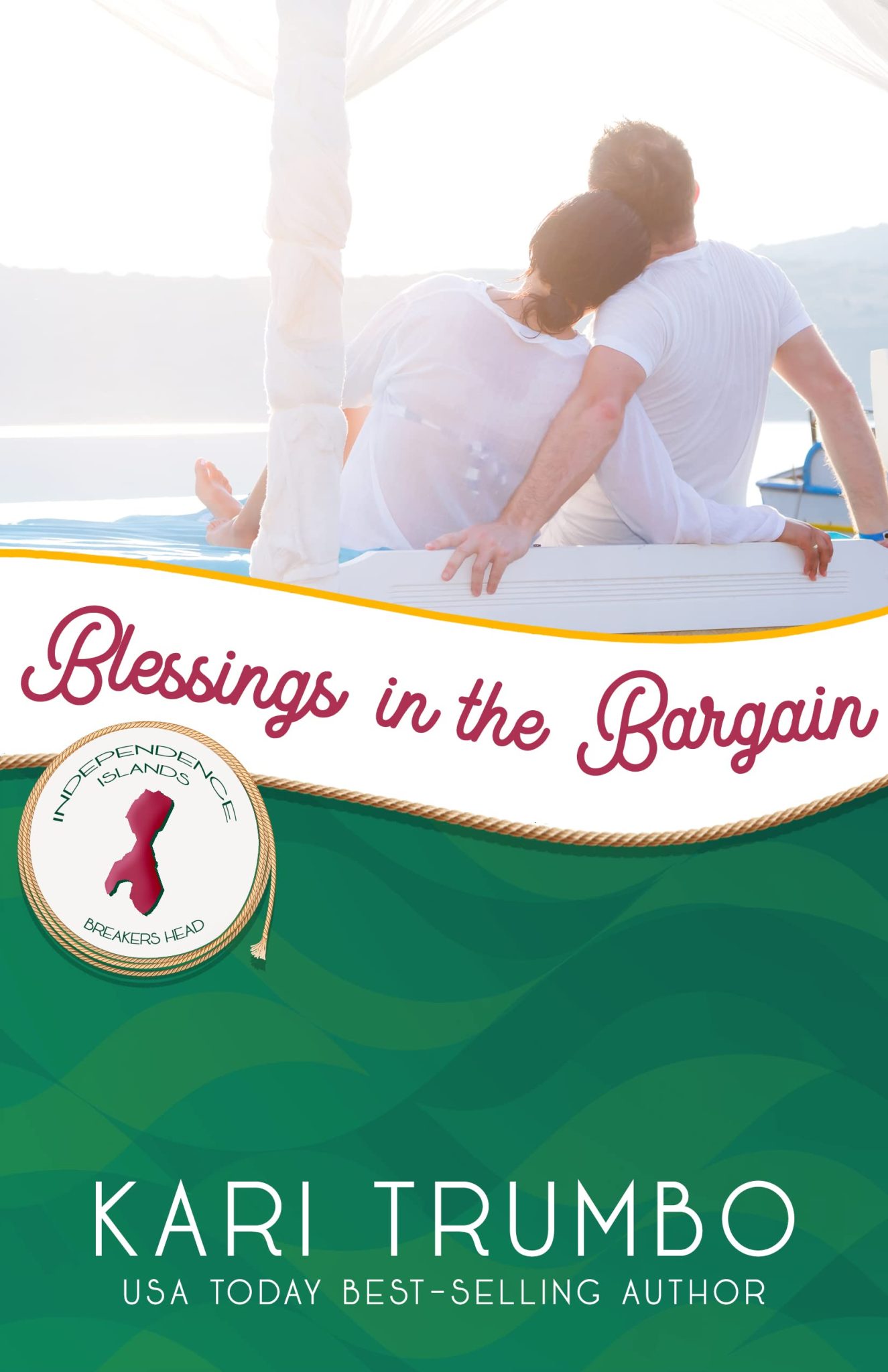 Lex knew this was a bad idea…

He hated having people on his ship with him. Ever since his partner left, he doesn’t share his life with anything but the seagulls. So, when Courtney’s friend Rafe offers him a deal on a new boat, he’d rather ignore the offer.

His heart isn’t ready for how he feels about Courtney, and watching her brave the elements after the storm makes him want to protect her. But the last woman he loved just walked away. And what about their age gap? He’s far older than her. The Lord is good at turning bad situations for good, but can even He make this mess right?

Check out the other authors’ websites for their friendship stories AND… to get entries in to their giveaways!

Previous Post: « Action, Danger, Personal History, and Romance—What’s Not to Love?
Next Post: It’s Never a Bad Time to Fall in Love (Especially with a Good Book!) »