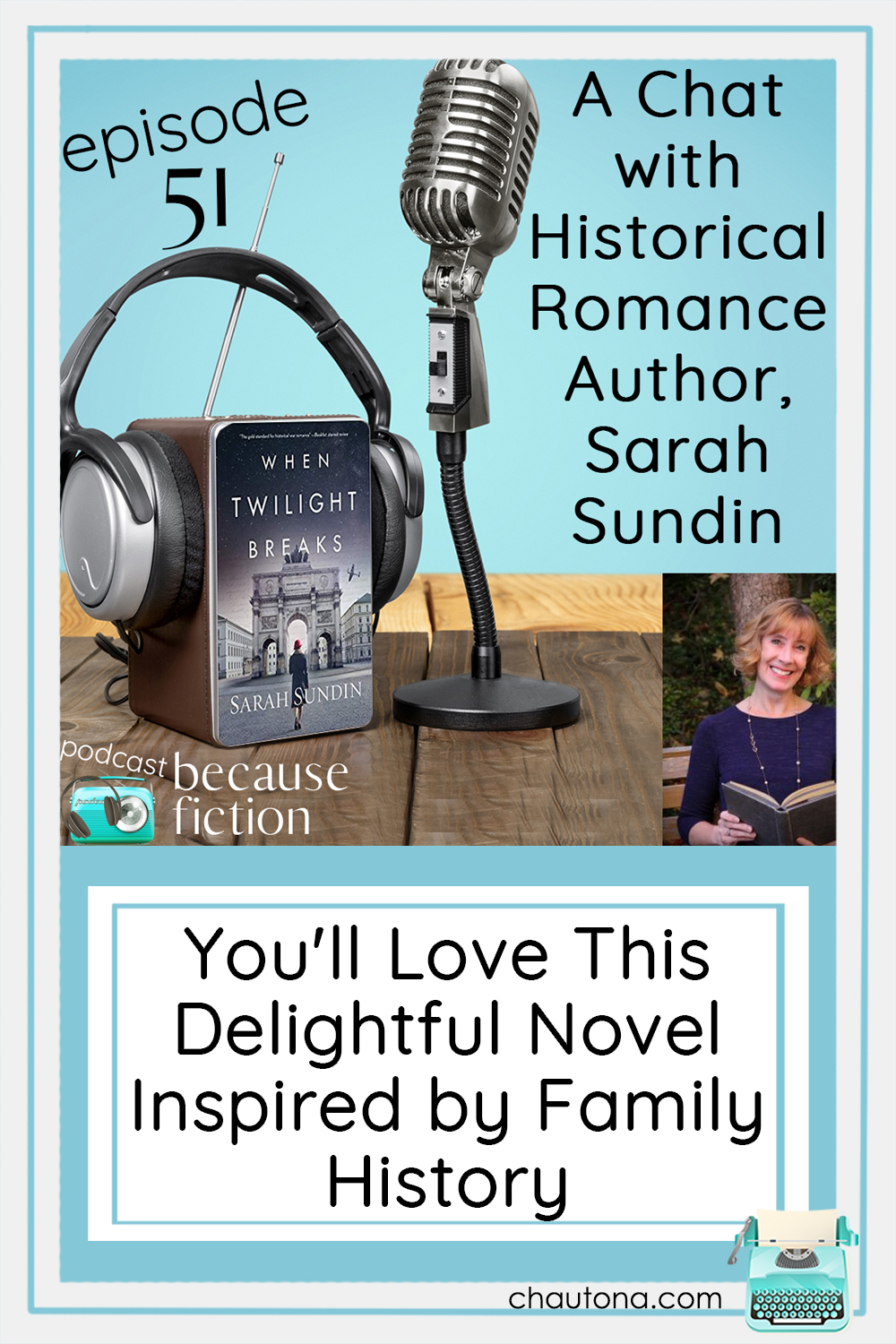 After years of good intentions, I finally read my first Sarah Sundin book, When Twilight Breaks, and oh my word!  Amazing book!

This combination book gush and author chat discusses what history has dubbed Kristallnacht, WWII fiction, family inspiration, and When Twilight Breaks in particular.

Just a couple of chapters made me a fan!

I had a delightful time talking with Sarah Sundin a couple of weeks ago.  We discussed war, bigotry, and how family and their stories impact our lives. All because I read the first several chapters of her latest release, When Twilight Breaks, and I’m still gushing about it.

Look, sometimes we hear amazing things about different authors, but for inexplicable reasons, we don’t actually take the time to try one of that author’s books.  Maybe we have one or two (or eight) of their books on our shelves or our Kindles  (or both!), but somehow we’ve not managed to click the right one before.

Well, today I challenge you to take one of those books and start it!  I sure wish I had ages ago.

Sarah Sundin began writing contemporary fiction (that she says should be burned) and a happy (for us, anyway) accident landed a story idea that needed historical fiction to be realistic.  The rest is… well, you know.

In When Twilight Breaks author Sarah Sundin shows a side of Nazi Germany we don’t often see.

In a world that cannot imagine the appeal of a man like Adolf Hitler, Sarah Sundin shows how even Brits and Americans could be taken in by the restoration of order, lawfulness, and apparent prosperity in a world that crumbled around them. Germany under the early years of Adolf Hitler was a prosperous place in contrast with the depression the rest of the world endured.

Through amazing characters who will steal your heart, Sarah draws you into that world and makes you cheer, grumble… all the feels.  She makes you care about what happens not only to the people but to a country and a people we tend to see as “the enemy.”  Sundin humanizes them in a way that I think is important.

Did Germany commit atrocities to the Jews within their reach?  Definitely.

So did Stalin.  So did other countries to other groups–just as our country did to people before and since that war.  It’s the nature of humans to be cruel to those we deem inferior… or at least more inferior than we feel ourselves.

Is it horrible?  Yes.  But it’s reality.

You can learn more about Sarah Sundin at her WEBSITE.  There you’ll find links to her social media accounts including Pinterest boards about her books and research.

That’s something else we discussed–research! From words that are anachronistic to phrases that are much more modern than they sound to how to hotwire a car before cars used keys!  Sarah Sundin describes it all.

She even lists just a few amazing WWII fiction authors you might want to try… like Cathy Gohlke, for example. 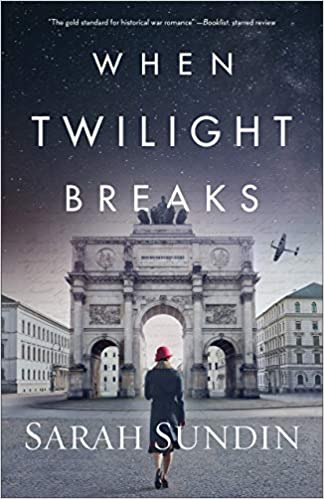 Munich, 1938. Evelyn Brand is an American foreign correspondent as determined to prove her worth in a male-dominated profession as she is to expose the growing tyranny in Nazi Germany. To do so, she must walk a thin line. If she offends the government, she could be expelled from the country–or worse. If she fails to truthfully report on major stories, she’ll never be able to give a voice to the oppressed–and wake up the folks back home.

In another part of the city, American graduate student Peter Lang is working on his PhD in German.

Disillusioned with the chaos in the world due to the Great Depression, he is impressed with the prosperity and order of German society. But when the brutality of the regime hits close, he discovers a far better way to use his contacts within the Nazi party–to feed information to the shrewd reporter he can’t get off his mind.

This electric standalone novel from fan-favorite Sarah Sundin puts you right at the intersection of pulse-pounding suspense and heart-stopping romance.

Previous Post: « What Is More Beautiful Than a Heart Stirring Story?
Next Post: Meet a Brand-New Women’s Fiction Author in an “Old” Favorite »

Writing time. It's not The Barn at Buladean, but I