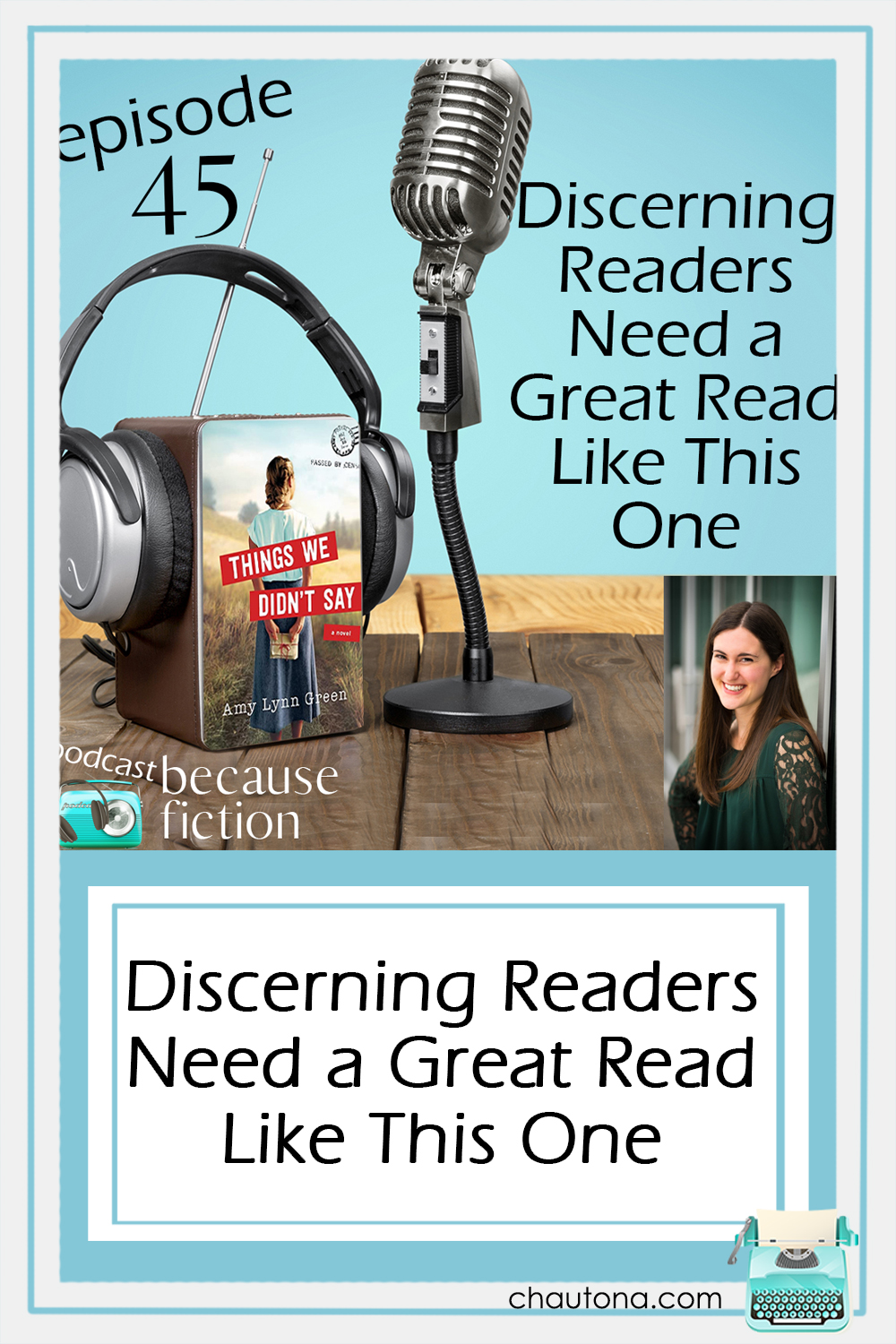 When you see a cover that won’t leave your mind, sometimes you just have to go find out what it’s all about. Well, that’s exactly what I did last fall, and what I found… Whoooeee! Yeah.

Debut authors are a penny a dozen these days. Phenomenal debut authors with novels you can’t put down and can’t stop thinking about, on the other hand… oy.

I actually quit editing one episode slated for today and went to record this one. Why? Because I just couldn’t wait one more minute to –erm, talk about Things We Didn’t Say by Amy Lynn Green.

Note: Links may be affiliate links that provide a small commission at no extra expense to you.

Discerning Readers Need a Great Read Like This One

There’s nothing more wonderful than a new release that keeps you riveted to the page–or the audiobook app–from the first word to the last.

Unless it happens to be by a debut author.

That’s right, Amy Lynn Green has written a phenomenal, gripping, insightful novel that every lover of good fiction should read.

The story behind this book goes way back to when a friend recommended the novel The Guernsey Literary and Potato Peel Pie Society a few years ago. I spend about 5 minutes talking about #thatguernseybook as a way to set up how I found this book and why I consider those books comparable. So, if you want to skip that, start around the 5-minute mark.

In fact, I’m calling this book “The American Guernsey Book” because it’s got a similar feel.

So what is so great about Amy Lynn Green’s, Things We Didn’t Say?

A linguist, Johanna Berglund is called home to translate for German prisoners of war, censor their letters, all the stuffness.

This epistolary novel opens with a treason trial and someone has collated all of Johanna’s correspondence. Letters to the editor, notes at work, writing to friends–everything.  So, between learning to see the Germans as people and trying to treat them as such, and having a Japanese-American friend, she’s looking guilty when things go south.

There are so many perspectives shown through all of these notes and letters.

Furthermore, the way the character arc transforms Johanna’s character is brilliant. You see Amy Lynn Green pulling Johanna out of her shell and into her own person throughout the story.

As I say in the episode, Johanna’s growth reminds me of an old Jimmy Stewart movie, No Highway in the Sky.  This is the aftermath of the scene I mentioned where Stewart realizes he’s become personally involved… or vice versa.

The book is well written and full of great characters whose personalities shine on the page. Additionally, there are strong spiritual elements that show faith in action, faith growing. If that werern’t enough, Amy Lynn Green addresses and explores difficult political and ideological issues of the day–both from objective and subjective viewpoints. This adds depth and richness to her story.

Did I love it?  Oh, yeah. Am I disappointed that I don’t see more available by her? Definitely. Do I stalk Amy Lyn Green’s Amazon page for preorder links to another book?  Yep. Sure do.

Also… I shared news about the podcast!

In addition to this gush about Amy Lyn Green’s book, I announced that we’re going to expand the episodes to two types.

Tuesdays: These episodes will be just like the ones we’ve been having all along.

Saturdays: These will be genre-specific (Historical, Contemporary Romance, Spec Fic, etc) episodes featuring short interviews (8-10 minutes) with approximately 3 authors. We’ll discuss upcoming or newly released books. And with these, we’ll keep the chit-chat to a minimum.  Still, I plan to read most of if not all of the books so I know what questions to ask, etc.

Oh, and watch for the winner of the giveaway from Episode 44. 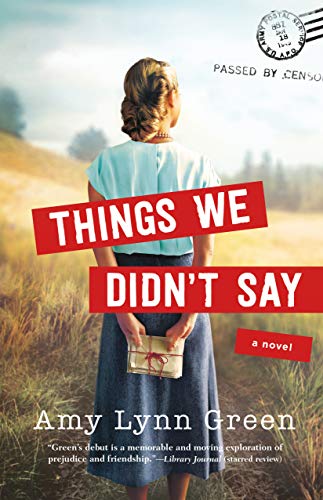 Headstrong Johanna Berglund, a linguistics student at the University of Minnesota, has very definite plans for her future . . . plans that do not include returning to her hometown and the secrets and heartaches she left behind there. But the US Army wants her to work as a translator at a nearby camp for German POWs.

Johanna arrives to find the once-sleepy town exploding with hostility. Most patriotic citizens want nothing to do with German soldiers laboring in their fields, and they’re not afraid to criticize those who work at the camp as well. When Johanna describes the trouble to her friend Peter Ito, a language instructor at a school for military intelligence officers, he encourages her to give the town that rejected her a second chance.

As Johanna interacts with the men of the camp and censors their letters home, she begins to see the prisoners in a more sympathetic light.

But advocating for better treatment makes her enemies in the community, especially when charismatic German spokesman Stefan Werner begins to show interest in Johanna and her work. The longer Johanna wages her home-front battle, the more the lines between compassion and treason become blurred–and it’s no longer clear whom she can trust.