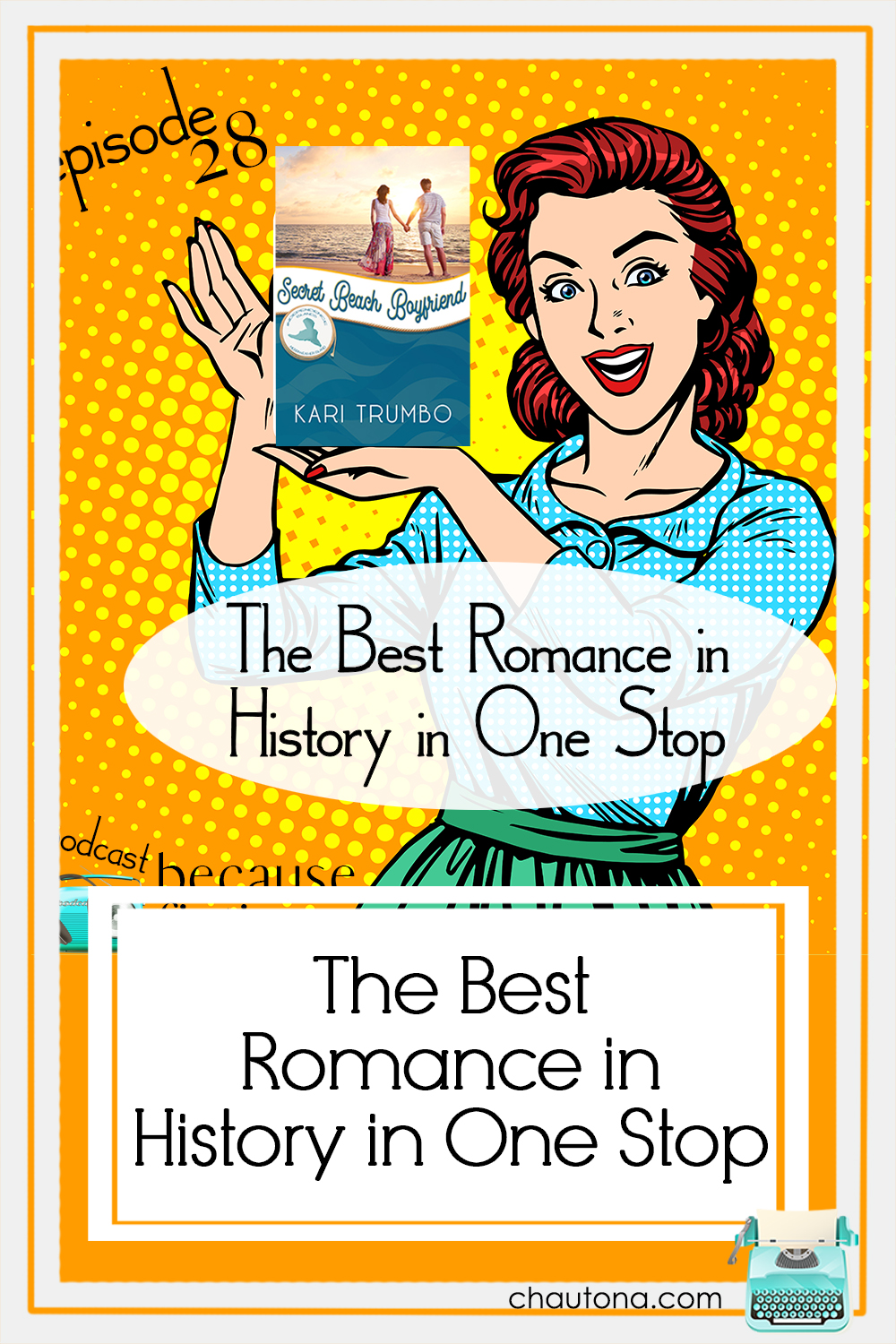 I met author, Kari Trumbo, when I gave her book a “meh” review four or five years ago, but more about that in the episode.  Since then, we’ve been in several collections together and now an epic series–The Independence Islands series.

With her first island book releasing on September 29th, I just had to have a chat with her, so we scheduled a time.  The recording… wouldn’t.  We rescheduled, and neither of us could make it.  Again… and fail. Finally, we got a “solid” recording, only to discover that my half was staticky and icky. BLECH.

So, for a couple of weeks now, I’ve been re-recording my half.  Do you know how hard it is to record something already recorded?  Well, let’s just say that the audio quality of this one is lacking.  In a big way.  After HOURS of editing and rerecording, I decided it was either NO episode with Kari or we could pretend there’s a storm outside.

Did you shut the windows?  Just askin’…

No, seriously. There was no way I wasn’t doing an interview about this book. It’s too good for that! Yes, we did lose a few funny stories, but I had to get some sleep sometime!

The Best Romance in History in One Stop

Why would I call Kari’s books the “best romance in history” in one stop?

Well, like me, Kari Trumbo is a prolific author and an eclectic one, too.  She writes in multiple genres in both historical and contemporary fiction. romance, western romance, romantic suspense, women’s fiction… you name it.  Her characters have depth and leave an impact on you.

Is it any wonder that when we began looking for authors for the Independence Islands Series, I knew I wanted her?

Kari Trumbo started out in Deadwood

Or near enough. after a honeymoon in South Dakota, when it came time to write, she drew on what she knew and the era she loved most.  With fifty books to her name, I’m thinking she did a good job with it.

From there she moved into contemporary western romance and finally into romance.

Her agent is shopping her romantic suspense to different publishers and her new author name is for her women’s fiction.  More about that in a bit.

NOTE: I’m beat.  I’ll be back after I sleep to finish the show notes.

Previous Post: « What Makes Fiction Christian and Is That Good?
Next Post: 3 Things I Love Most about “That Boyfriend Book” »