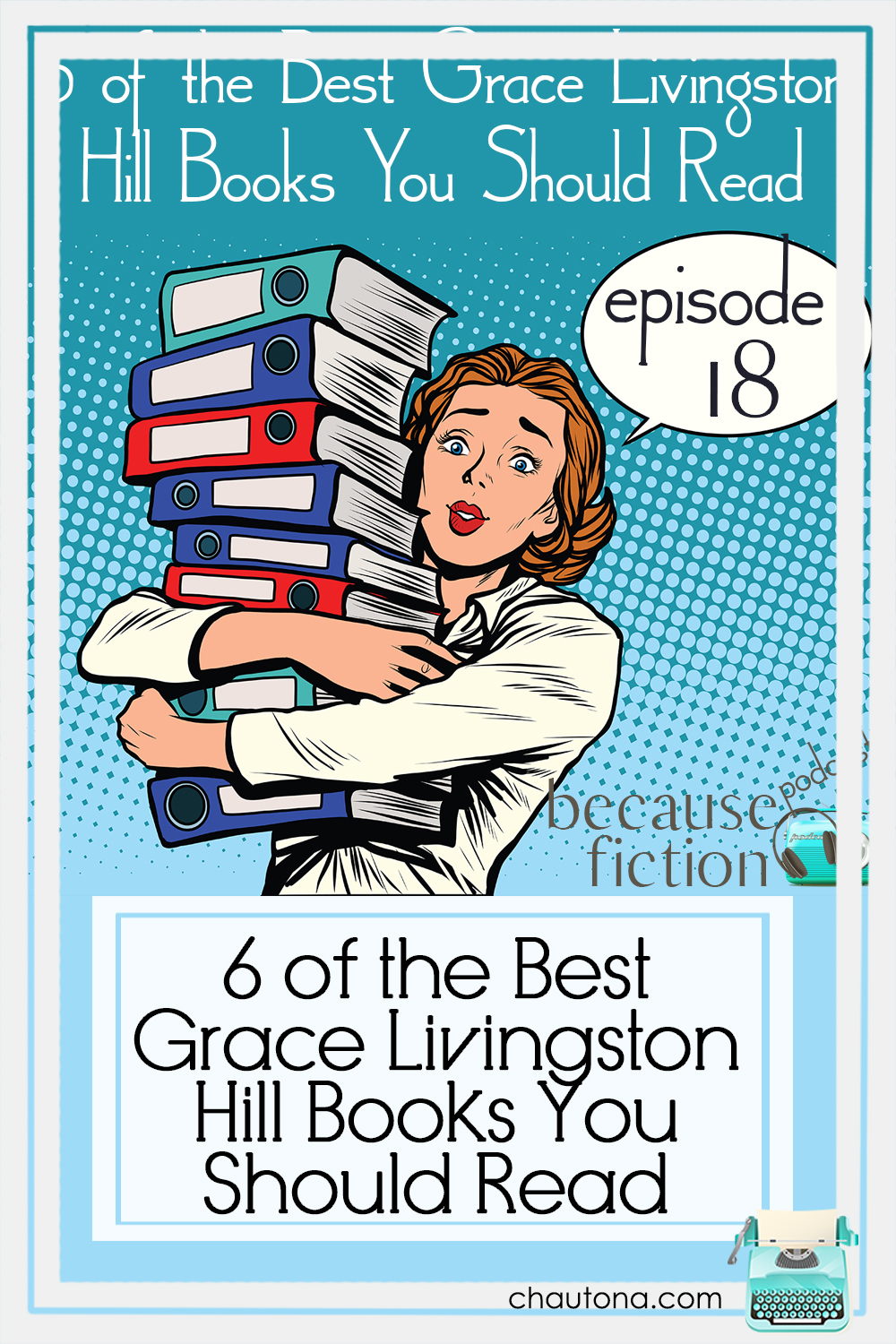 Over a century after her books were written, Grace Livingston Hill’s books continue to be popular among avid readers of Christian fiction—but why?  And if you haven’t read any, where on earth would you start?  The woman wrote over a hundred books!

I’ve brought her up in two of my other episodes: Episode 1 and Episode 7.  You can find those HERE.

Well, I’ve chosen six of my favorites, and in this episode, I tell you what they are and why!

6 of the Best Grace Livingston Hill Books You Should Read

After reading The Angel of His Presence, I doubted I’d ever pick up another one of Grace Livingston Hill’s books.  That one didn’t grab me, as I explain in the episode.  However, dear friends got me to reconsider my opinion on the books when they shared their favorites.  As a result, I can recommend six of them to get started with (or to read—either again, or to discover new delights from this prolific author!)

Counting down from least to most favorite (almost…) of Grace Livingston Hill’s books we have:

Cloudy Jewel—the story of a beloved aunt whose kind heart and love for her nieces and nephews save her from a life of drudgery.  A sort of Cinderella story. (Free at the time of posting)

Aunt Crete’s Emancipation—another Cinderella-ish story about another aunt who received the love and affection of a beloved nephew who arrived to lavish it on both his aunts and his cousins but wasn’t met with a warm reception by all!  I mention a link to a website while I was talking about that book.  It’s HERE.

A Daily Rate—  A young woman in a miserable existence receives an inheritance that she uses to brighten the lives of others in a similarly miserable situation. (More of a romance than the others)

The Enchanted Barn— The Hollister family needs a place in the country, and the only one they can afford is an old barn, so they fix it up into a lovely home. (Another more romantic story).

The Obsession of Victoria Gracen— One aunt invests in the lives of her nephew and his friends, against the advice and to the shock of the town, resulting in beautiful things. (only available for Kindle in that box set right now)

Found Treasure— Euphemia Martin doesn’t have a very good reputation—nothing sordid, just a girl who is known for being careless, boyish, and flighty.  A chance encounter with the town darling shows her the meaning of her name, Euphemia, and over the next years, she becomes the personification of who the Lord meant her to be. 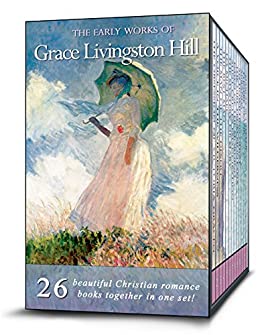 So, instead of a sponsor today, I wanted to point out that all or most of the Grace Livingston Hill books are in the public domain and can be read FREE at Gutenberg.org.  They are also available on Amazon.com and other websites, often free or for just a dollar or so on Kindle. In fact, here’s one collection of twenty-six of her books, including FOUR of the books I talked about today (doesn’t include Found Treasure or A Daily Rate.

I even found a few on Kindle Unlimited.

Often the hardback copies are inexpensive on sites like eBay.com.