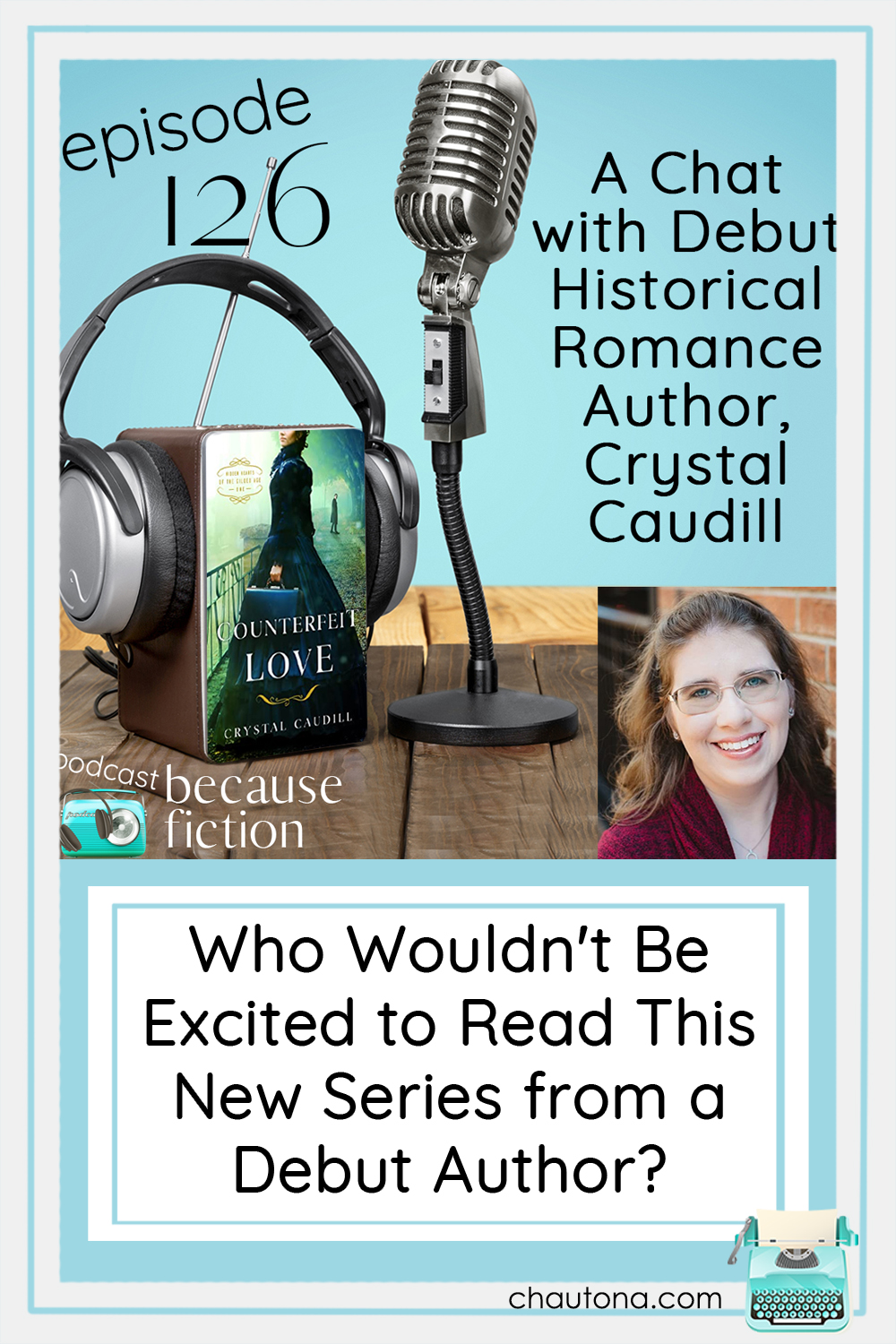 This week, I got to chat with a wonderful debut author, Crystal Caudill.  The first of the three-book series, Hidden Hearts of the Gilded Age, releases on March 22, 2022, and oh wow!  I got my copy early (don’t ask me how, but it arrived the other day!) and it’s STUNNING.

Caudill takes readers into the Gilded Age and introduces us to Secret Service Agents who are out to stop counterfeiting!  A true history aficionado, this author not only writes historical fiction, but it’s also her favorite read, too!

Who Wouldn’t Be Excited to Read This New Series from a Debut Author?

As I said in the episode, Lori Wick’s To Know Her by Name is about an undercover Secret Service agent in Colorado and has been one of my favorite books for a long time.  But based on what I’m seeing in Counterfeit Love by Crystal Caudill, I suspect this series might be as good… or better!

Taking place during the Gilded Age, the series promises to showcase three Secret Service agents over the three-book series, one of which is from one of those wealthy families we often associate with those years.

As I said, I don’t know how it happened, but my copy arrived yesterday, and though I am only on the first chapter, I am already riveted. For those who care?  I can’t STAND Theresa’s fiance.  DUMP THE BUM!  That’s my opinion, anyway. Obviously, she disagrees, and since I already like her, I’m giving her the benefit of the doubt. Perhaps this guy is only unreasonable, controlling, and a bit of a bully about her grandfather instead of about getting his way.  Yeah. Let’s go with that.

Note: no spoilers here… you can read that much on the first page of the “look inside.”  Just being honest.

But seriously, this book is already so good!  For example, we’re predisposed to love a grandpa who we know has made some dumb decisions from that first page as well. Any man who would give up something he loved to raise a granddaughter is a hero in my book, despite other… failings. 😉

The other books will probably release about every year or so.

Insert wailing and gnashing of teeth here.  Seriously, how are we supposed to wait this long? At least Crystal promises to come up with new book ideas as soon as she turns in book three of this series in May.

Okay, that might have been a bit of an exaggeration of what she actually said was that she couldn’t think about it until then, but that’s what that means. Right?  Of course, right!  (Name that movie!) 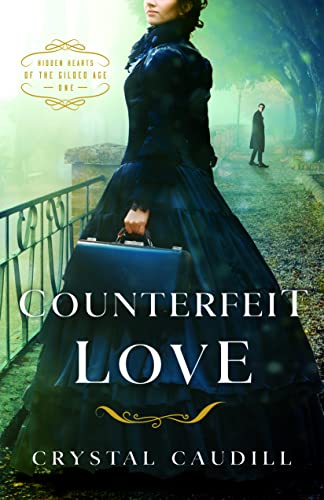 Can this undercover agent save the woman he loves–or is her heart as counterfeit as the money he’s been sent to track down?

After all that Grandfather has sacrificed to raise her, Theresa Plane owes it to him to save the family name. That means clearing their debt with creditors before she marries Edward Greystone. But when one of the creditors’ threats leads her to stumble across a midnight meeting, she discovers that the money he owes isn’t all Grandfather was hiding. And the secrets he kept have now trapped Theresa in a life-threatening fight for her home–and the truth.

After months of undercover work, Secret Service operative Broderick Cosgrove is finally about to uncover the identity of the leader of a notorious counterfeiting ring. That moment of triumph turns to horror, however, when he finds undeniable proof that his former fiancée is connected. Can he really believe the woman he loved is a willing participant? Protecting Theresa and proving her innocence may destroy his career–but that’s better than failing her twice in one lifetime.

They must form a partnership, tentative though it is. But there’s no question they’re both still keeping secrets. That lack of trust, along with the dangerous criminals out for their blood, threatens their hearts, their faith, and their very survival.

You can find out more about Crystal Caudill on her WEBSITE where you can also sign up for her newsletter and get her short story, “Banking on Love” FREE.