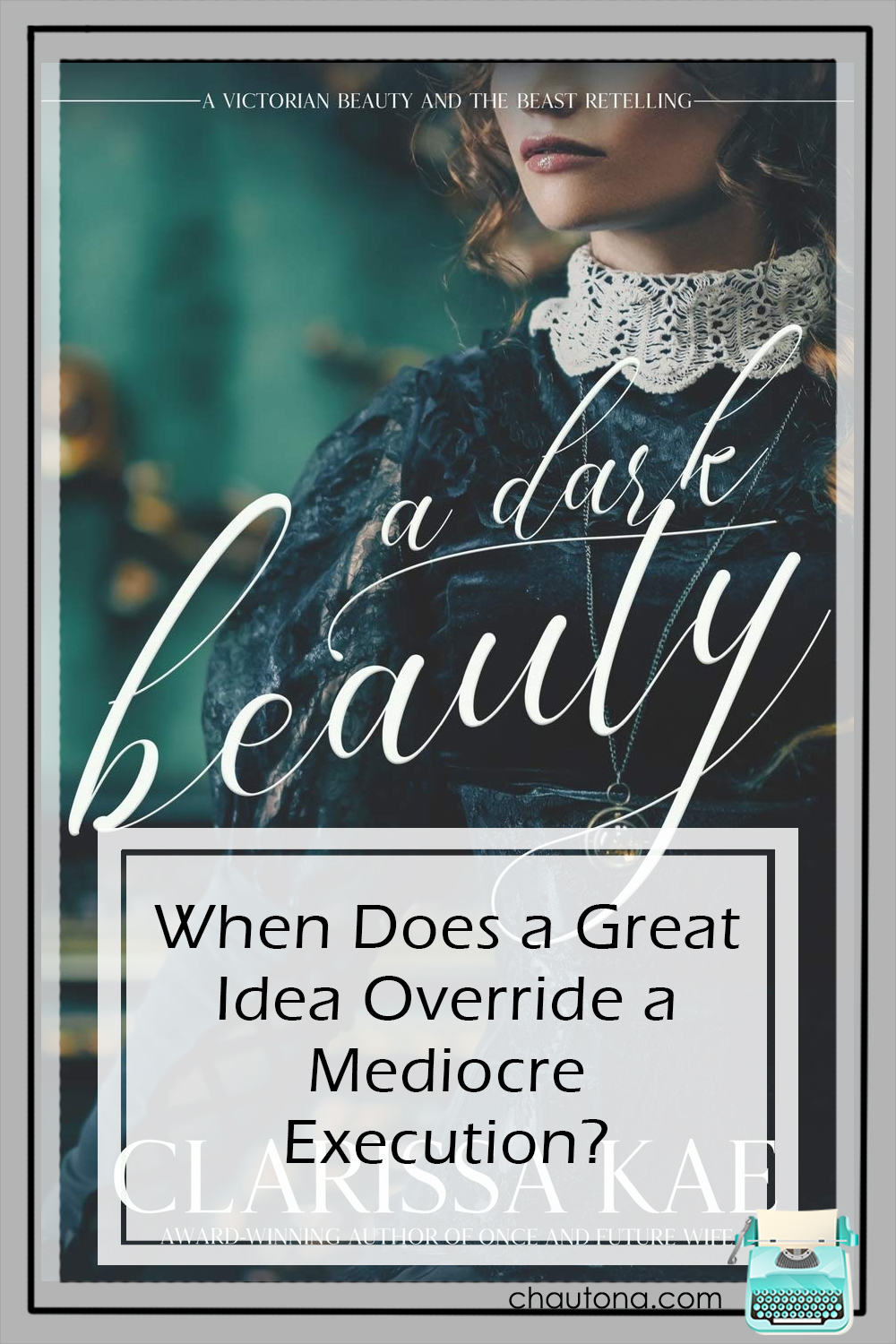 Fairy tale retellings are a dime a dozen.  No, really. They are. It’s not always deliberate, but a few in particular, occur frequently. Cinderella, Beauty and the Beast, and The Princess and the Frog are notable examples.

Because of this, sometimes even a mediocre story can come off as amazing simply because it’s a new spin on an old trope. A story that might have otherwise been a two or three-star read becomes three or four simply because the author managed to do something fresh or original in the retelling. That happened to me last night.

When Does a Great Idea Override a Mediocre Execution?

How about when an author makes us love the characters? Perhaps when a totally plausible plot keeps you turning page after page? Witty repartee?

There are so many reasons to love A Dark Beauty, but I’d say a unique character for our “beauty,” as well as our reason for the “beast,” top the list. A mechanically minded locksmith’s daughter meets Queen Victoria’s cousin and sparks fly!

An impertinent butler, a “Gaston-like” character who makes your skin crawl, and all the rumors, whispers, and trouble you could hope for–this book has them all.  It even has a housekeeper who is a decided nod to the Disney movie version’s “Mrs. Potts.”  You’ll never convince me otherwise.

So with all this, why did I say “mediocre execution?”

Well… because it was.  There are some serious flaws in A Dark Beauty–-ones I hate to mention because I really did enjoy the book.  I just also was left disappointed at the end.

For one thing, there is intrigue and a bit of a mystery that never gets solved.  We don’t know who did what or how. It’s as if once Dom and Georgianna are “together,” everything that conspired to make it happen as well as keep them apart doesn’t matter anymore.  What?  Why would you do this to me?

Add to that some strange anachronisms (more of the “unlikely” rather than impossible variety), and you have problems.

Some things I chose to overlook.  While Georgianna makes a couple of really stupid decisions, people do stupid things when they are grieving, scared, hurt, or otherwise have their minds occupied by trouble instead of using the sense God gave them.  I get that. In fact, as stupid as they were, they fit the story well.  They made her human and flawed.

I just wish I didn’t feel as if A Dark Beauty fizzled out at the end.

This is mostly due to a bit of deux ex machina for some of the elements that did “just happen” to work out.  Well, that and a genius plot involving Queen Victoria that we never find out the source and true plan of. It’s rather vague, contrived, and left unfinished.

And yet I liked the book. I’m glad I requested and received a review copy of it. It was an enjoyable read. No, I didn’t love it, but I’m not sorry  I read it, and I really do love Dom, Georgiana, Smith, and Mrs. Gill. They carried the book when the story flagged.  In my opinion, that counts for something.

I loved Clarissa Kae’s Of Ink and Sea, and she has a Cinderella retelling coming out in fall. I look forward to reading it. 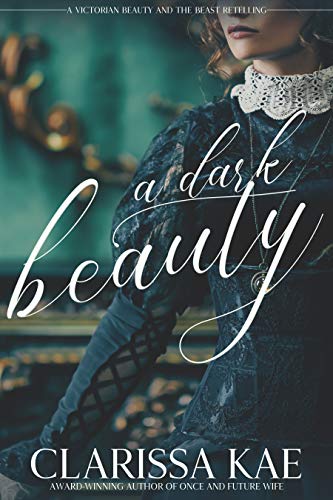 A Victorian Twist on Beauty And The Beast

Bold and brilliant, Georgiana has a gift for fixing machines—from clocks to carriages—while her father has a penchant for finding trouble. In an accidental fire, Georgiana and her father scar the once handsome face of Lord Pichon, cousin to the queen.

Rumors of Georgiana’s gift raise her family’s status. Her incomparable beauty captures the eye of many gentlemen and the wrath of Lord Pichon. Abandoned by his peers and alone in his cold castle, Lord Pichon is determined to enact revenge.

When Georgiana’s father makes a terrible mistake, she sacrifices herself to pay his debt—as a lowly maid in Lord Pichon’s castle.

Her wit and warmth begin to thaw Lord Pichon’s estate, making him question his version of the past. Will her kindness break the beastly lord, or will he hold her family hostage forever?

Previous Post: « Meet a Brand-New Women’s Fiction Author in an “Old” Favorite
Next Post: Dead Man’s Watch Did It. It Made Me Believe the Lie. »