If anyone asks me, “Where should I go to find a good book to read,” you might assume I’d say, “Um, the library” or “a bookstore, duh!” Even, “Amazon,” would suffice, right?

Nope. I say, “Check out Avid Readers of Christian Fiction on Facebook.” Why? Because that place has seriously good book recommendations. I see it every day, “I’d like something set in the 1930s.” A dozen… or two… or five suggestions appear.

Another person asks for books about foster kids. Insert about fifty other suggestions.

“I’m looking for a book set in Zimbabwe with Irish settlers who only speak sign language. What do you suggest?”

No, I haven’t seen that request yet, but let me tell you. If someone made it, someone would have a suggestion.

But some books get mentioned over and over—in waves. Sometimes they follow new releases. That makes sense, of course. Other times, though. You know it. The book has to be good because for months, every time someone asks for another “good read,” you see the same book—even older ones.

Redeeming Love by Francine Rivers. Someone suggests it at least once a week. The House on Foster Hill. That one makes every list it can possibly fit in. Then there’s a sequel coming, and the recommendations are already flying—by those who haven’t even read it yet!

And one other book that I kept seeing in an almost perfect parody of a scene from Miramax’s adaptation of Emma. The entire community, all 10K readers of it, seem to shout, “It left us speechless, quite speechless I tell you, and we have not stopped talking of it since.” 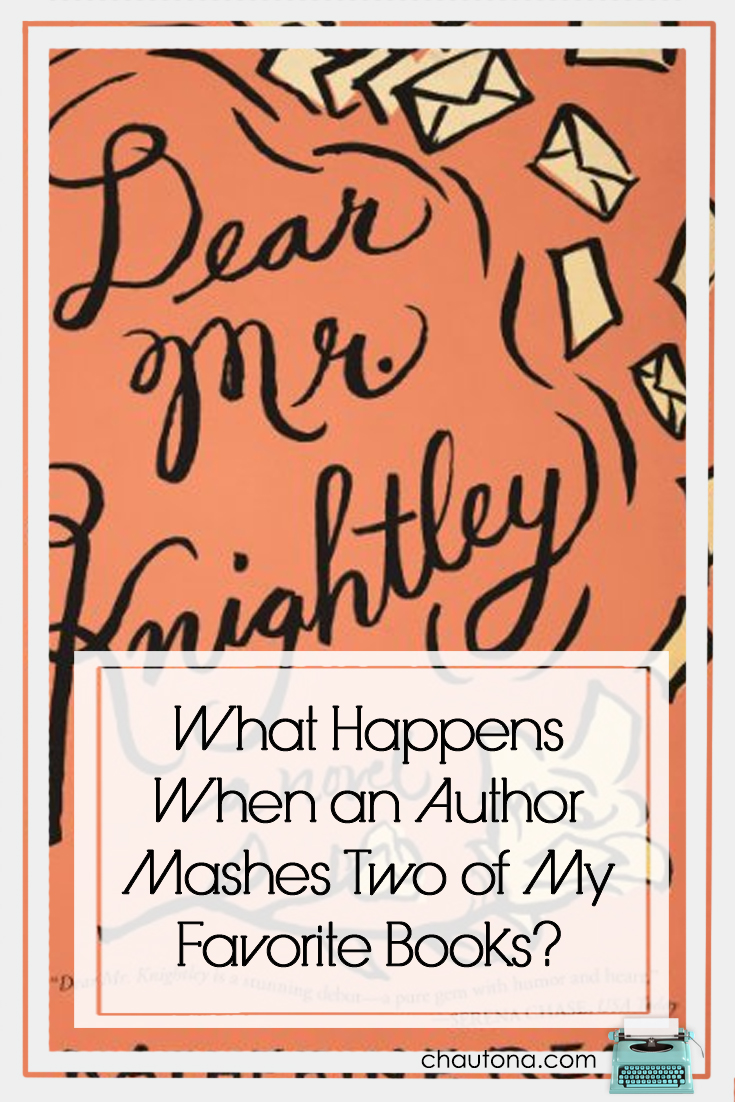 Note: links may be affiliate links which means I’ll receive a small commission but it won’t cost you anything extra.

What Happens When an Author Mashes Two of My Favorite Books?

Okay, it’s more than these two. Ms. Reay manages to crawl into my head and heart and pull out some of my favorite quotes from many books. But better than that, she pulls out the characteristics of characters from those books. Still, no one would argue that Ms. Reay has definitely improved her mind (and now ours) “by extensive reading.” 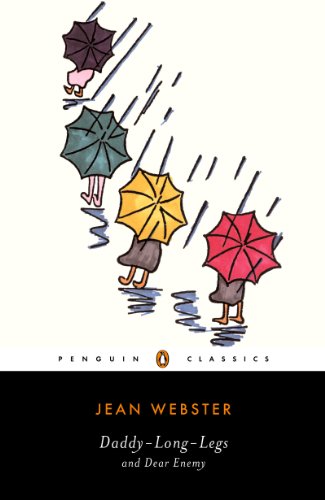 The adventure begins with the delightful epistolary style of the book. Instead of Jerusha a.k.a Judy from Daddy Long Legs, we get Sam(antha) Moore. Both are college students, both have seriously sad pasts, but Ms. Reay didn’t just copy the book idea bit by bit. She kept just enough similarities to make it a recognizable story but gave her characters their own lives.

The complexity with which she layers each character in Dear Mr. Knightley shows keen insight into humanity as well as a commitment to make this story her own. It would be tempting, in a project like this, to take the familiar, just rehash it in modern situations and ideas, and call it good.

And with Katherine Reay’s writing skills, it probably would have been.

But she went beyond that. Instead, she used the potentially familiar to give lovers of Jean Webster’s work extra foreshadowing while not leaving the clueless, well… clueless. And she did it with characters instead of mirrors. *nod to Agatha Christie… check!*

The spiritual element of the book surprised and delighted me. I’ll admit that when I saw none at first, I wondered if it was truly “Christian fiction.” Oh, me of little faith.

In some ways, the spiritual element is where this book shines the most. Not because it announces it in that silent way that Mrs. Walker flashes her superiority and disdain, but rather as Mrs. Muir shows her quiet support during a difficult conversation. And if you want to know what all that meant, you’ve got to read the book.

Have to read it, I mean. Because every element is so beautifully placed that one can’t help but want to gaze at it as if enjoying a display in an art gallery. No… no, that’s not it. That’s too pretentious for a book as down to earth and real as this one. It’s funny. This book’ll tear out your heart, and it’ll help build it back together again.

And long after the book ends, while you’re sitting there in the biggest “book drunk” imaginable (and how could it not be? You just inhaled a new book, written with a similar plot to another, with an element of a third, and quotes from some of the best books ever written….), you’ll rehash bits you didn’t have time to with the first read.

You’ll go find favorite parts—quotes that stay with you long after you’ve passed that page. Quotes that make you return and flip through the book, page by page until you find it. Not that I did that or anything. Ahem. Quotes like (in context of a group of rather shallow bridesmaids): Their conversations and concerns never dipped below the packaging.

So good. Dear Mr. Knightley is so very good.

Some characters will make you cheer. Others’ll make you weep and for opposite reasons.

And even if you’re a cold-hearted, unromantic, calloused old hag like me, you might even swoon a time or two.

Even better than that, you’ll walk away from this book feeling like you have new friends who will be part of your life forever—just like Anne Shirley or Elizabeth Bennet. Just like little Judy Abbot.

There are a few things to note—things that people may take offense at.

One subplot includes the assumption that she will sleep with her boyfriend. It seems a given. Without utterly spoiling the whole thing, I will say that there is a point to this, and I believe she treats the subject well and Biblically.

Additionally, there were two words I personally would have preferred not be in there. The first (if I recall position correctly), isn’t offensive in America, but Brits tend to think it’s pretty nasty. I don’t know why, and I really don’t want to. The second is not considered a foul word by about half the Christians I know. However, the other half, like me, avoid it.

My dilemma is which of Ms. Reay’s books to try next…

Previous Post: « 7 Reasons I Think You Need a Journible Now!
Next Post: I Gave This Author a Second Chance, & This Is What I Thought »

The Because Fiction Podcast
Taking the pulse of Christian fiction
Episode 63: Historical and Historical Romance Author Chats
by Chautona Havig

And as I studied the different stories,  time periods and themes, I realized something important about historical fiction.

It teaches us how no matter how different times and places are, people remain the same.  We love, grieve, hate, fear… People wage war and reconcile.  We sin and repent. In the end, all we have is faith or we flounder trying to understand why life is the way it is.

In today’s episode, I spoke with three authors and learned what they wrote, why, and got to know a little bit about each of them.  First up:

Though she hopes for a quiet, uncomplicated life for herself, Dorothy Clark wants nothing more than to stir others up. Specifically, she dreams of writing something that will challenge people as much as Harriet Beecher Stowe’s Uncle Tom’s Cabin seems to have. But in 1850s Mesquite Springs, there are few opportunities for writers–until newspaperman Brandon Holloway arrives, that is.

Brandon Holloway has seen the disastrous effects of challenging others and has no intention of repeating that mistake. Instead of following his dreams, he’s committed to making a new–and completely uncontroversial–start in the Hill Country.

As Dorothy’s involvement in the fledgling newspaper grows from convenient to essential, the same change seems to be happening in Brandon’s heart. But before romance can bloom, Dorothy and Brandon must work together to discover who’s determined to divide the town and destroy Brandon’s livelihood.

With this second novel in the Mesquite Springs series, bestselling author Amanda Cabot invites you to discover the healing power of truth.

Next up!  Jill Eileen Smith and her Biblical Fiction in Miriam’s Song

In her eventful lifetime, Miriam was many things to many people: protective older sister, song leader, prophetess, leper. But between the highs and the lows, she was a girl who dreamed of freedom, a woman who longed for love, a leader who made mistakes, and a friend who valued connection.

With her impeccable research and keen eye for detail, bestselling author Jill Eileen Smith offers this epic story to fill in the gaps and imagine how Miriam navigated the challenges of holding on to hope, building a family in the midst of incredible hardship, and serving as a leader of a difficult people, all while living in her brother’s shadow. Follow Miriam’s journey from childhood to motherhood, obscurity to notoriety, and yearning to fulfillment as she learns that what God promises he provides–in his own perfect timing.

And last but not least, Marguerite Martin Gray and her Revolutionary Faith Series

A town besieged by the enemy with just one Sovereign order: wait.

With the inevitable occupation of Charles Town by the British pounding at the gates, Louis Lestarjette braces for possible imprisonment or worse. How can he provide for his growing family with the evil chains of the enemy binding his source of existence? The scenarios of imprisonment and starvation force him to realize he has no control over the outcome of the stronghold of the British. All that remains is a sense of survival at almost any cost.

Elizabeth Lestarjette faces looming confinement with both a drive to protect her children and a desire to do her part to undermine the enemy.  They must thwart the British plans to imprison more men, but how?  Who can they trust?

Just how long will Elizabeth’s confidence in justice withstand the constant battering of war and circumstance?

Discover the destiny of the Lestarjette family in the final book of the Revolutionary Faith Series as they hope and wait upon deliverance from a world under siege. 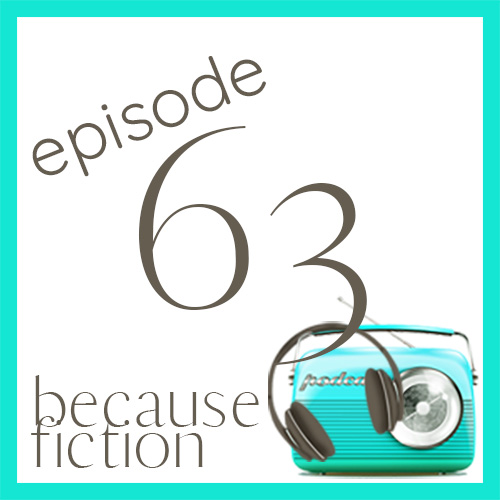 Adorable... Pretty sure this is the first time I'v

Happy Mother's Day! On this day of flowers, cards

I woke up to find that Mom made broccoli soup. Mmm

When you're writing about desert bookstores, what