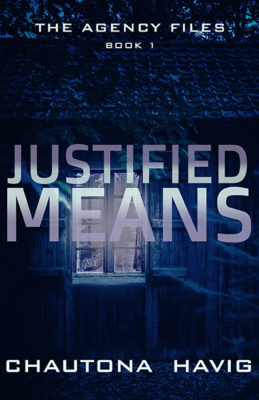 How could she not be terrified?

When Erika Polowski is abducted from her bed and held captive without explanation, she has one goal. Get away before they kill her.

Keith Auger’s job as an agent is to keep Erika safe—even if it means keeping her locked in an abandoned cabin in the middle of nowhere. At gunpoint.

What should be a routine “involuntary extraction” goes south when someone finds out where they’re hiding. Add to that a coworker with a chip on her shoulder and too many unexplained “accidents,” and it all adds up to one unlikely, terrifying explanation.

There’s a mole in The Agency.

He’s promised to protect her, but can Erika trust a man whose job it is to hold people against their wills? Does his deep faith make it any better or just a whole lot creepier.

The Agency Files: They’ll do whatever it takes to keep their clients safe. Period. Grab this first book in the series today.