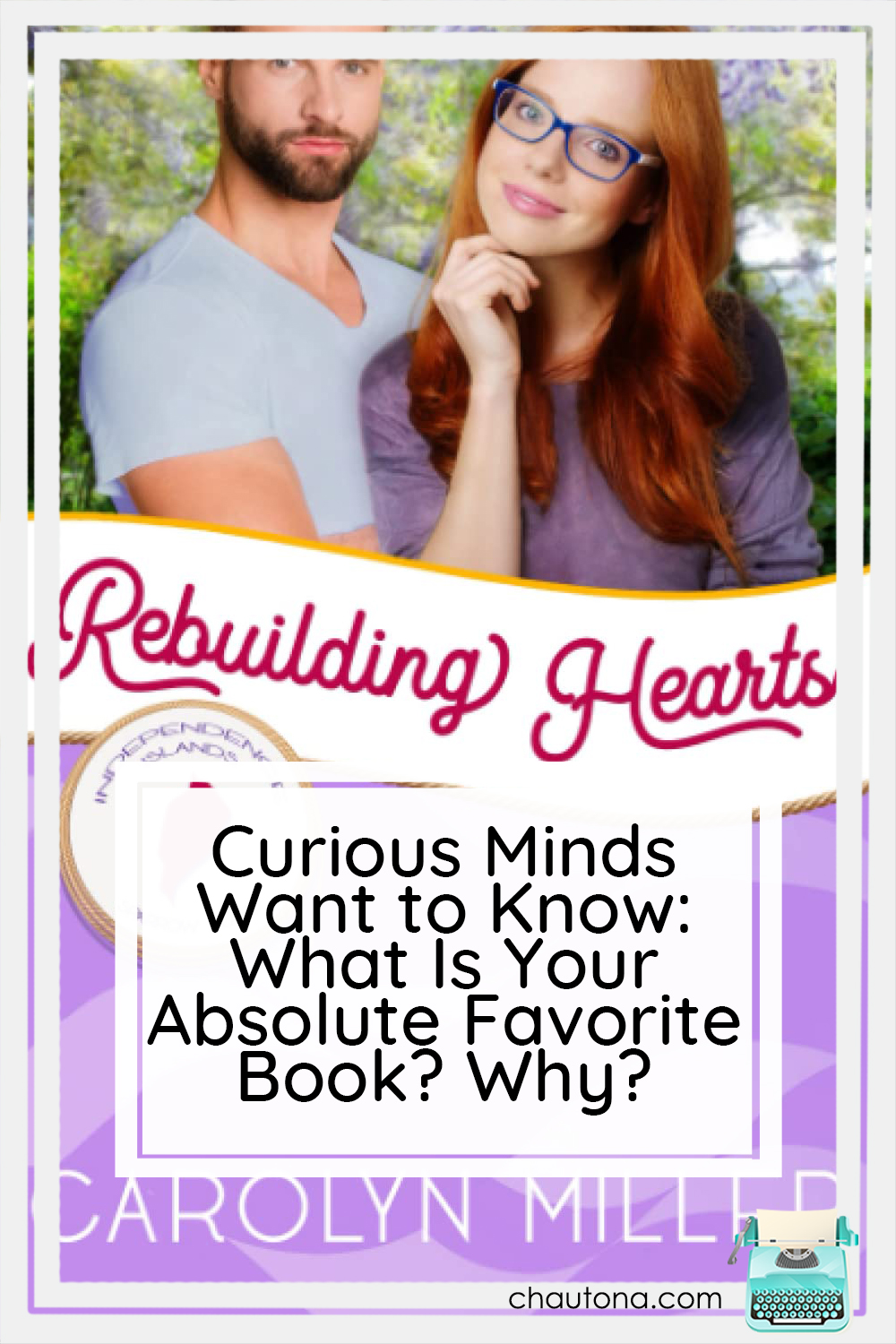 My daughter grins first at me and then over at her siblings. They pretend to be upset, but mostly they just roll their eyes. After all, next week, or perhaps tomorrow, maybe even five minutes from now… Yep. It’ll be their turn. My “favorite child” changes faster than a toddler’s opinion of his favorite food.

I try to remember that when someone asks the rude, obnoxious, and otherwise cruel question: “What is your favorite book?”

Because it really is like asking who my favorite child is. With nine kids, I’m totally outnumbered if I irritate them too much. It’s even worse when a book I thought I hated turns out to be great the second time I read it. Yes, I reread books.  I even reread ones I didn’t like to find out if I can articulate why better.  And… yep. I even change my mind on those.

The reverse is true as well.  I can love a book today. It just hit a sweet spot I didn’t know I had.  And BAM!  Reread to get all the vibes all over again and…. fizzle, sputter, splat.  Total flop.  Why did I think that was a good book?

And still, I sit here without an answer to the question before us:

Curious Minds Want to Know: What Is Your Absolute Favorite Book? Why?

If you asked for this year, I could narrow this down to maybe five.  The Gold in These Hills, Rose Among Thornes, The Words Between Us… so many good ones.

If you asked the most inspiring (and all of this is obviously outside the Bible) book… I could give you A Tree Grows in Brooklyn and why that book made such an impact on my life. I almost did that, you know. But seriously, I have several posts here about that book already. We don’t need another, and it’s not actually my favorite book of all time.  Is it?

So here I am back at square one. And I’ve decided how to narrow it.  Out of thousands and thousands (not an exaggeration) of books I’ve read, I’m narrowing it down to almost thirty because, after all, this is to celebrate Carolyn’s new release, Rebuilding Hearts. So I’m going with my favorite book of the Independence Islands Series and why. I hope I don’t stomp any feelings here. I could easily name one from each author as a favorite, but Carolyn Miller is to blame for this. That’s all I’m saying.  😉

So… favorite book of this series so far?  I’m going with Kari Trumbo’s Sweet Rivals.  I could have chosen Tabitha Bouldin’s Falling for the First Mate or Melissa Wardwell’s Blessings in the Bargain.  Maybe Rachel Skatvold’s Elnora Monet or one of my books (I’ve loved writing them, after all). Hey, I could even have chosen Carolyn’s release from yesterday, Rebuilding Hearts.

But I’m choosing Kari’s Sweet Rivals because I want this book as a movie.  It has everything Hallmark wants in a movie (romance, tension, super-cute couple) and everything I love in a book. The characters aren’t carbon copies of ones you’ve read in every romance.  There’s depth to the story and its subplots. And… it has a strong faith element that doesn’t whack you upside the head like a fire and brimstone preacher in your sleep.

Kind of like I do for that first five seconds after naming xyz kid my favorite. But as I said there… this could change the second someone says, “Oh, remember what Rachel did in Stranded on Sparrow?”  Or, “Didn’t you love reading Thaddeus’ story?”  That’s fine.  It’s this minute in time right now, right here, gun to my head.  Favorite Independence Islands book… until it’s not… Sweet Rivals.

But seriously… Carolyn’s Rebuilding Hearts… I’m telling you… Check it out. 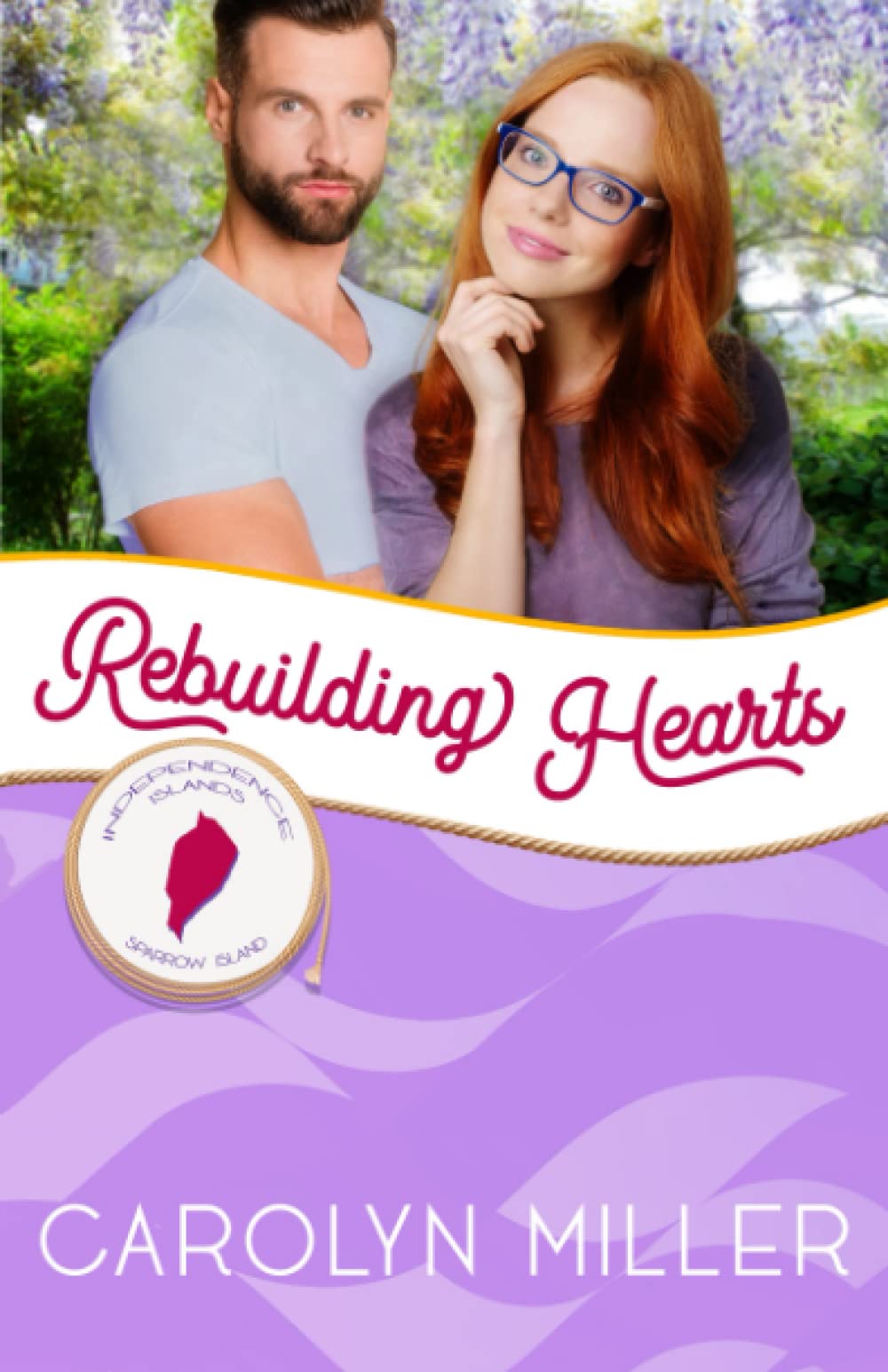 Who knew a bank robbery could show a girl that good guys still exist?

Tim Franklin. Quiet, shy, almost incapable of speaking to a girl, and a budding horticulturist. Oh, and he survived a bank robbery five years ago, not to mention its resulting trauma.

Bookworm Bella Dwyer just wants to feel safe, and Tim’s actions during the robbery made her believe there might be guys who live up to her fictional heroes. Trouble is, a chance with Tim seems as remote as this year’s celebrity heartthrob.

Instead, she settled for a relationship with a guy who’s commitment-phobic.

So when Bella encounters Tim on tiny Sparrow Island, the challenges of her past and present collide, and she questions whether there really is a future with a man who can’t commit.

In a leap of faith, Bella dumps her boyfriend, even before shy-guy Tim can make a move. But in wanting to live by faith and conquer fear, has she made the right choice, or are her hopes for freedom and a future destined to fail?

The Independence Islands authors are at it again!

Join us for fun, prizes, and all about our favorite books to celebrate Carolyn’s release of (a really great book, that now that I think of it, also would make a great movie. Just sayin’!)!

Get your entry in for prizes here and on each blog!