I’ve had a few questions via email, in person, online, chatting, etc.  So, I thought I’d share them for the rest of the folks too!

Q:  What is Everard?  When will it be available? 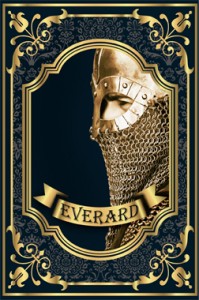 A:  Everard is my second in the Not-So-Fairy Tales Collection.  It is started, planned, and it’s unlike any fairy tale I’ve ever read.  Who ever heard of an incredibly shy prince who faces the most terrible foes known to man (in that part of the world anyway) but quakes at the idea of speaking to strangers or talking to a girl?  BLECH.  Prince Charming he’s not… but he’s awful charming for such a shy prince!  Everard should be available within six months, but as we’ve all seen, these things can go much faster and even more slowly than thought or planned.  Oh, and another little tidbit… it’ll eventually be loosely related to Paisley-– sort of.  Not until we get to The Princess of Congolondia… but that’s a while off.

Q:  What book is next after Beneath the Cloak?
A:  I’m already writing Here We Come, the final book in the Aggie series, as quickly as I can get the story out of my head and onto “paper.”  I’m 25K (that’s thousand!!!) words into it and wow… I’m going to have to cut a lot of ideas to make it all fit!  I hope Here We Come will be ready to ship by November first.  Hey, I can dream!

Q:  Is Wynnewood really over?
A:  Well, that depends upon a lot of things.  I actually had to give myself permission to write more Wynnewood in order to let myself finish the job of writing Beneath the Cloak.  Every time I went to work on it, I was so discouraged that most of what I wrote was garbage.  I don’t think I’ve ever rewritten anything so thoroughly as this book.  So, all of that is to say, I have plans for three more books.  They won’t be about Dove and Philip, however Dove and Philip will appear in them.  At this time, I plan for a book about Aurelia, one about Liam, and possibly one about Letty.  We’ll see.  I was also considering stories about the Maete and just bringing Wynnewood in as it fits.  Who knows, maybe we might learn a bit more about Dolfin.  What, you don’t know him?  You will… yes, yes you will.  Both ideas appeal to me.  What do you think?

Q:  Will Craig be illustrating any future books?
A:  To be honest, I haven’t asked.  I feel as if I have shamelessly used this generous man.  I would truly feel absolutely greedy to ask for anymore from him.  That being said, if he offered, I’d jump at it before he had a chance to change his mind.  As for the Wynnewood books, my guess is that I will commission the reuse of the maps he’s already made unless he’s dying to do more.  I just can’t imagine it.  The hundreds of hours he puts into those maps are paid for in pennies per hour.  I feel like Dick Turpin! 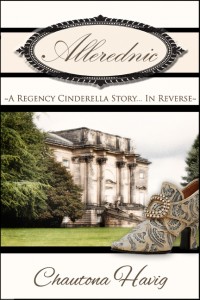 Q:  What other things have you been working on lately?
A:  EEK!  You found me out!  Yes, I’m often working on other things when I need a fresh eye on a current project.  For a week in July, I worked solely on a historical novel I’m doing– Allerednic (pronounced ALLARD-niche– because I’m the author and I can, that’s how!).  It’s an expansion of a short story I did for a class.  Set in Regency England (the time of Jane Austen’s novels), it’s sort of a Cinderella story in reverse.  She has a charmed life, beloved stepmother, charming younger step sisters, and a young gentleman that just might be THE one… until she takes it all away from herself.  Yessiree!  She does it to herself.  No worries… it can’t be Cinderella in any form without shoes left at balls and a happy ending!  I am also fiddling with another historical book– Deepest Roots of the Heart.  It takes place in California just before the gold rush.  A young woman and her father come to California to claim an inheritance– and Cherith finds herself alone in a place where she knows no one and cannot converse with the one man who wants to be her friend.  Ruiz Carrillo is the proud owner of a rancho in the Napa valley.  He has said for years that the Americanos must show respect.  If he moves to their country, he would learn their language, but they come to his territory and should learn the language of the Californios.  A red-haired, freckled girl named Cherith captures the old man’s heart and he finds himself learning English in spite of himself.  Then there’s the occasional delve into Everard and half a dozen other stories.

This was so much fun to reread. I deleted “coming soon” stuff, because, well, that’s no longer valid!