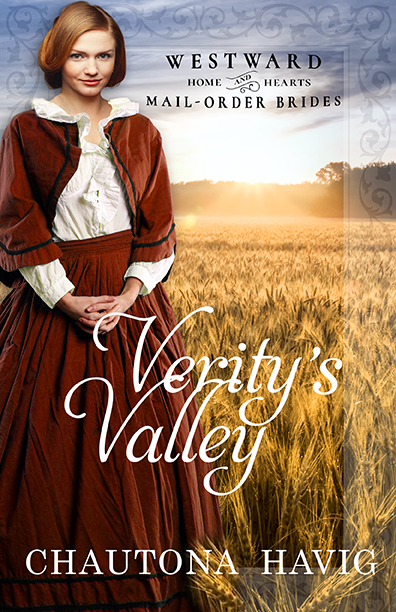 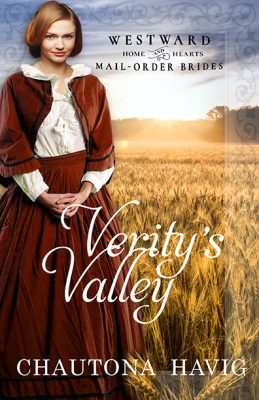 Etta Lewis is dying, but she won’t surrender until she finds a wife for her son.

So she’d better get crackin’ because when the good Lord said it’s not good for man to be alone, He must have been thinking of her Walter. The problem is, finding a girl who is worth the train ticket to meet her is proving harder than she’d expected. Maybe that matchmaking agency one of the local men used isn’t such a waste of money after all.

Desperate to flee a fate worse than death, or whatever those dreadful novels call it, Verity Prentiss contacts Mildred Crenshaw of the Westward Home & Hearts Matchmaking Agency and offers herself to the first man Mrs. Crenshaw thinks suitable.

They’ve nothing in common. Verity doesn’t even know if he’s capable of caring for someone, but he’ll keep her safe.  His mother assures her he will and that he loves deeply. She’ll just need to give him time.  Add to that encouraging news, the fact that she nearly died on the train, and Verity wonders if she shouldn’t have taken a train to Niagara Falls and hopped in.

As for Walter, he trusts his mother, but even the best of mothers make mistakes. When Verity falls ill he’s left with sole responsibility for the farm and two women. “Wedded bliss” my eye!

Other Books in "Westward Home and Hearts"