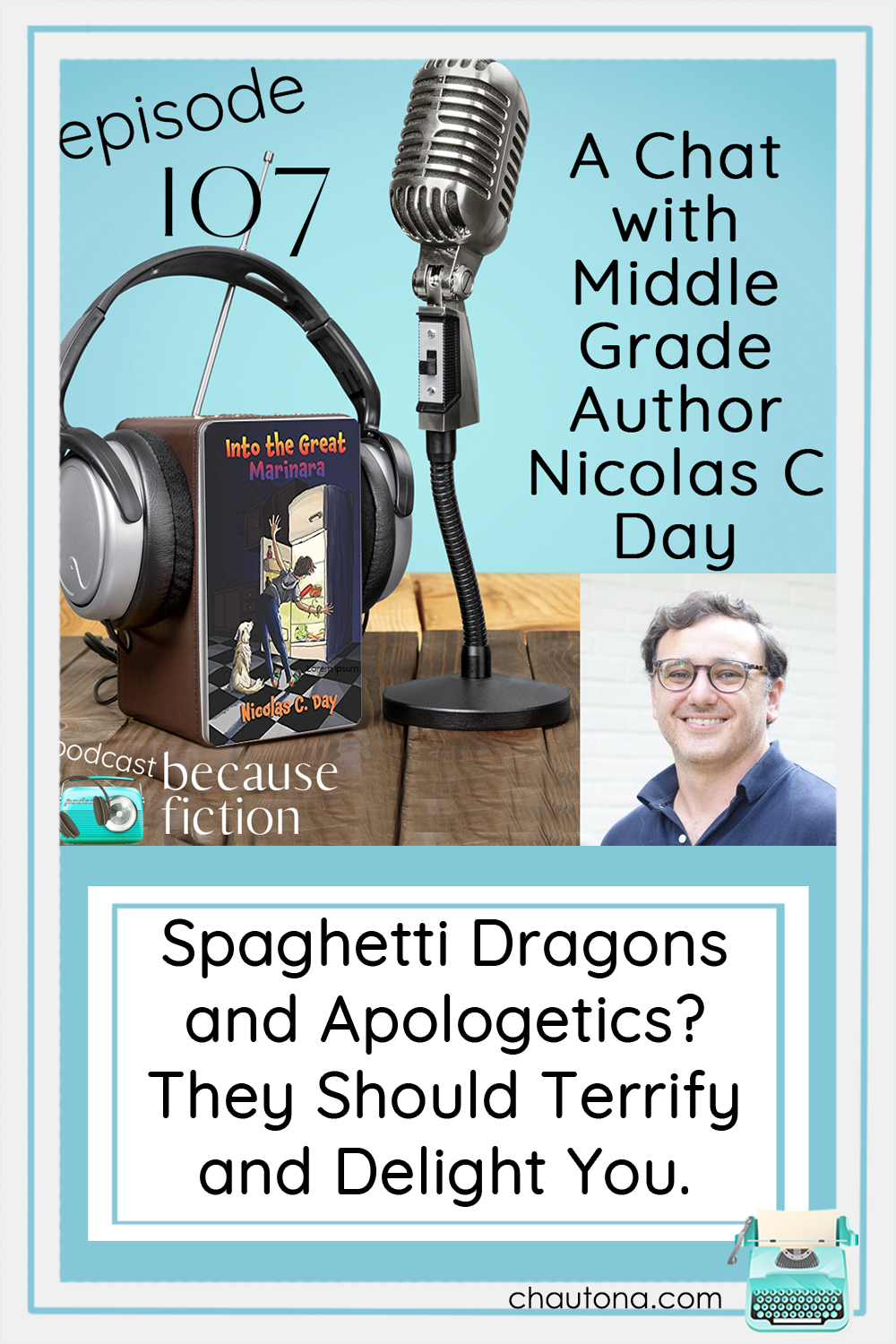 When I learned about Nicolas C. Day’s middle-grade book, Into the Great Marinara, I had no idea what to expect.  However, there’s absolutely no way I could have imagined a story about a boy with control issues falling face-first into a plate of spaghetti and landing in a world where he had to confront his own erroneous ideas about God!  In this episode, we chat about the book, Nicolas’ writing process, and more.

Spaghetti Dragons and Apologetics? They Should Terrify and Delight You.

When I showed the cover and synopsis of Into the Great Marinara to a couple of friends, they both had the same reaction.  “So, it’s Cloudy with a Chance of Meatballs but Christian?”

Okay, so that’s not really the story, but there’s something to it.  Nicolas C. Day says it’s more like, “Lord of the Rings meets The Phantom Tollbooth in an Italian restaurant.” But seriously, how hilarious is that?

He got the idea for the book because of some atheistic comment about some Spaghetti god (or was it dragon?)  I can’t remember. But apparently, this is a thing. So, we have a story about a kid who ends up in this “spaghetti world” where pasta fight for the “Chef” against a spaghetti dragon.

Now, I know… this sounds ridiculous.  I won’t pretend it doesn’t. But what I read of it didn’t feel as crazy as this comes off.  I’m probably making it sound much more bizarre than it really is.

But then again… maybe not.  After all, isn’t that what is so delightful about middle-grade?  It can tell a brilliant story with a deep message without ever taking itself too seriously.

But Nicolas C. Day hasn’t just written “this spaghetti book.”  No, there are plans to make it a series and he has plans for more!  How about YA fairies?  Yeah.  He’s talking about making those a thing!  EEEP!

Oh, and the book I recommended to him from Episode 6?  W. A. Fulkerson–not Fulkner.  Oy! 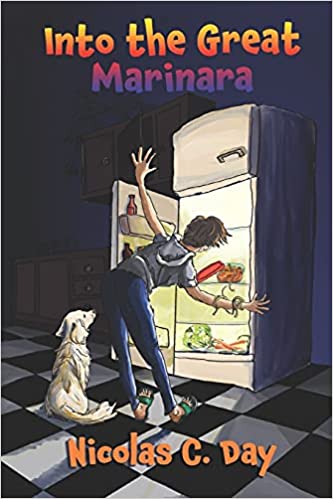 Into the Great Marinara by Nicolas C. Day

Tanner loves baseball, but he’s not a big fan of being bossed around by those in charge: his parents, his baseball coach, God—who, if he exists, surely doesn’t have time to spend on a small-town middle-schooler.

But Tanner finds his world rocked when he is sucked into a bowl of leftover spaghetti and shot into a land of talking pasta who carry swords and spears—all of whom believe in a mysterious higher power they call “Chef.”

Their world is under attack by a giant spaghetti dragon, and they seem to think Tanner is the one sent to save them. Tanner is faced with hard decisions.

Is this “Chef” actually God, and does He really exist? If so, is Tanner going to act according to his own devices to find a way home, or put his faith in the master recipe-maker and follow his cooked-up plan.

Previous Post: « Are You Ready for a Delightful and Unique New Christmas Tradition?
Next Post: Why Do Authors Hate Me (or at Least Hate My Need for Sleep)? »