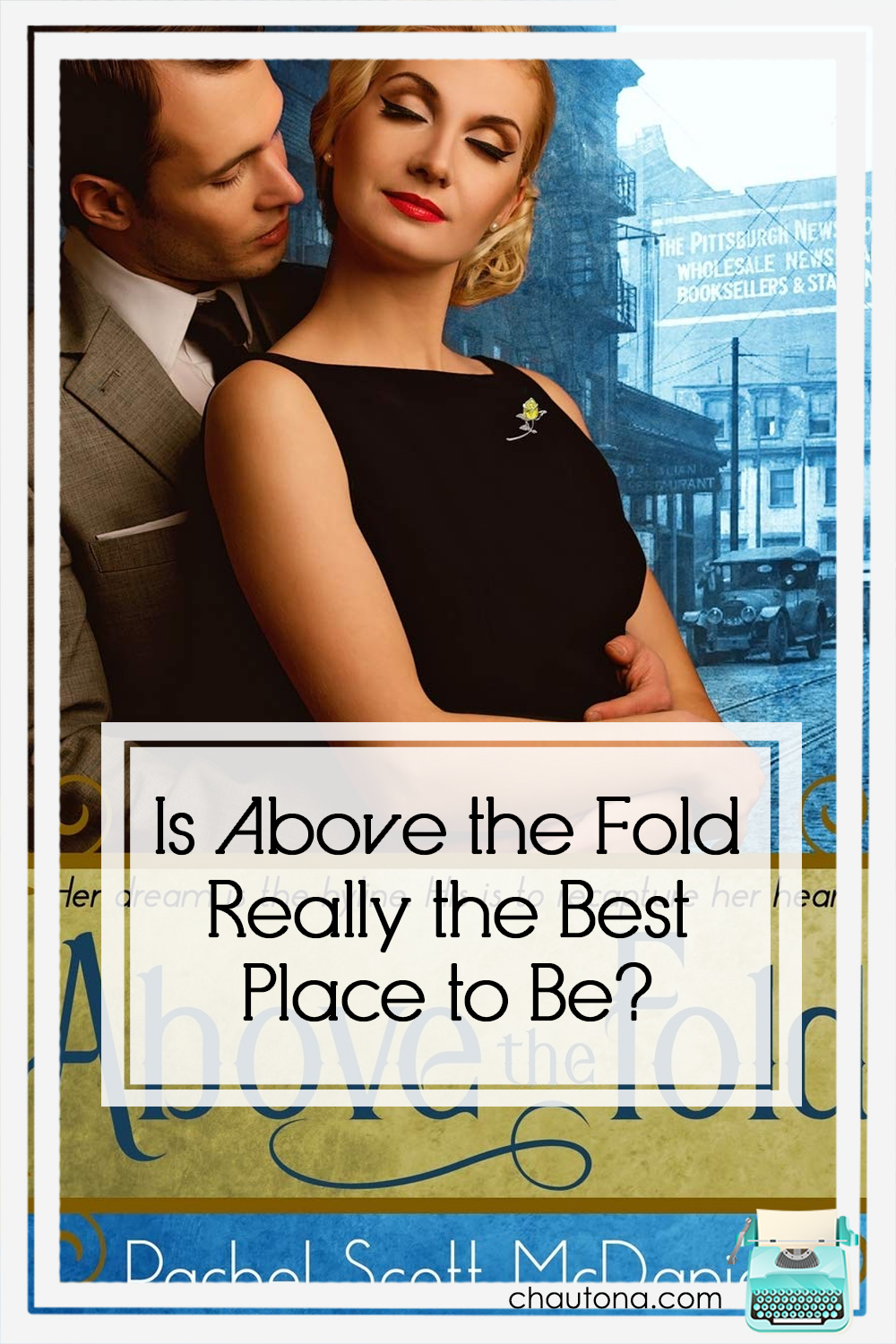 “I found a picture.”

Okay, so I should point out that I can’t remember who I said this to. Was it my friend? My launch team? In my Reader Group? Whoever I said it to wasn’t surprised. But I couldn’t stop talking about it.

“Can’t you see it? She could be Madeline’s daughter—a reporter. But with a mother like Madeline… she couldn’t help but be curious. And observant. Not only that, she’d be just about the right age in the 1920s…”

And just like that, I had a new series planned.

Is it any wonder that when I found out about a new book about a female wannabe reporter in 1920s Pittsburgh, I immediately decided to review it? Although I requested and received a free review copy of Above the Fold, I read it on Kindle Unlimited #becauselostbook.

Note: links are likely affiliate links that provide me with a small commission at no extra expense to you. Additionally, I was provided with a free copy of the book and chose to review it.

Is Above the Fold Really the Best Place to Be?

Well, if you’re a newspaper reporter, definitely. It’s such a big deal, that website designers still call the first full screen when you land on a website “above the fold.” So, what about the book? Um… I’d say behind Above the Fold is where you want to be… those words right in front of your eyes so you don’t miss a single one.

Why? So many reasons, but one of the biggest is that Rachel Scott McDaniel tackled a bunch of things that I usually groan to see and did them well. I can’t tell you all of them without giving some spoilers, but I’ll say this.

In novels, sometimes girls’ attitudes about why they won’t trust a guy grow old and tedious—predictable. You’ve seen that same thing, over and over again. It bores the brain. Ms. McDaniel seems to have walked in and said, “Someone has to do something decent with this idea, and if no one else will, then I’ll have to.”

Abandoned years ago, Elissa Tillman still smarts. Her childhood “traumas” still fester and affect her decisions. Everything she said and did had been tainted and influenced by her past, but in a way so believable it didn’t annoy. Thank goodness!

Okay, so I tend to figure out mysteries pretty quickly.

It comes from inhaling them from age about eight. Or so I assume. Did I know who did it and why pretty early? Most of it. But not all. And a surprising twist at the end really did catch me by surprise. It shouldn’t have. It wasn’t a cheap trick like some authors have done. There were plenty of clues. I just was so wrapped up in the story that I missed it.

For some foolish reason, I thought I’d remembered it being a Thomas Nelson book and was thrilled at the depth of spiritual truths layered into the story. Then I saw that I’d been wrong. Thank you, Smitten Historical Romance, for publishing rich Christian fiction. I’m grateful for the free review copy I was provided with, but I read the book on Kinde Unlimited. Maybe now I’ll find that copy… *whistles*

There’s more to Above the Fold than immersion into the 1920s newspaper and Prohibition scene. Amid speakeasies and the seedier side of Pittsburgh, a solid mystery, a beautiful tale of faith, and a troubled but tender romance flourish on the pages.

My first book to make my favorites of 2020 list. Impressive.

Recommended for lovers of Christian fiction, historical fiction, 20s fiction, and words. In the words of Publisher Tillman: “I work with words every day, but in the end, only His Word matters.”

Oh, and don’t’ let the lackluster synopsis/description dissuade you.  The book is a million times better. 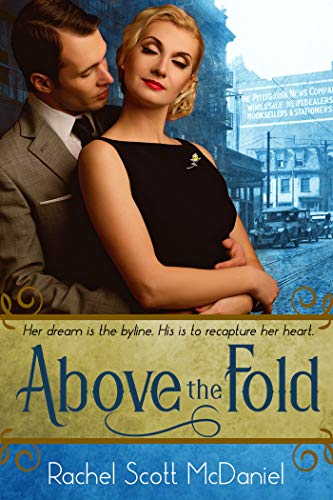 Book: Above the Fold

Confined behind a secretarial desk at her father’s struggling newspaper, Elissa Tillman longs for her father and the world to take her seriously—not just as a suffragette, but also as a full-fledged journalist.

Cole Parker regrets the day he’d abandoned Pittsburgh to chase a high-profile journalism job in New York, but now he’s returned to the steel city to amend his mistakes and win back the woman he once spurned.

The murder of a millionaire offers the perfect chance for Elissa to nab the headline and prove her skills. But there’s a catch. To get her story above the fold, she must compete for it. Her rival is none other than Cole Parker, the very man who shattered her heart.

Previous Post: « What Happened When King Met the King of Kings?
Next Post: Isn’t It Amazing How God Is in the Tiniest Details? »